All flights in and out of Glasgow Airport were suspended today after a security incident on board an easyJet flight, believed to have been sparked by a suspicious package.

The crew of the easyJet aircraft, which had just landed from London Gatwick, raised the alarm at 10.25.

All the crew and passengers on board the plane were evacuated by police, who are searching the interior. Flights were suspended for 22 minutes before restarting again. 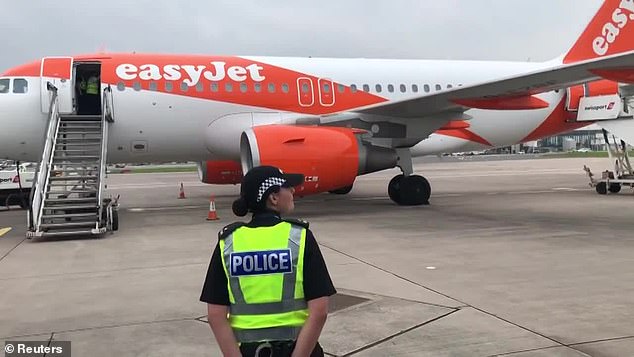 The crew of the easyJet aircraft, which had just landed from London Gatwick, raised the alarm at 10.25

The incident was related to a suspicious package, according to the BBC, although Glasgow Airport would not confirm that to MailOnline.

Easyjet said: ‘We can confirm that passengers on flight EZY883 from London Gatwick to Glasgow was delayed disembarking on arrival in Glasgow, purely as a precaution, due to additional security checks.

‘The passengers have been disembarked and taken into the terminal.

‘The safety and security of its passengers and crew is always easyJet’s highest priority and we would like to thank passengers for their understanding.’

A Police Scotland spokesman said as the incident was unfolding: ‘There’s been a security alert reported and officers are in attendance.’

The airport wrote on Twitter: ‘Operations have been temporarily suspended due to an incident declared on an inbound flight. Emergency services are currently in attendance.’ 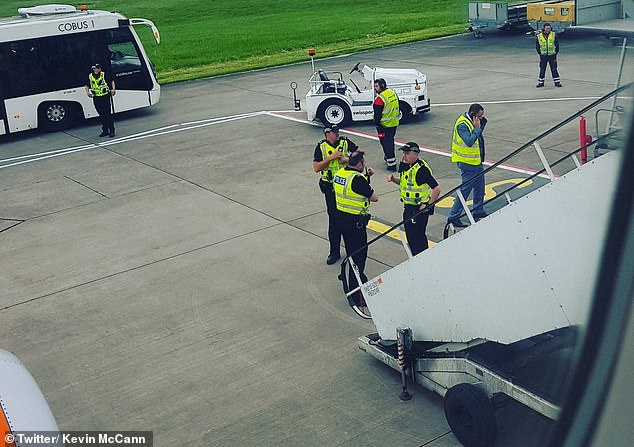 All the crew and passengers on board the plane were evacuated by police, who are searching the interior