The Senate Judiciary Committee move comes a week after the internet platforms came under fire for limiting the reach of a New York Post article critical of Democratic presidential nominee Joe Biden.

The 12 Republican senators voted for the subpoena, with Democrats boycotting over the accelerated hearings on Supreme Court nominee Amy Coney Barrett. 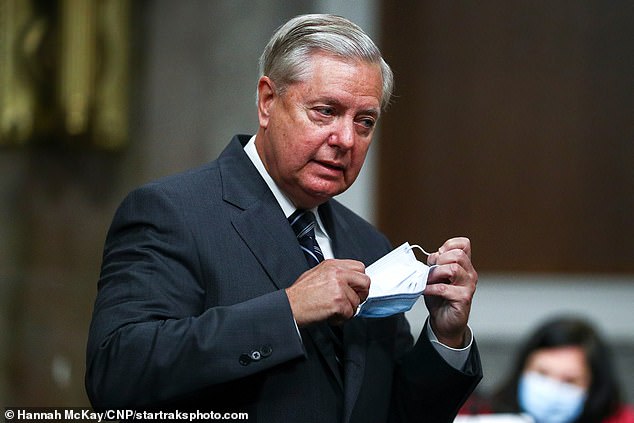 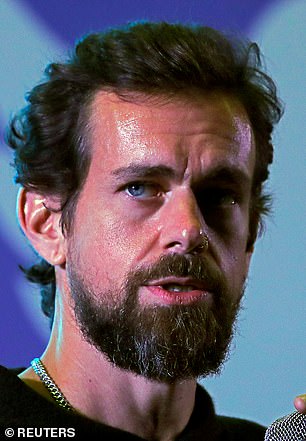 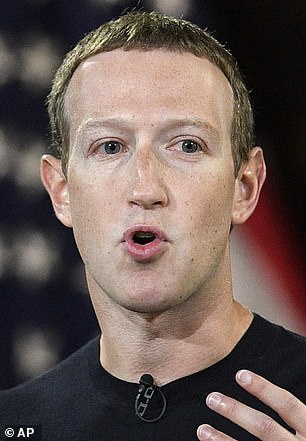 No date was immediately given for a hearing.

Politico reported that Republicans want to haul the tech bosses in front of Congress before the November 3 elections.

Committee chairman Lindsey Graham said that despite the abstentions from Democrats, ‘I think there’s a lot of interest on the other side (in) getting some of the social media folks here to answer questions about their platforms.’

He said the panel wanted to question the executives on their actions ‘relating to online content modernization.’

The move comes amid an intense assault on Big Tech from political leaders from both parties ahead of November 3.

Earlier this week the Trump administration filed a landmark antitrust suit against Google.

CEOs of Twitter, Facebook and Google are already slated to testify next week at a separate Senate panel examining the Section 230 law which offers liability protection for content posted by others on their platforms.

Republican Sen. Ted Cruz of Texas said last week he wanted Facebook and Twitter ‘explain why Twitter is abusing their corporate power to silence the press.’

President Donald Trump has made it a rallying cry with supporters on the campaign trail, railing against ‘big tech’ in the same breath as his assaults against the media.

February 2014: Yanukovych is deposed in a revolution which claims scores of lives and Burisma Zlochevsky is thrown out of government too

April 16: Burisma is secretly accused of money-laundering by Britain’s Serious Fraud Office. On the same day Archer meets Joe Biden at the White House. Six days later Archer joins the board of Burisma

May 12: Hunter joins the board of Burisma to improve ‘corporate governance.’ Hunter’s salary is later revealed to be $50,000-a-month. Burisma board advisor Vadym Pozharskyi who had met Hunter in Lake Como, Italy, days earlier, emails him asking to ‘use his influence’ to stop prosecutions. During the summer, the new prosecutor-general of Ukraine opens an investigation into Burisma

February 2015: Senior diplomat George Kent, on temporary assignment to Kyiv, learns of Hunter’s role. He phones a staffer at Biden’s office to it could ‘create perception of a conflict of interest.’ That month Viktor Shokin takes office as Ukraine’s prosecutor general, despite already being the subject of questions about his own links to corruption

April 17: Email from Hunter’s laptop shows Pozharskyi writing Hunter: ‘thank you for inviting me to DC and giving an opportunity to meet your father and spent some together.’

January 2016: Biden travels to Ukraine amid mounting international disgust at Shokin failing to tackle corruption. One of the concerns raised by the European Union and IMF is that he has failed to investigate Burisma. Biden tells Poroshenko he needs to go. He later boasts: ‘I looked at them and said: I’m leaving in six hours. If the prosecutor is not fired, you’re not getting the money. Well, son of a bitch. He got fired.’ Shokin in fact is finally removed from office in March after internal turmoil in Kyiv

2018: Trump’s attorney Rudy Giuliani starts ‘investigating’ the Bidens’ links to Ukraine, enlisting the help of Lev Parnas and Igor Fruman, who are now indicted on fraud charges. Ukraine’s latest prosecutor general announces he will investigate Burisma early the next year

April 12, 2019: Hunter – or a man saying he is Hunter – takes three damaged Macs to John Paul MacIsaac’s Apple repair shop in Wilmington, Delaware. MacIsaac puts data from one on a new hard drive

July 11: The laptops have not been picked up and are now considered ‘abandoned’ according to MacIsaac’s terms and conditions

Summer: MacIsaac claims he becomes worried about what he has seen on the laptop whose contents he put on a disk, and thinks he might be killed by a Biden associate for having it in his shop

Fall: MacIsaac either contacts the FBI or is contacted by them; he has said both

December 9 or 19: The FBI pick up the laptop, but MacIsaac has made a copy for himself. Giuliani later says the shopowner has made four. They give him a grand jury subpoena to hand it over, even though he was going to anyway

Early January 2020: The FBI tell MacIsaac not to talk to anyone and to stall if a Biden representative comes to get the laptop back

February: Trump is acquitted at end of his impeachment trial

May: On Giuliani’s account, MacIsaac hands over the hard drive to Robert Costello, Giuliani’s attorney, by this month at the latest as well as trying to give it to other Republicans

September 28: Bannon boasts to a Dutch TV interviewer ‘I have Hunter’s hard drive’

October 14: Post publishes emails and partially-clothed pictures of Hunter from the laptop – one of them with an apparent crack pipe – and says it has an 11-minute sex-and-drugs video. Giuliani promises there is ‘more to come,’ Republican senators promise to investigate but Democrats say the former New York mayor has ‘paraded with Russian agents’