Sex pest Labour peer Lord Lea, 82, is found guilty of bullying… on his way to a ‘behaviour change training’ session

A peer suspended by Labour over sexual harassment also engaged in bullying, a watchdog has concluded.

Lord Lea belittled a member of staff after a doctor appointed to give him ‘behaviour change training’ had difficulty getting into Parliament.

The 82-year-old, a former assistant general secretary of the TUC, was found to have breached the House of Lords code of conduct in a report from standards commissioner Lucy Scott-Moncrieff.

The complainant, known as QR, said they felt ‘belittled and undermined’ by the January 2020 incident.

Lord Lea has since written to QR to ‘apologise fully and unreservedly’ for his conduct, explaining he was ‘under some stress at the time’, but the way he addressed them was ‘unacceptable and wrong’. 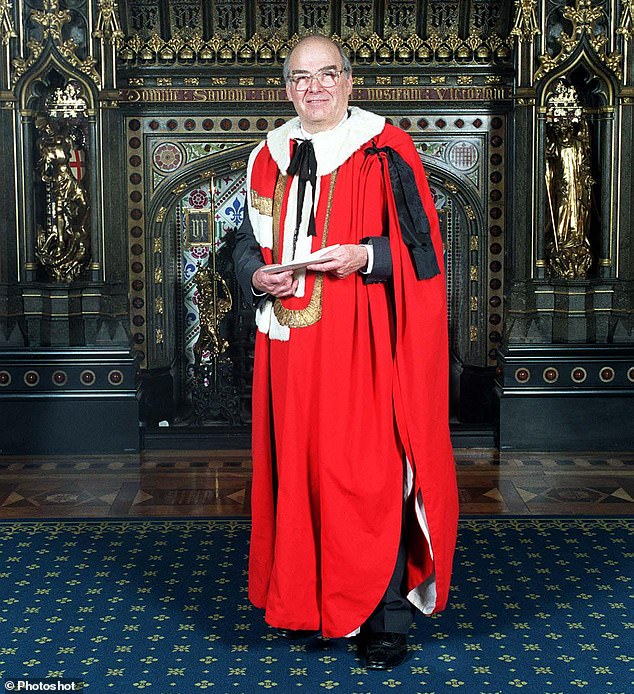 Lord Lea, pictured, belittled a member of staff after a doctor appointed to give him ‘behaviour change training’ had difficulty getting into Parliament

He also wrote: ‘I am not known for being a bully: I acknowledge having been very argumentative – highly audibly so – on that fateful day, concerning the predicament I found myself in regarding the apparent disappearance of my newly-appointed trainer and you said you had felt ”belittled” as a consequence.

‘I have from that very afternoon been undergoing counselling and bespoke coaching on how to change my behaviour and hopefully learned how to be far more measured and empathetic in my conduct in future.’

Lord Lea was suspended by Labour in January following an investigation by the standards watchdog regarding his behaviour towards women.

One described the peer as being ‘slightly stalkerish’, while another said he offered to write a ‘sexually suggestive’ poem that rhymed with her name.

This earlier report from Ms Scott-Moncrieff led to Lord Lea being referred for ‘behaviour change coaching’, the reason why he was due to meet his guest – referred to as Dr K – in January 2020.

Dr K had not been allowed to enter Parliament as he did not have a booking and was sent to another part of the estate. 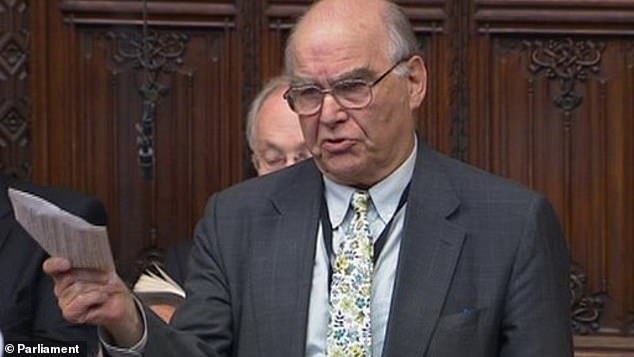 When QR reported this to Lord Lea he ‘became very angry, raised his voice’ and told them to get his guest ‘back immediately’.

The report added: ‘This was Lord Lea’s first meeting with Dr K after agreeing to remedial action in response to complaints about his conduct.

‘He was anxious that the meeting went well and was distressed that arrangements had not worked as he had expected.

‘He said he was already tense ahead of the meeting and, as this problem arose, he began ‘to feel very anxious at the prospect of a total fiasco’.