This is the shocking scene where suspected drug users were filmed passed out near a busy Tesco in scenes compared to zombie TV show The Walking Dead.

The video shows five people slumped, with some on the ground, near a store in broad daylight at Burngreave, Sheffield, south Yorkshire.

One man lays at the top of nearby stairs while another person is seen collapsed on a bench and a third is drooped against a wall.

The camera then pans towards a man sitting motionless on a wall and a woman sprawled out on the pavement.

Several ambulances are parked next to them near a Tesco Extra outlet.

The footage was shared on the Sheffield Online Facebook page where it quickly received more than 1,000 shares and 1,500 comments with users likening the scene to zombie TV show The Walking Dead.

One woman said: ‘This is a daily occurrence in Pitsmoor. Whenever I go to Tesco shopping I see them all sat around drinking and takings drugs.

Another said: ‘They really don’t have no shame, poor kids on buses etc will be seeing that it’s disgusting, no respect at all.’ 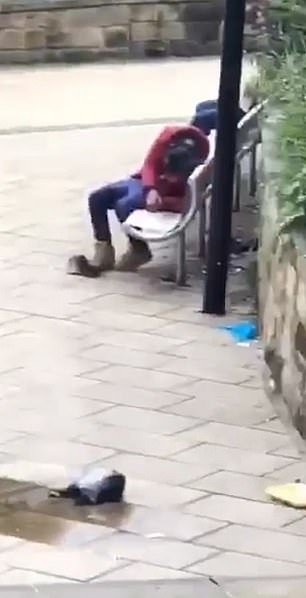 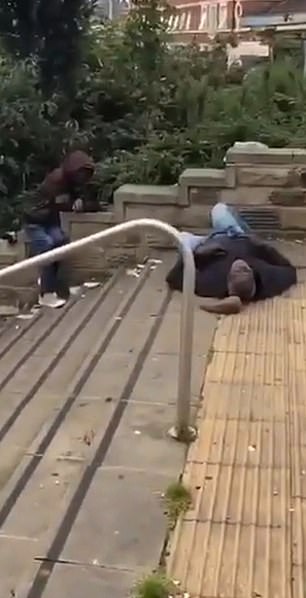 A shocked passerby filmed the scene outside a Tesco in Burngreave, South Yorkshire where suspected drug users were seen lying on the floor and slumped over on a nearby bench 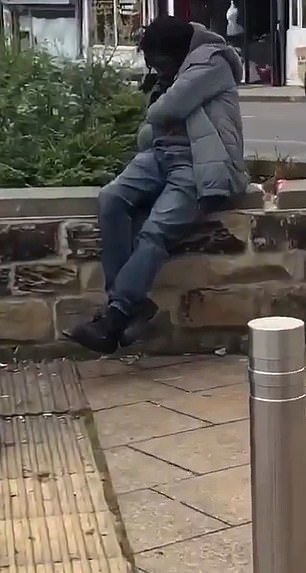 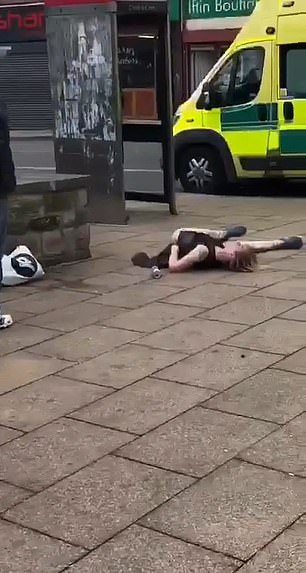 The video was shared on Facebook and re-shared more than 1,000 times with social media users quickly likening the shocking scene to the zombie TV show The Walking Dead

A third person added: ‘Whilst I understand why many of the comments are empathising with these drug abusers, it is a nightmare to be living here.

‘This is a sadly a common theme and occurs all the time in the area and residents fear for their safety.

‘I avoid even walking near the area and always take a bus or another route if I need to because the amount of drug paraphernalia and abusers are incredible.

‘Will the council finally take action and do something to make residents feel safe and okay in their own neighbourhood again? It’s frustrating.’

It is not known what substance they had taken.

Synthetic drug spice has been a scourge in Sheffield in recent years.

The highly addictive drug costs no more than £5 a fix and makes users fall unconscious.

Last year, Sheffield launched a drop-in spice clinic to deal with the chaos the substance was causing.

Drug recovery workers in the city estimated that around 300 people use spice in Sheffield compared with 4,500 who use heroin.