A GRIPPING video of six waterspouts swirling off the Louisiana coast has emerged as Gulf Coast residents brace themselves for not one but two tropical storms heading their way in the next few days.

Tropical Storm Laura, currently over Puerto Rico, and Tropical Storm Marco, just east of the Yucatan Peninsula, have complicated predictions as meteorologists can't tell if they affect each other. 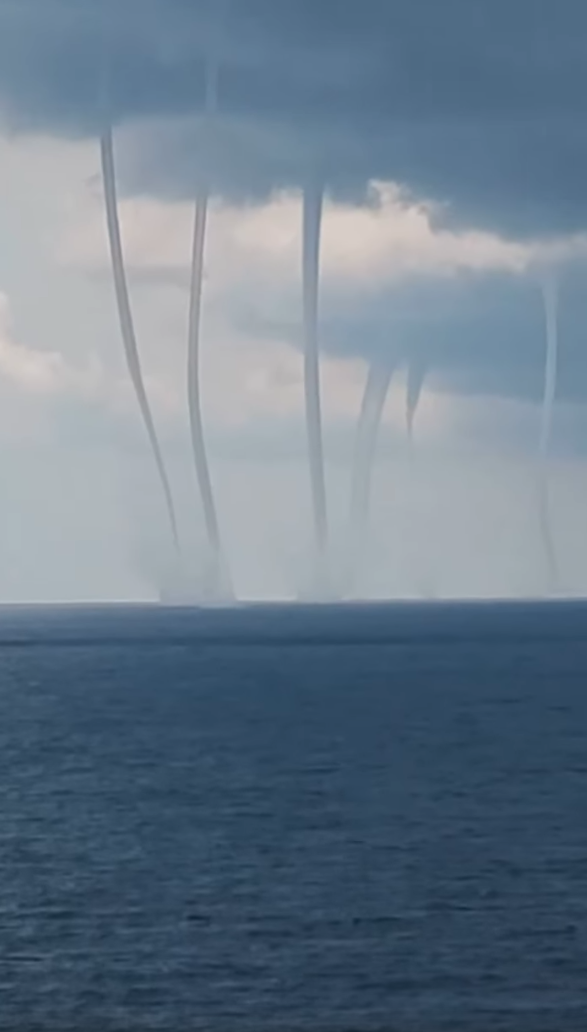 "In this case, it's tough to say at this point which storm will be the strongest. The storms could potentially interact with each other and that makes this forecast (or two) even more complicated."

If the storms merge, they would combine in a "Fujiwhara effect" – which happens when two systems are around 900 miles from each other.

This could cause the systems to "dance" around a common center, according to the National Weather Service. 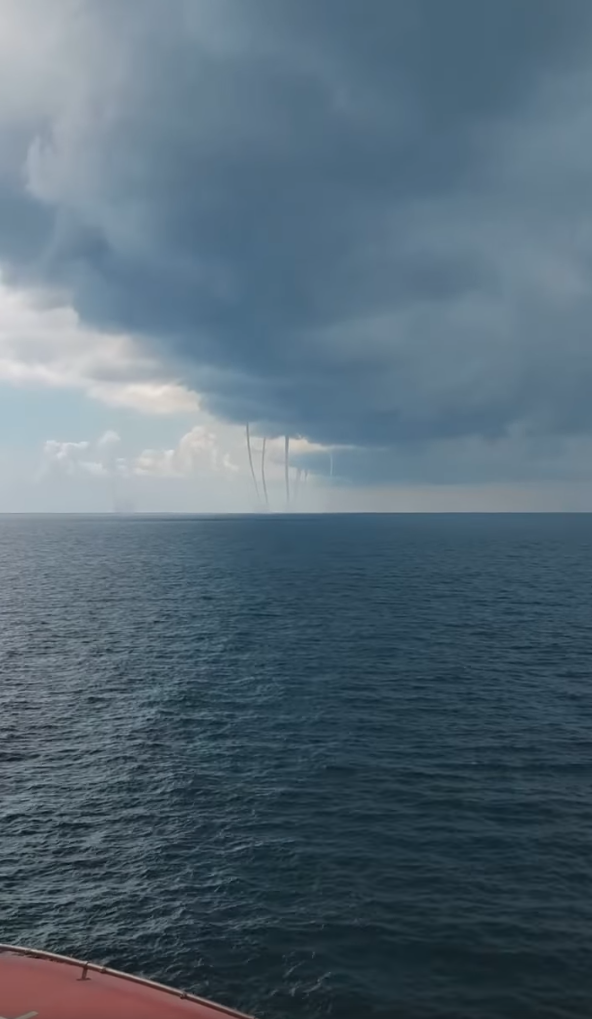 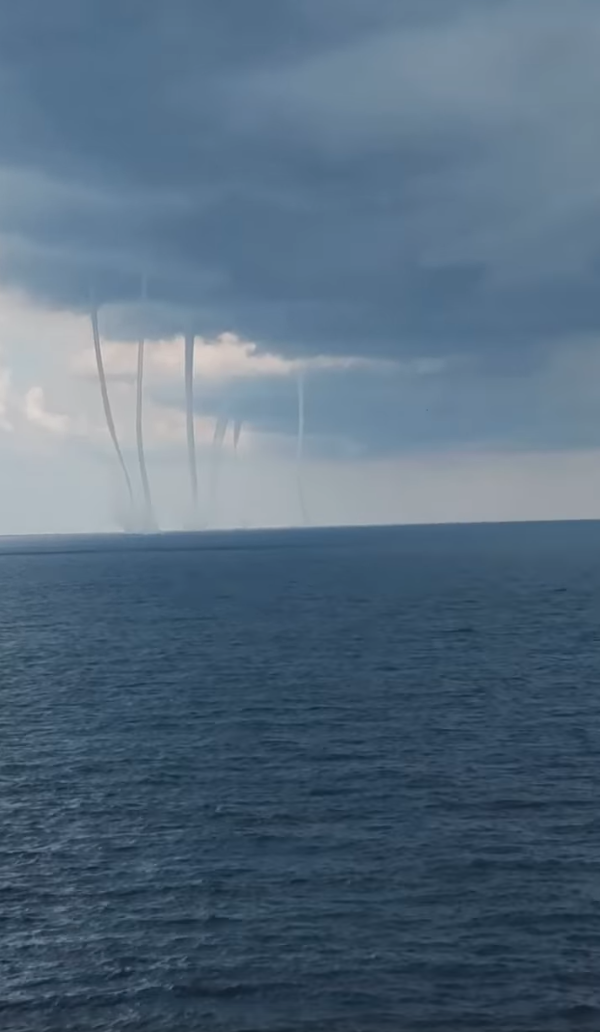 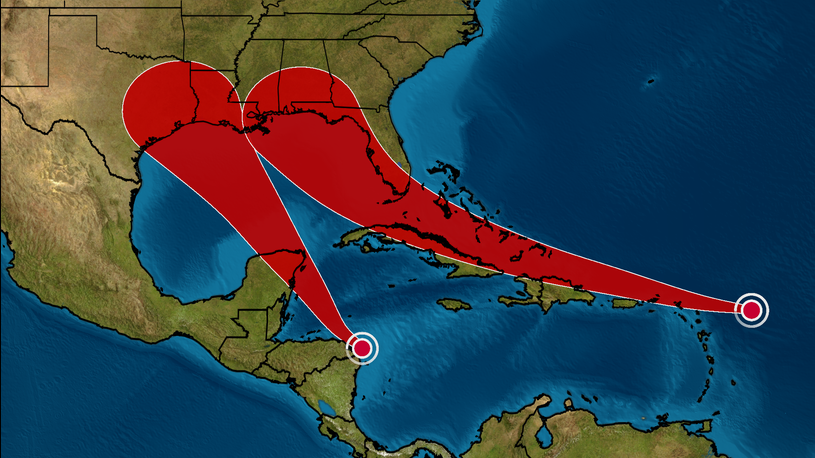 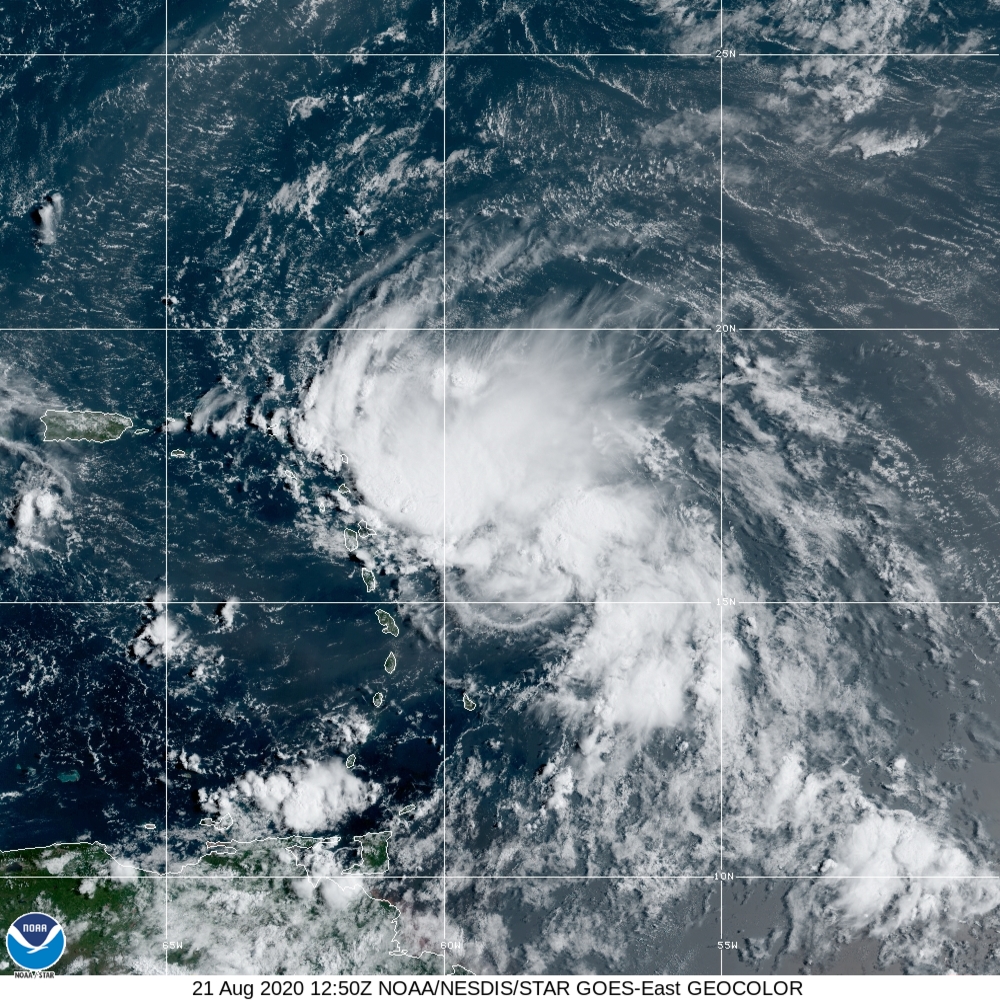 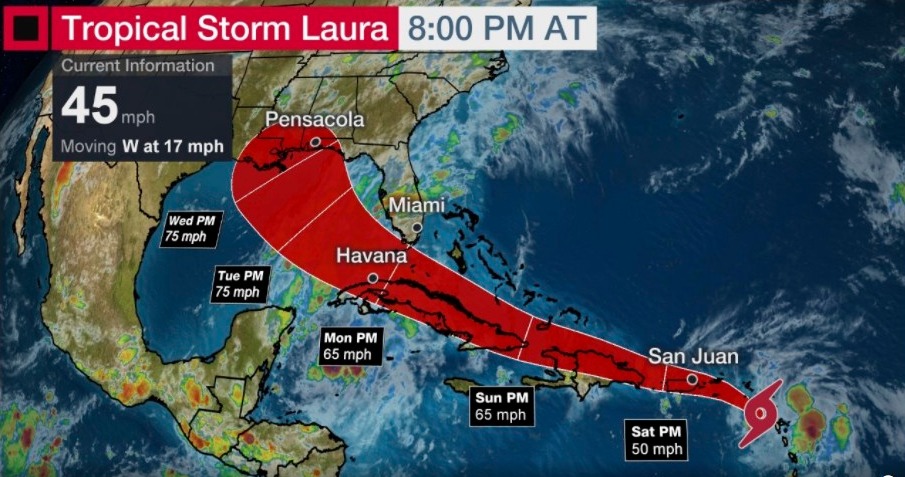 If one storm is stronger than the other, it may "absorb" the other. The systems may also swirl around one another before shooting off on different paths, the NWS said.

Two storms have not made landfall within 24 hours of one another since 1933, Colorado State University hurricane researcher Phil Klotzbach said, as reported by the Associated Press.

Klotzbach said two hurricanes have never simultaneously been in the Gulf of Mexico, according to records dating back to 1900.

Two tropical storms were last in the Gulf at the same time in 1959, he said.

The National Hurricane Center announced on Friday that Tropical Depression 13 had strengthened to become a Tropical Storm.

Laura is expected to move past the northern Leeward Islands, Virgin Islands and Puerto Rico through Saturday, and move past the Dominican Republic and Haiti into Sunday.

Although its track remains unknown at this point, the NHC projects the storm could hammer Cuba, the Bahamas and Florida in early next week. 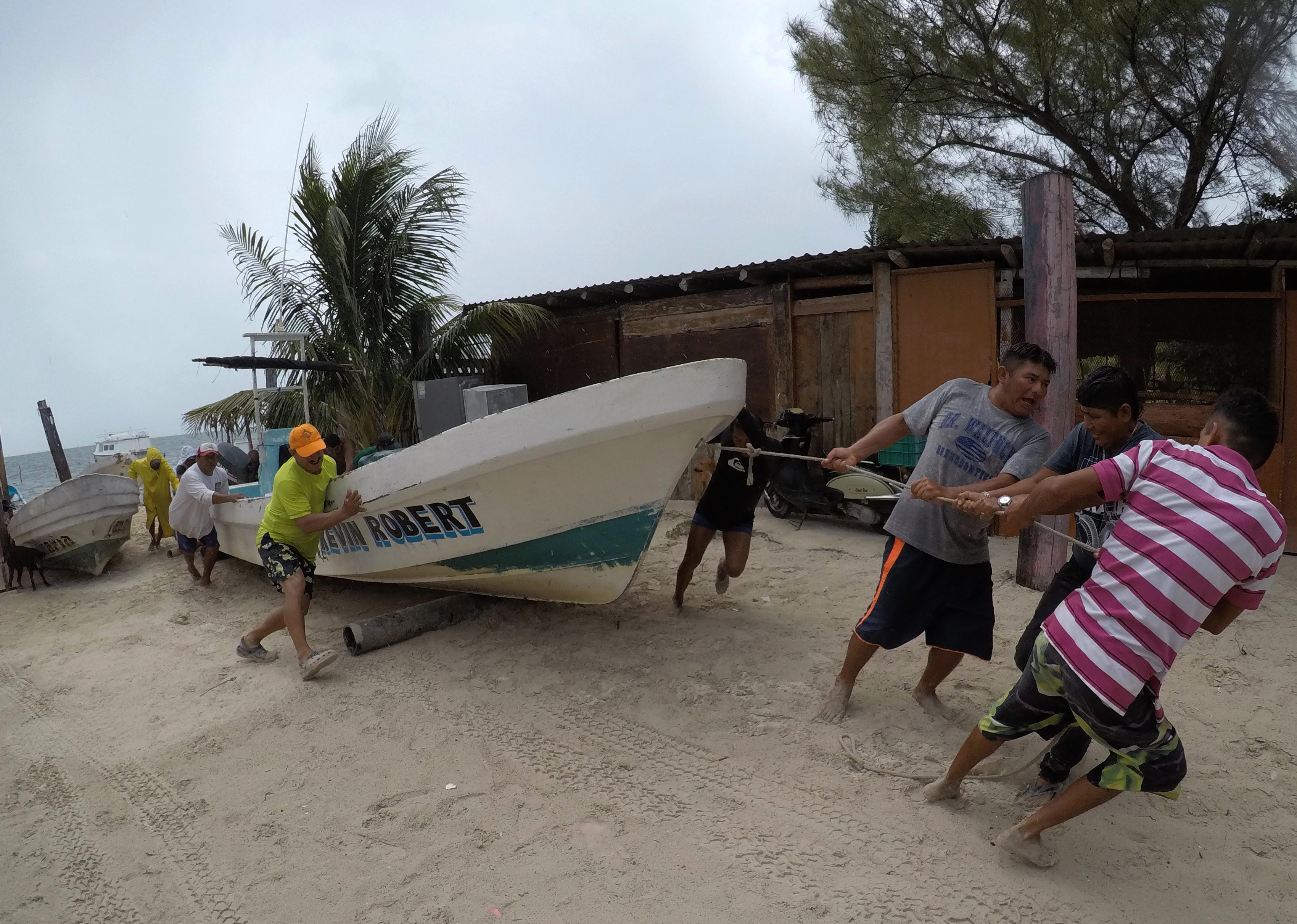 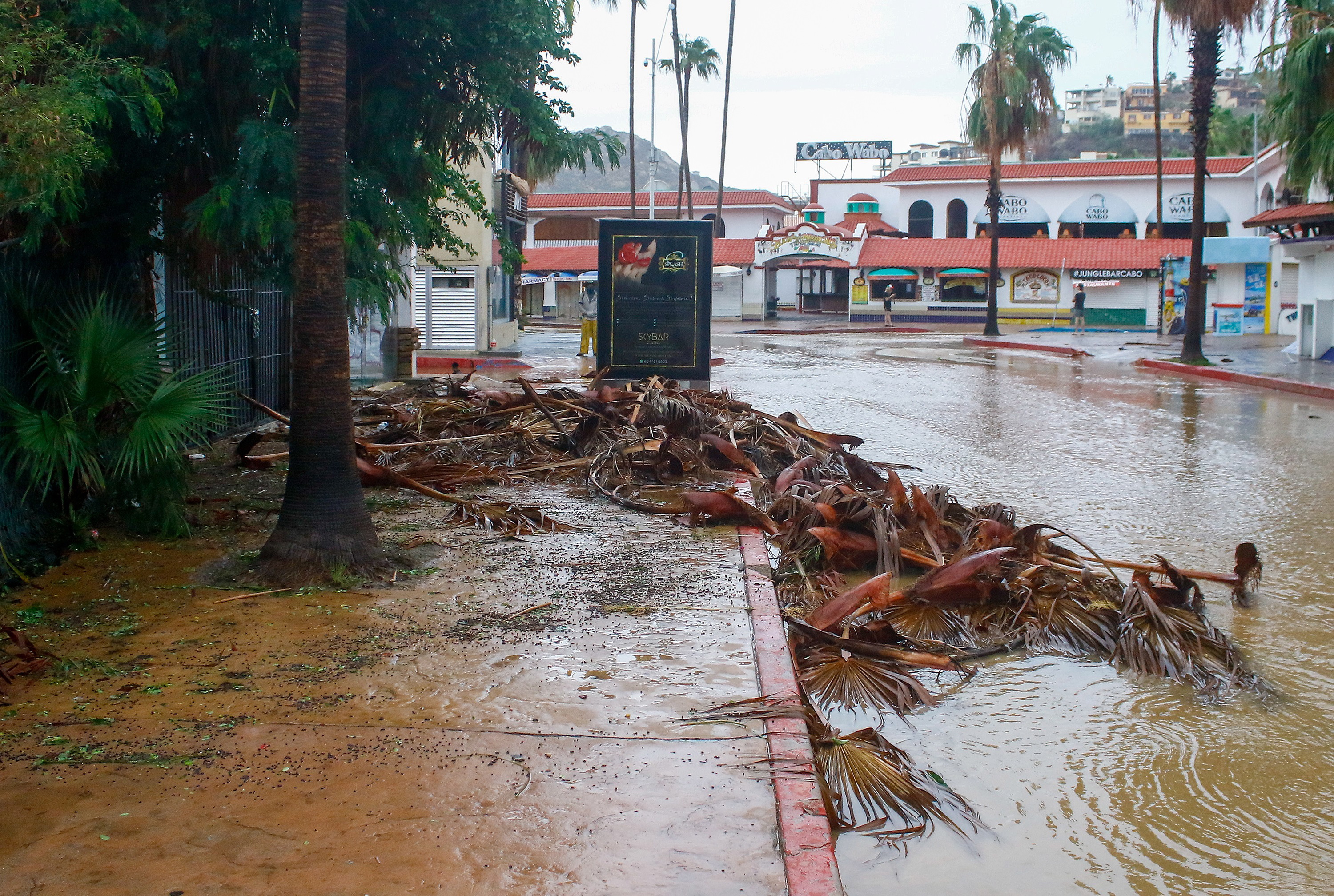 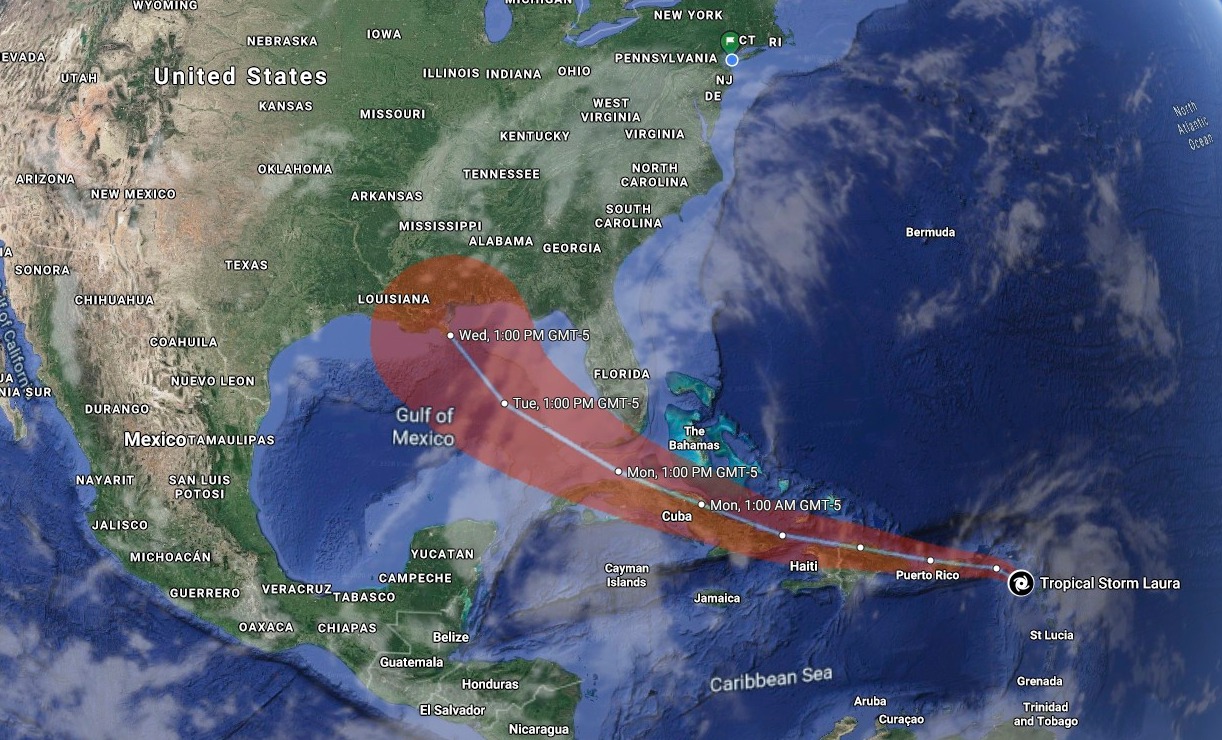 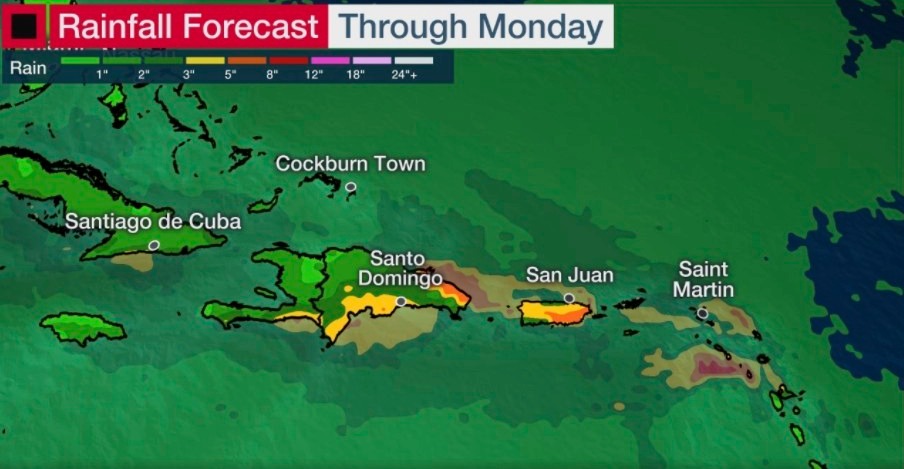 The Gulf Coast of the US could be hit by Laura early next week, the NHC advised.

Parts of the region are on a Hurricane Watch and Tropical Storm Warning as the system is projected to move over the northwestern Caribbean Sea through Saturday, and hit the eastern part of the Yucatan Peninsula of Mexico late that night.

By Sunday, the system is expected to be a Tropical Storm, the NHC said.

It's expected Marco will weaken as it hits the northwestern Gulf coast on Tuesday, the NHC said – but it's still too early to tell.

Experts have warned that the storms may well hammer parts of the South in a double-storm.

Democratic Gov. John Bel Edwards declared a state of Emergency as Louisiana is expected to be "in the cone" of the two storms.

"Today I declared a state of emergency in advance of potential landfall from Tropical Depression 14, expected to become Tropical Storm Marco, and Tropical Storm Laura, both of which could impact Louisiana in the coming week," Edwards said in a tweet.

He added in another tweet: "It is too soon to know exactly where, when or how these dual storms will affect us, but now is the time for our people to prepare," Edwards said in a tweet.

He continued: "It shouldn't be lost on anyone that in addition to these weather threats, we still have to deal with the COVID-19 pandemic."

Officials in the Florida Keys also declared a state of emergency on Friday, as they ordered anyone living on boats, in mobile homes or campers to evacuate for safety reasons, the AP reported.