Chinese police have gunned down a hostage-taker who hijacked a woman at knife point at a subway station after one sniper set up a rifle between his colleague’s legs.

The plainclothes SWAT officer lay on his stomach on the ground for more than two hours while his colleagues tried to talk the man out of the situation, according to police.

The sniper was instructed to kill the culprit from nearly 200 feet away after the suspect attempted to harm the hostage with a knife in the southern Chinese city of Nanning on August 9. The hostage was saved unhurt. 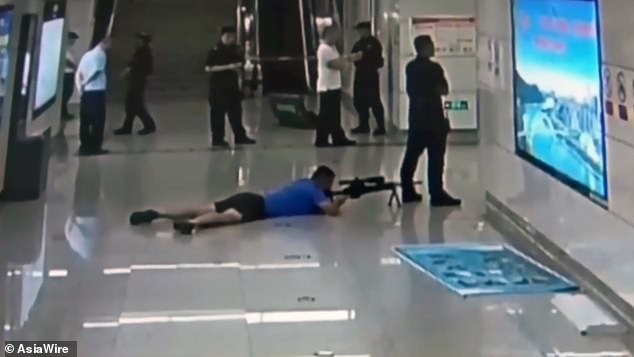 SWAT sniper Zeng Hao lies on the ground while aiming at the hostage-taker through his colleagues’ legs at a subway station in Nanning, China’s Guangxi Province, on August 9 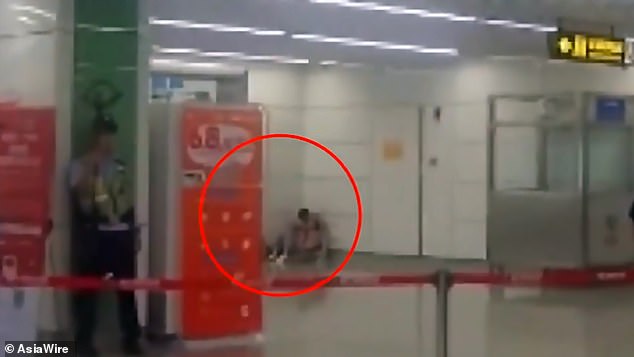 Footage of the tense stand-off was released by Nanning police on China’s Twitter-like Weibo last Friday and quickly went viral.

The sniper, named Zeng Hao, is the captain of the Nanning SWAT team. The 42-year-old has served the Nanning anti-terrorism forces for 19 years and is a top marksman.

Officer Zeng and four of his colleagues were awarded on Friday for their calm and brave response to the kidnapping.

He said it was the first time he had had to shoot a suspect – and that he only had about four inches of the suspect to aim at.

He killed the suspect with one shot using a 7.62mm sniper rifle. 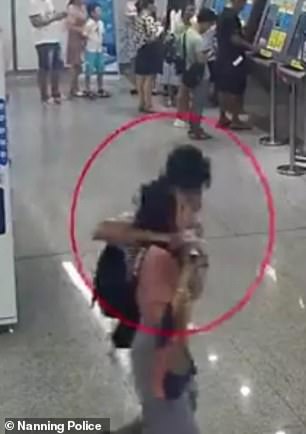 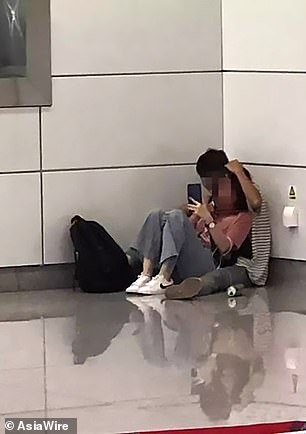 Police said the suspect, 19-year-old Huang, had suicidal thoughts and picked the victim randomly while loitering in the lobby of the subway station. The victim was saved unhurt 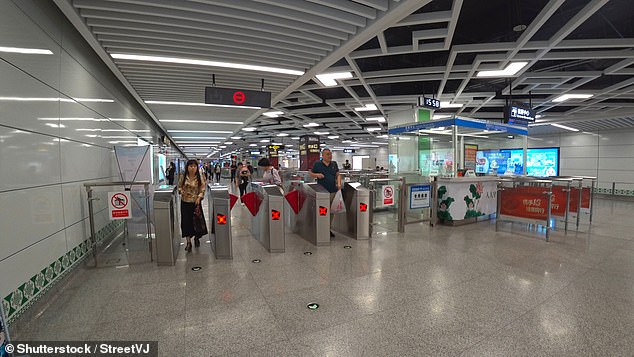 Security footage from the day shows the hostage-taker surnamed Huang, 18, walking with his right arm wrapped around a young woman, leading her to the corner of Xinmin Road underground station.

Huang picked the victim randomly in the station’s lobby, according to the police.

The video shows the knife-wielding suspect sitting behind the victim and holding her in the corner of the metro station near ticket vending machines.

Nanning SWAT, including chief negotiator Qi Hongwei and sniper Zeng Hao, were called to assist at 4:56pm local time, leading to a tense two-hour standoff which ultimately ended in the critical shot.

‘I asked him where he was from and why he was doing this. Then I asked him to let the girl go and offered him water, but he said no to everything.’ 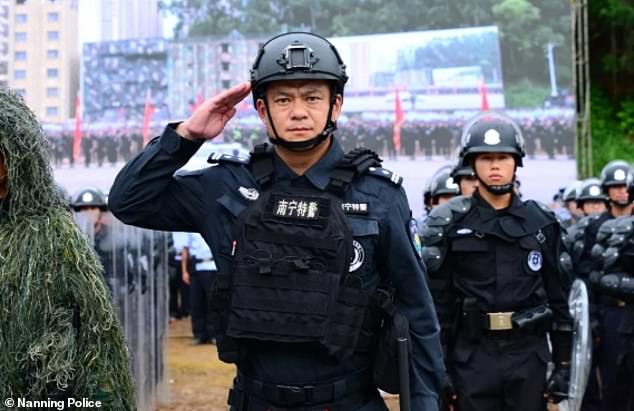 Sniper Zeng (pictured), 42, has been awarded for his calm performance during the mission 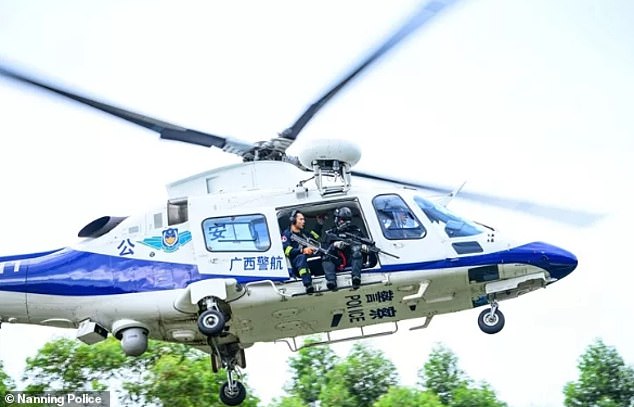 Officer Zeng has served the Nanning anti-terrorism forces for 19 years and is a top marksman. The sniper (right) is seen during a drill with the Guangxi SWAT team in southern China

He said that the suspect had suicidal thoughts. He asked the police to give him a gun so he could commit suicide and claimed that he would kill the hostage otherwise, according to Nanning Evening News.

Officer Zeng, who is also head of Nanning SWAT’s First Tactical Unit, is seen setting up his rifle around a corner – behind one of his colleagues – and pointing the barrel of his firearm between the policeman’s legs for concealment.

He held the position for two hours until talks broke down and the suspect attempted to harm the woman around 7pm, the police said.

Officer Zeng can be seen firing a single shot from his rifle, reportedly hitting the suspect in the head, before officers rush over and free the female hostage. 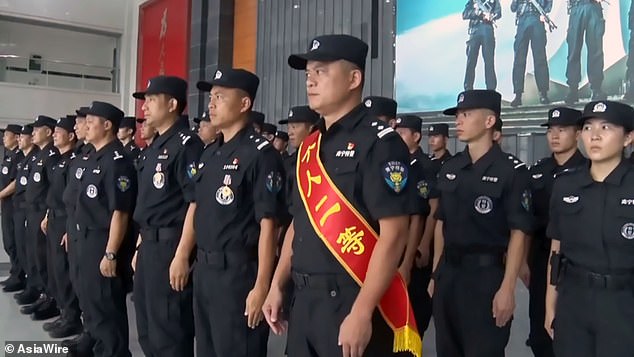 Officer Zeng said: ‘Because the suspect was sitting behind the victim, holding her, only about 10 centimetres (four inches) of his head was exposed. Shooting anywhere else might’ve threatened the hostage, so I ruled out attempting to hit any other body parts.

‘I’ve been a policeman for 19 years and taken part in many hostage rescue operations, but this is the first time I’ve had to shoot a suspect.’

The police are yet to reveal why the hostage-taker had taken the woman.

The victim has been given psychological counselling.

For confidential support call the Samaritans on 116123 or visit a local Samaritans branch, see www.samaritans.org for details.