The bronze sculpture statue was created as a tribute to a local Segovia legend, which says that the devil was tricked into building the city's famous aqueduct. 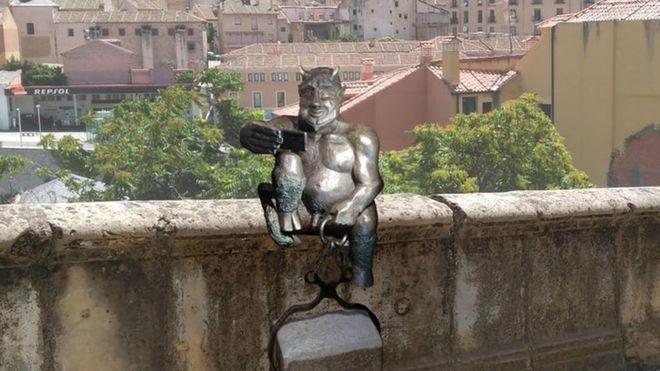 But furious residents say that the devil – who is grinning and taking a selfie with a smartphone – looks too friendly.

He was inspired to tell the story of the demon Mephistopheles after seeing a similar statue of a devil in Lübeck.

“They also have a local legend about the devil being duped into building a church,” he told El Pais.

“When I saw the little figure they had there as a tribute, I thought, ‘What a great idea to export to Segovia!’”

But the statue has been criticised for its “jovial” demeanor, the BBC reported.

Some 5,500 people – more than 10 per cent of the city's population – have signed a petition calling for the sculpture to be cancelled.

The petition says that because the devil is shown in a "good natured" way it "exalts evil" and is therefore "offensive to Catholics".

“This representation is offensive to Catholics, because it supposes an exaltation of evil, and using the name of God, on what most repulses produces a Catholic, who is the devil,” the petition states.

“In sacred art, the diabolic iconography is inscribed in a doctrinal and ritual framework that guarantees its psychological, moral and spiritual efficacy, in all cases cited the diabolical appearance is repulsive and despicable, not kind and seductive, like that of the good-natured devil, without malice "that you have conceived.” 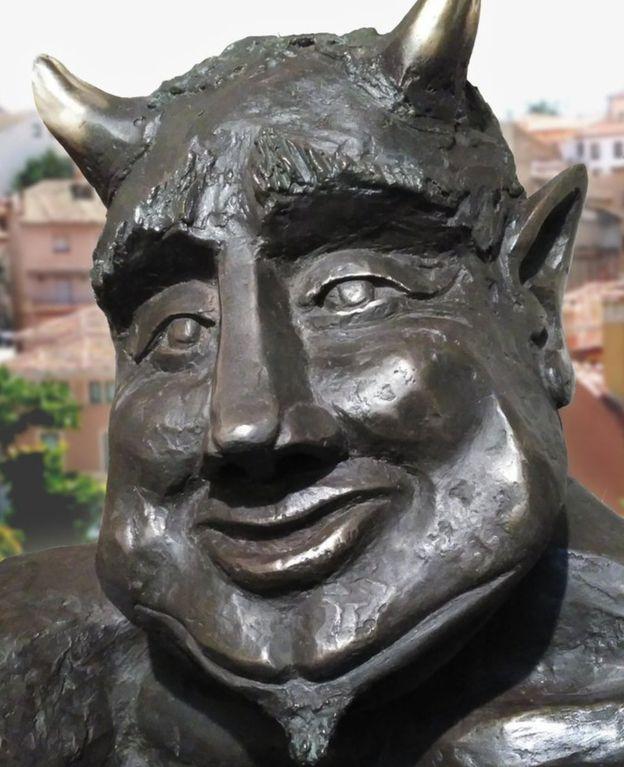