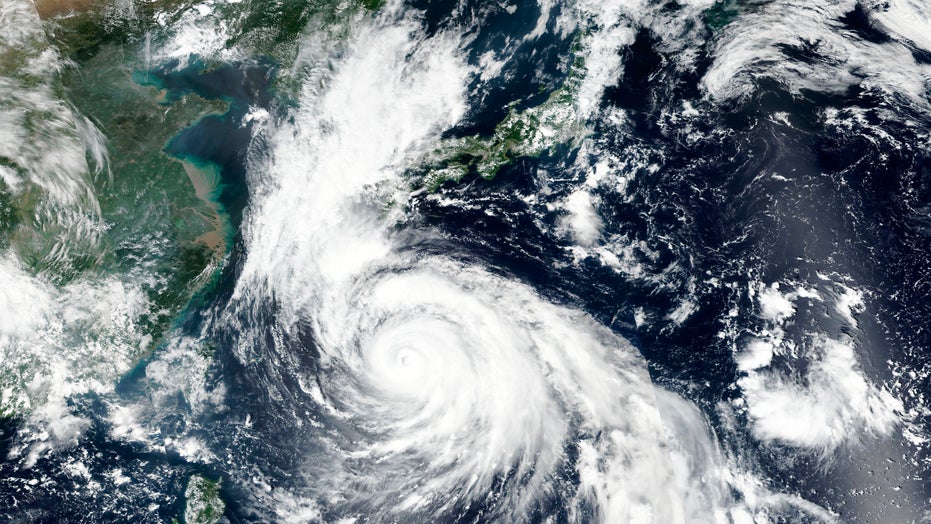 Japanese residents braced for impact on Saturday as the powerful Super Typhoon Haishen barreled through unusually warm waters towards the Okinawa islands.

Weather officials have warned residents about torrential downpours and fiercely whipping winds from the storm, the second in a week, instructing them to take shelter and stock up on food and water.

With sustained winds up of up to 180 kilometers (112 miles) per hour, Haishen remains on course to make landfall in Okinawa by Sunday and reach the main southern island of Kyushu shortly afterward, according to the Japan Meteorological Agency.

The impact of the Category 5 typhoon will be felt in southern Japan long before its 36-mile-wide center reaches the coastline. 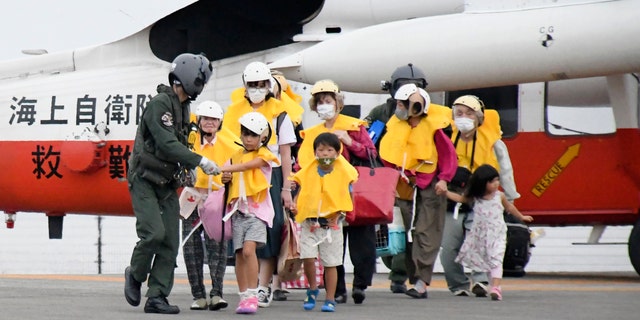 People arrive at a heliport in Kagoshima, in southern Japan, on Friday, Sept. 4, 2020, to take refuge ahead of a powerful typhoon. (Kyodo News via AP)

Okinawa is home to more than half of approximately 50,000 U.S. troops based in Japan under a bilateral treaty.

Haishen, whose name means “sea god” in Chinese, is also expected to slam the Korean Peninsula near Busan — South Korea's second-largest city — on Tuesday, according to The Associated Press. Recent measurements showed the system moving northward at 15 kph (9 mph).

Meteorological agency official Yoshihisa Nakamoto told reporters he was worried about people staying home instead of fleeing due to fears about the COVID-19 pandemic.

“You should not avoid getting out because of such fears,” he said.

The typhoon is forecast to have atmospheric pressure of 915 hectopascals at its middle point, and sustained winds of up to 198 kph (123 mph) on Sunday, the meteorological agency noted.

Assuming that the super typhoon makes landfall in South Korea this weekend as a Category 2 storm or greater, it would only be the seventh storm to do so on record there.

Additionally, Haishen would also be the fifth typhoon to hit this season, which would be a new record.

A cargo ship carrying 43 crew members and 5,800 cows from New Zealand capsized off the coast of the country. While two people of Filipino nationality were rescued on Friday and a body was recovered, the Philippine government said the search for others has been temporarily suspended due to Haishen.