Fox News Flash top headlines for May 8 are here. Check out what’s clicking on Foxnews.com

A 27-year-old man accused of shooting four people, one fatally, in New Jersey was found dumped on the side of the road in Pennsylvania a day later with several gunshot wounds. 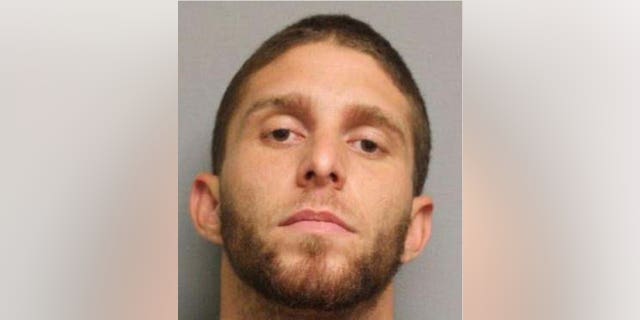 One victim, Carlos Garcia, 40, died at the hospital an hour later, the Express-Times of Easton, Pa., reported. A second 42-year-old male remained in critical condition. The two other victims, a man and a woman, were treated and released.

Haughey-Morales was found around 6:30 a.m. Monday near a shopping center in South Whitehall Township, Pa., a suburb of Allentown, the Morning Call of Allentown reported.

Police said he had been shot hours earlier before the driver of a dark-colored SUV dumped him on the side of the road, News 12 New Jersey reported.

Haughey-Morales, who was not immediately linked to the New Jersey shooting, had several gunshot wounds on his lower body and was taken to a hospital to be treated for non-life-threatening injuries. Police arrested him once an investigation linked him to the New Jersey case.

Haughey-Morales faces multiple charges, including first-degree murder, three counts of aggravated assault and possession of a weapon for an unlawful purpose. The Hudson County (N.J.) Prosecutor’s Office Homicide Unit is conducting an investigation with assistance from the North Bergen Police Department, a news release said.