Table tennis player, 15, produces incredible shot from UNDERNEATH the table during game in Norway

An incredible save was caught on camera at a table tennis club in Trondheim, western Norway, as a young player made a blind shot, totally dazzling his opponent.

Player Christopher Chen was on the back foot defensively and was eventually flat on the ground after stretching for a return shot, but made one last shot completely blind.

He lost the point despite catching his opponent off-guard, but everyone was still amazed at the lucky save from beneath the table. 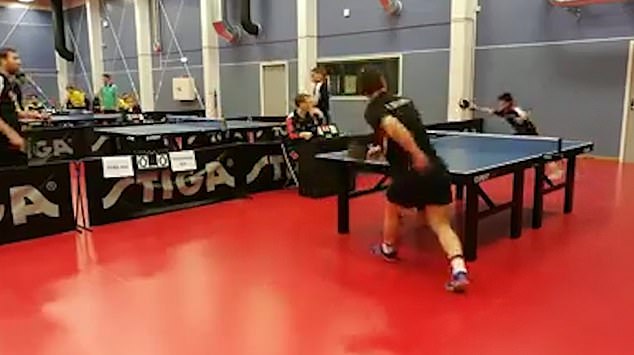 The 15-year-old, Christopher Chen, overstretched for a shot and ended up on the floor

This clip was filmed at club Trondheim Bordtennis Klubb in Norway, on November 25.

The club shared the footage of a second division match online and it has since been viewed over one million times.

‘There was no doubt luck,’ Chen said, according to Norway’s NRK. 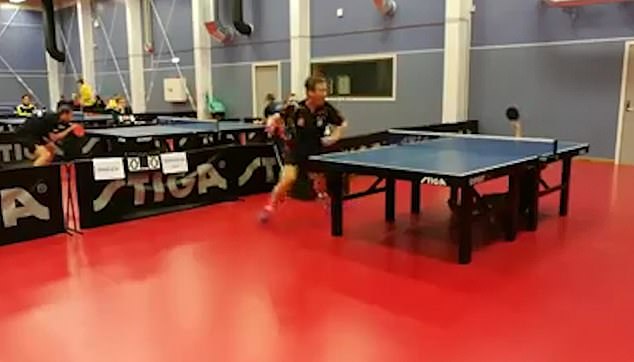 His opponent went in for the kill, smashing the ball to Christopher’s side of the table

Explaining the miraculous shot, Chen said: ‘ I really didn’t think anything. I lay under the table and thought the ball was lost. So I just did something I thought was fun. Amazingly, he hit my racket.

‘I heard a lot of applause, and then I realised it was happening. It was insane.’ 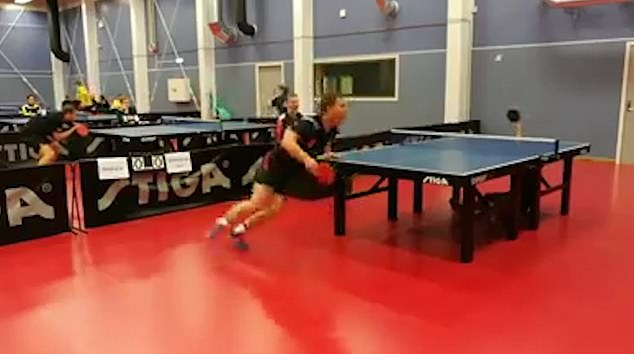 Raising his hand from beneath the table, Christopher was able to pull off an incredible shot

The clip naturally stirred up some debate as to who should awarded the point with table tennis enthusiasts pointing out that Chen had his free hand on the able, something that is forbidden.

He did in fact lose the point but recovered to win the second division match three sets to love.

As well as winning the game, the 15-year-old has won praise the world over for his incredible shot.