Teacher, 53, avoids jail after throwing his terminally ill mother, 79, to her death from the fire escape of her care home in ‘mercy killing’ as judge says he acted out of ‘love and desperation’

A ‘devoted, loving son’ who killed his dying mother to end her suffering by dropping her from a first floor fire escape at a care home has been given a suspended jail term.

Robert Knight, 53, pleaded guilty to the manslaughter of his 79-year-old mother June at an earlier hearing at Basildon Crown Court.

Knight walked into Langley Lodge Care Home in Westcliff-on-Sea, Essex, lifted the six stone Alzheimer’s sufferer from her bed and dropped her from a fire escape, the court was told.

He then said: ‘I have just killed her, my mother, I threw her off there.’

Knight always denied her murder and was cleared by a jury.

Judge Samantha Leigh, sentencing Knight at Basildon Crown Court on Friday, told him: ‘You are someone who acted out of love and desperation.

‘You have been punished enough and you have to live with what you have done.’ 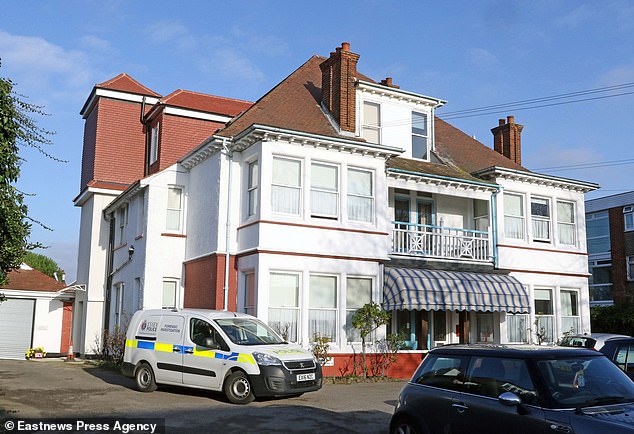 Knight was sentenced to 24 months in prison suspended for 24 months.

The judge said: ‘This is a very sad case – anyone listening to the details of Mrs Knight’s illness and her condition couldn’t fail to be moved.’

She added that to ‘watch someone you love suffer as she was suffering… is truly cruel’.

The court heard that Mrs Knight had dementia and Alzheimer’s disease, and a post-mortem report showed she had a twisted bowel that would have caused her pain.

Knight visited her regularly, brushing her hair and cutting her nails, the judge said.

She added that a ‘do not resuscitate’ notice was in place at the time and care home staff ‘didn’t think she would survive the night’ from December 9 to December 10 last year.

Knight, of Leigh-on-Sea, Essex, signed into the care home on the evening of December 10 and lifted his mother out of bed.

He dropped her from a fire escape and there was ‘no planning’ involved, the judge said.

‘You were convinced that she was suffering and it was more than you could bear,’ the judge told Knight.

‘You are described as a devoted, loving son,’ she added.

‘This case, I’m sure, was a very finely balanced one as to whether it was in the interest to prosecute in the first place.’ 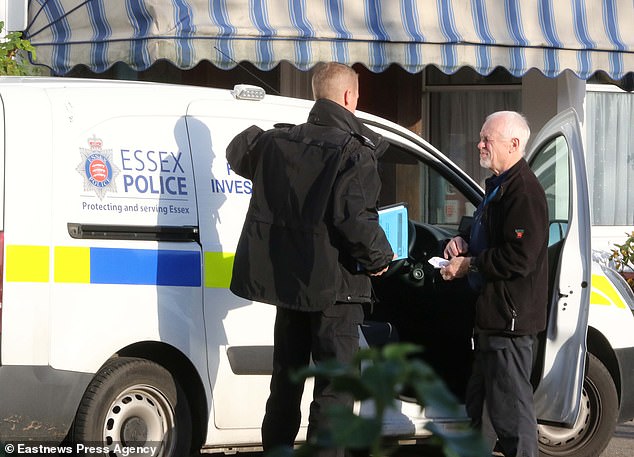 Pictured: Essex Police on the scene after Robert Knight announced to care home workers what he had done

She described it as a ‘mercy killing’.

Michael Levy, mitigating, said Knight had no previous convictions, was remorseful, had admitted manslaughter and had spent more than nine months in custody while criminal proceedings were under way.

Knight was ordered to complete 60 days of rehabilitation as part of his sentence, before he walked free from court.

In the wake of today’s verdict Essex Police labelled Knight ‘deplorable’ but acknowledged he suffered a ‘loss of control’.

Detective Chief Inspector Daniel Stoten , of the Serious Crime Directorate, said: ‘June Knight was receiving end of life care before she was killed by her only child, Robert Knight.

‘He had regularly visited his mother and there were no signs that this horrific incident would take place.

‘The jury carefully considered the facts of the case and agreed that Knight suffered a loss of control when he took his mother’s life.

‘The care-home staff and the attending police officers were faced with a horrific scene and I would like to thank them for their efforts to save June Knight.

‘I would also like to thank the care home for their assistance during our investigation and I hope the staff and residents are able to move forward with their lives.

‘June Knight’s death has been a particularly harrowing case.

‘I do not doubt that Robert Knight loved his mother deeply, but his actions were deplorable and they have affected many, many people.

‘My thoughts are with June and the care home staff, police and ambulance teams that tried to save her and will still have to deal with what they saw.

‘Robert Knight will now need to live with his actions for the rest of his life.’