The teenager was found with stab wounds on Wolsey Court, off Westbridge Road in Battersea at 7.52pm tonight. 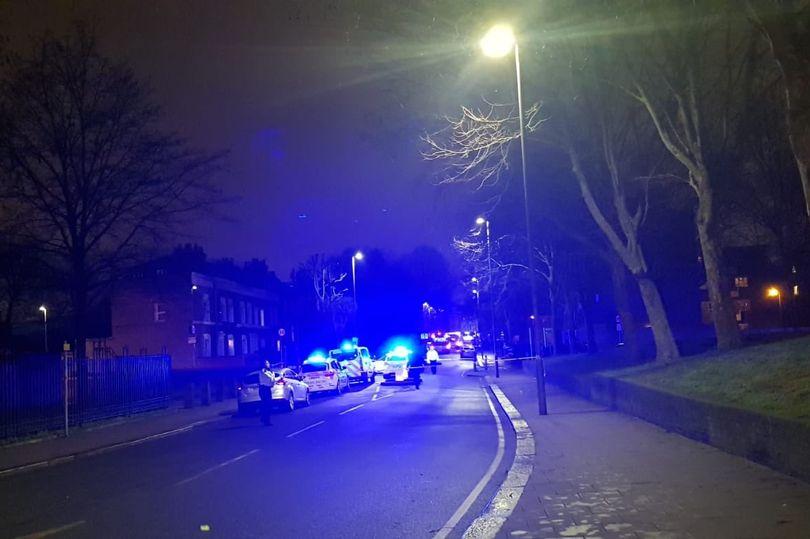 No one has been arrested.

A Scotland Yard spokesman said: "Police were called to Wolsey Court, off Westbridge Road, Battersea, at 7.52pm to reports of a stabbing.

"Officers attended along with the London Ambulance Service. A male, believed to be 19 years old, was found with stab injuries.

"Despite the efforts of paramedics, he was declared dead at 8.36pm. Next of kin have been informed."

"A crime scene is in place. The Homicide and Major Crime team has been informed. There has been no arrest. Enquiries continue."

The 19-year-old is the ninth person and third teenage to die from violent attacks in London this year.

Last week Nedim Bilgin, 17, was chased down a busy street in Islington and stabbed several times.

Jaden Moodie, 14, was stabbed to death in east London on January 8 after being knocked off a moped.

Figures yesterday revealed teenagers and children as young as ten make up half of the capital's knife crime offenders.

Forty-one per cent are aged 15-19 and a further 8 per cent are 10-14, according to a Metropolitan Police analysis.

Knife crime and shootings are on the rise fuelled by gang rivalry and disputes over drug markets.

Last year's homicide rate in the capital was the highest in a decade, with 132 violent deaths in London.

The Mayor of London warned it could take a "decade" to turn the tide of violent crime.