BREAKING: Boy, 17, is found guilty of murder after strangling teaching assistant, 47, to death and dumping her body in a cemetery

A teenager has been found guilty of the murder of teaching assistant Lindsay Birbeck.

Mrs Birbeck, 47, from Accrington, Lancashire, was found buried in a shallow grave at the back of Accrington Cemetery in August 24 last year – 12 days after she went missing.

A post-mortem found the mum-of-two, who had left her home for a walk when she went missing, had died as a result of compression of the neck.

Now a 17-year-old, who cannot be named for legal reasons, has been found guilty of her following a trial at Preston Crown Court. 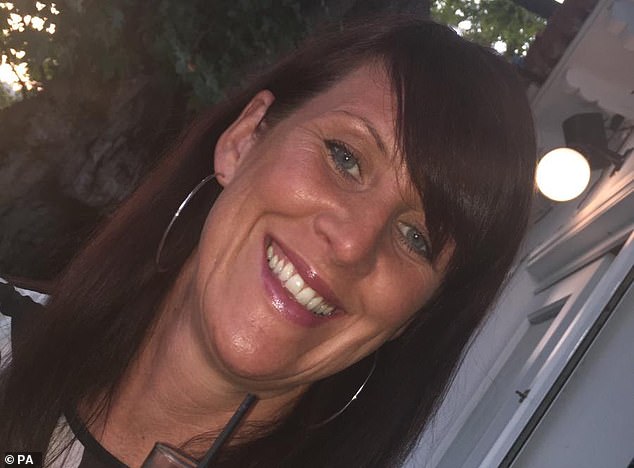 Lindsay Birbeck, 47, from Accrington, Lancashire, was found buried in a shallow grave at the back of Accrington Cemetery in August last year

Jury members had previously heard how the teenager had killed Mrs Birbeck in a woodland before moving her body to the cemetery in a wheelie bin.

Prior to her murder, Mrs Birbeck had left her home in Accrington, for a late afternoon walk to a nearby wooded area known as the Coppice.

She had invited her teenage daughter, Sarah, and Sarah’s boyfriend for tea at 6pm but when she did not return her worried family raised the alarm.

Her attacker had been on the prowl in the woods for lone females and is thought to have killed Mrs Birbeck shortly after she entered the Coppice.

On Wednesday, a jury at Preston Crown Court convicted the youngster of murder after deliberating for more than four hours.