RIO DE JANEIRO (Reuters) – Fire swept through an unlicensed lodging at the training center of Rio de Janeiro soccer club Flamengo on Friday, killing 10 members of the club’s youth team and injuring three more, one of them seriously, firefighters and news reports said.

All 10 of the dead were aged between 14 and 16 and either played for the club or were having trials there, according to detailed information on Brazil’s Globo website.

The three injured players were taken to hospital, one of them in serious condition with burns across 30 per cent of his body, Flamengo said in a short statement.

The Rio de Janeiro mayor’s office said the dormitory destroyed by the blaze was built on land that was not registered for buildings and that the club had no permission to erect lodgings there.

“On the project protocol the area is described as a parking lot,” the office said in a statement. “There is no register of a new request for a license to use the area as a dormitory.”

Firefighters said they arrived at the Ninho do Urubu, a state-of-the-art training center that was expanded and opened only two months ago, shortly after 5 a.m. (0700 GMT) to find the building engulfed in flames.

News reports said the fire happened in one of the older parts of the center that was due to be torn down. It was not known whether smoke alarms were installed in the building, which had a metal roof that appeared bent and charred by the blaze.

Thirteen people managed to escape the burning building, but the ferocity of the fire prevented firefighters from entering the facility.

“We managed to rescue the victims that were outside,” fire service Lieutenant Colonel Douglas Henaut told reporters. “The place was completely overtaken by fire. As much as we tried to get inside and find people still alive that wasn’t (possible) … We only found bodies inside.”

“We can’t tell you the cause of the fire, that needs to be investigated,” he added.

Flamengo president Rodolfo Landim called it “the biggest tragedy in Flamengo’s 123-year history” but the club has not revealed the names of the deceased or given any information on the cause of the fire.

One young player, however, told reporters the fire started in his room.

“The air conditioner caught fire, and I ran out,” said Felipe Cardoso, a midfielder with the under-17 side. “Thank God I managed to run and I’m still alive.” 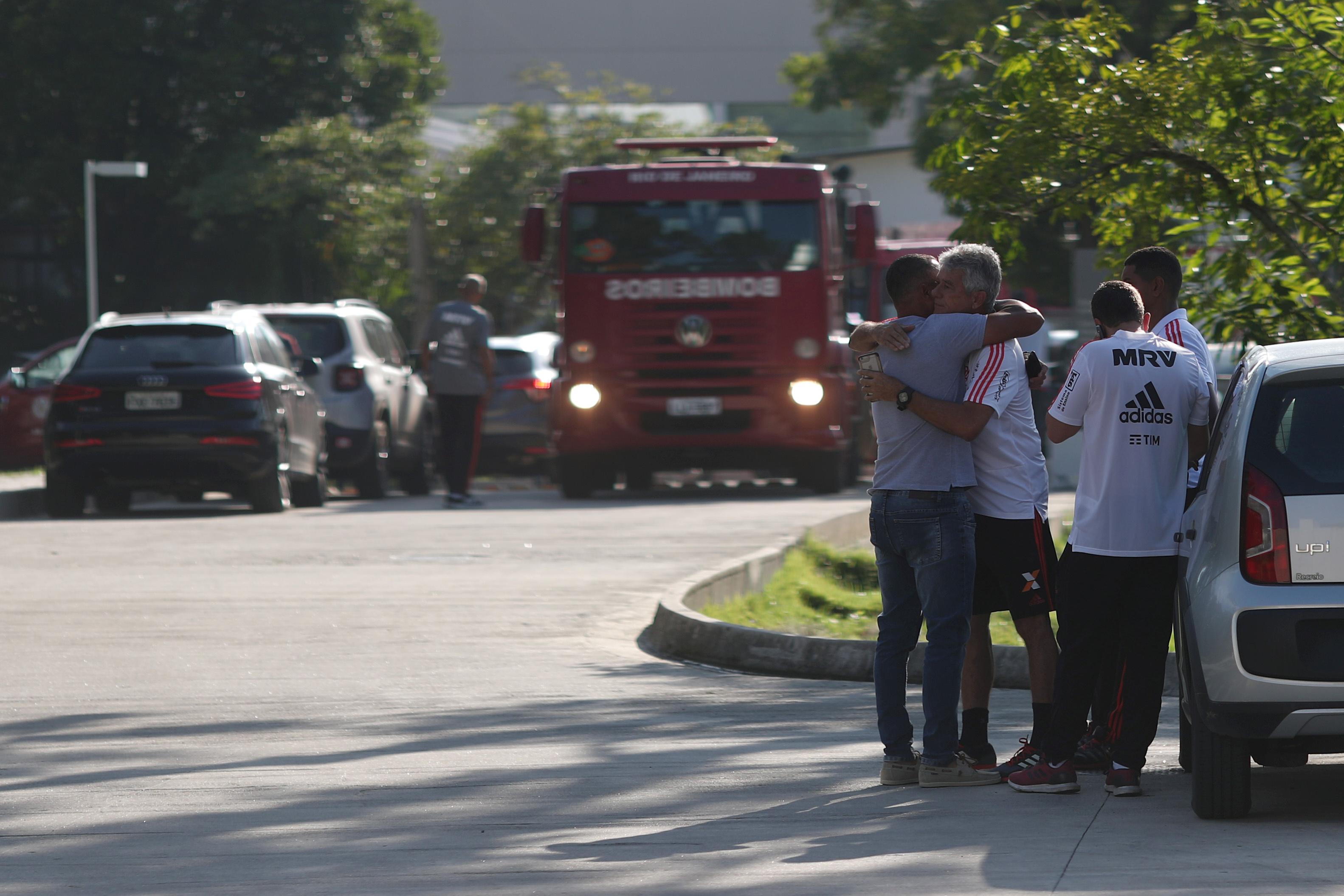 The complex on the edge of the city was blocked off to the press, with dozens of reporters and TV crews waiting outside the gates. Fans also gathered to wait for news.

“I’m very sad,” said 16-year old Augusto Mateus, who turned up wearing a red Flamengo shirt. “There were lots of brilliant talents who had exciting futures ahead of them.”

Brazilian clubs commonly host young players in dormitories while they are training with youth teams or at the club for trials, especially those from poor backgrounds or from outside the city.

However, many of the lodgings have a reputation for poor health and hygiene standards. In recent years, major clubs such as Vasco da Gama, Botafogo and Parana have hit the headlines due to the precarious conditions of their training centers.

After years of financial difficulties, Flamengo last year spent 23 million reais ($6.2 million) to expand the Ninho do Urubu training ground, which was being used both by the first team and youth squads.

In addition to accommodation for young players, the facilities include several pitches, an aquatic park, a gym, a medical center and a mini-stadium.

The Ninho do Urubu, or Vulture’s Nest, gets its name from the club’s symbol – a vulture.

Several of the club’s best-known young talents trained there, including midfielder Lucas Paqueta, who made his debut for AC Milan in January, and Vinicius Junior, who joined Real Madrid last year.

Flamengo, where World Cup players such as Zico, Junior and Leonardo got their start, is one of the best-supported clubs in Brazil and known around the world.

Known by fans as the Red-and-Black, they won the Copa Libertadores, South America’s version of the Champions League, in 1981 and lifted the Intercontinental Cup a few months later. 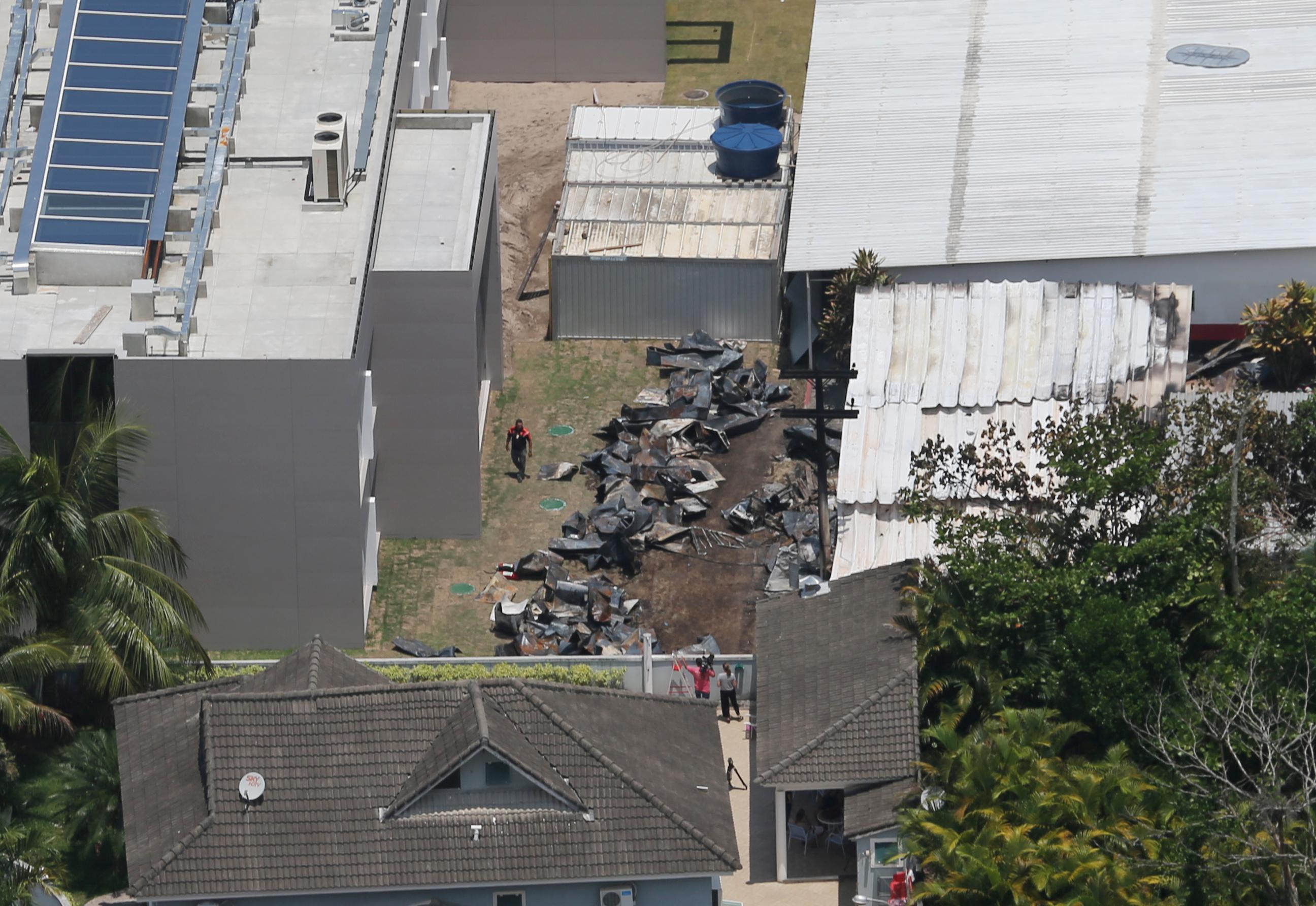 “What a shock getting this news here on the other side of the world,” Brazilian midfielder Zico wrote on Instagram. “May the Red-and-Black nation have strength and faith to get through this moment.”

Teams from around the world, including Rio rivals Botafogo, Fluminense and Vasco da Gama, tweeted their solidarity and offered help that included psychologists and medical staff.

Officials postponed Saturday’s two semi-finals of the Guanabara Cup, one of which was between Flamengo and Fluminense at the famous Maracana stadium, host of the 2014 World Cup final.

NatWest customers complain money has been 'disappearing' in transfers