SHOCKING footage captured the moment a tractor-trailer that got stuck on train tracks in Georgia was demolished by a passing train.

Security cameras from the Villa Rica Police Department rolled as the crossing guards began to lower at around 4pm on Thursday at the intersection of Highway 78 and South Carroll Road. 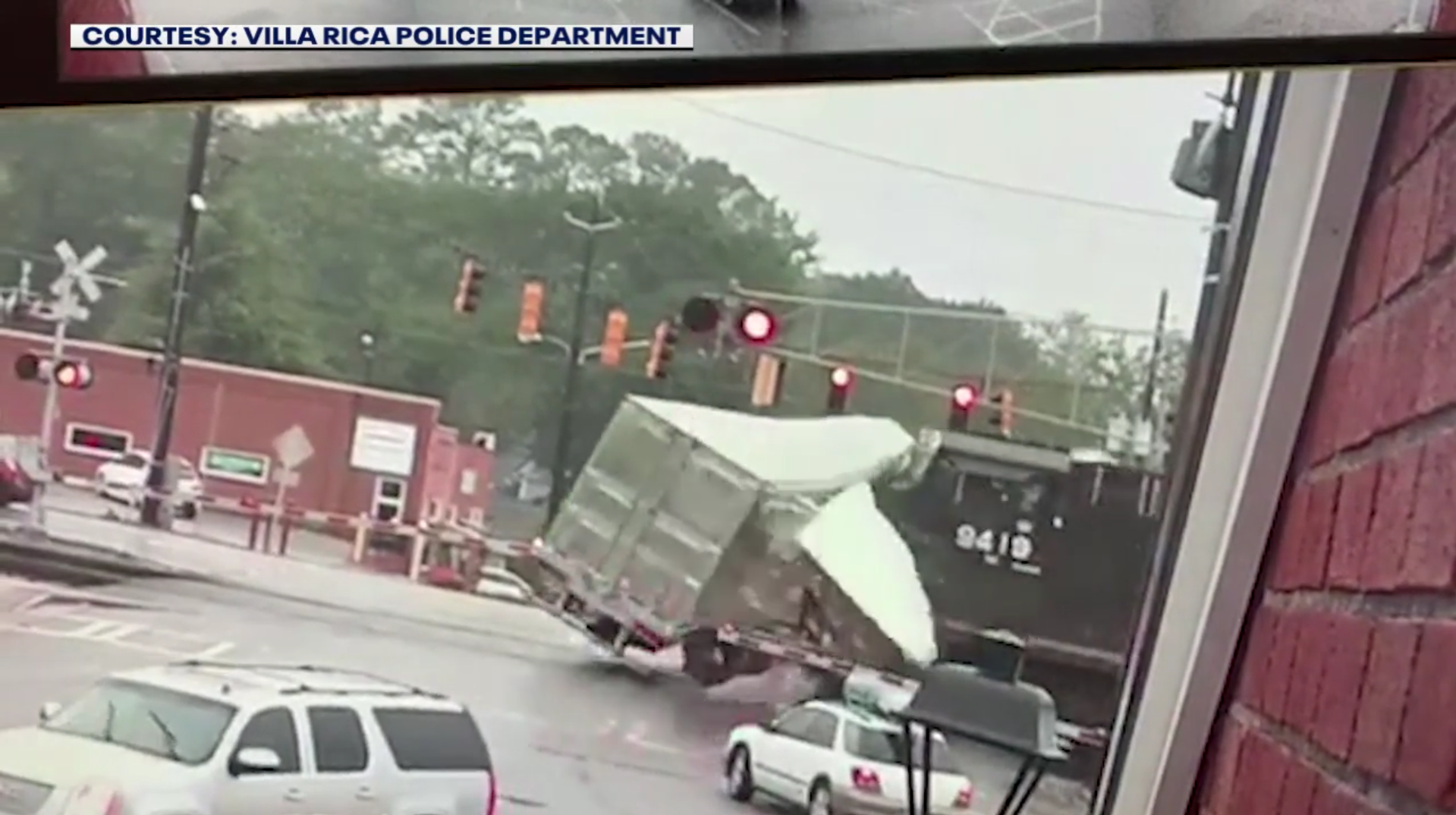 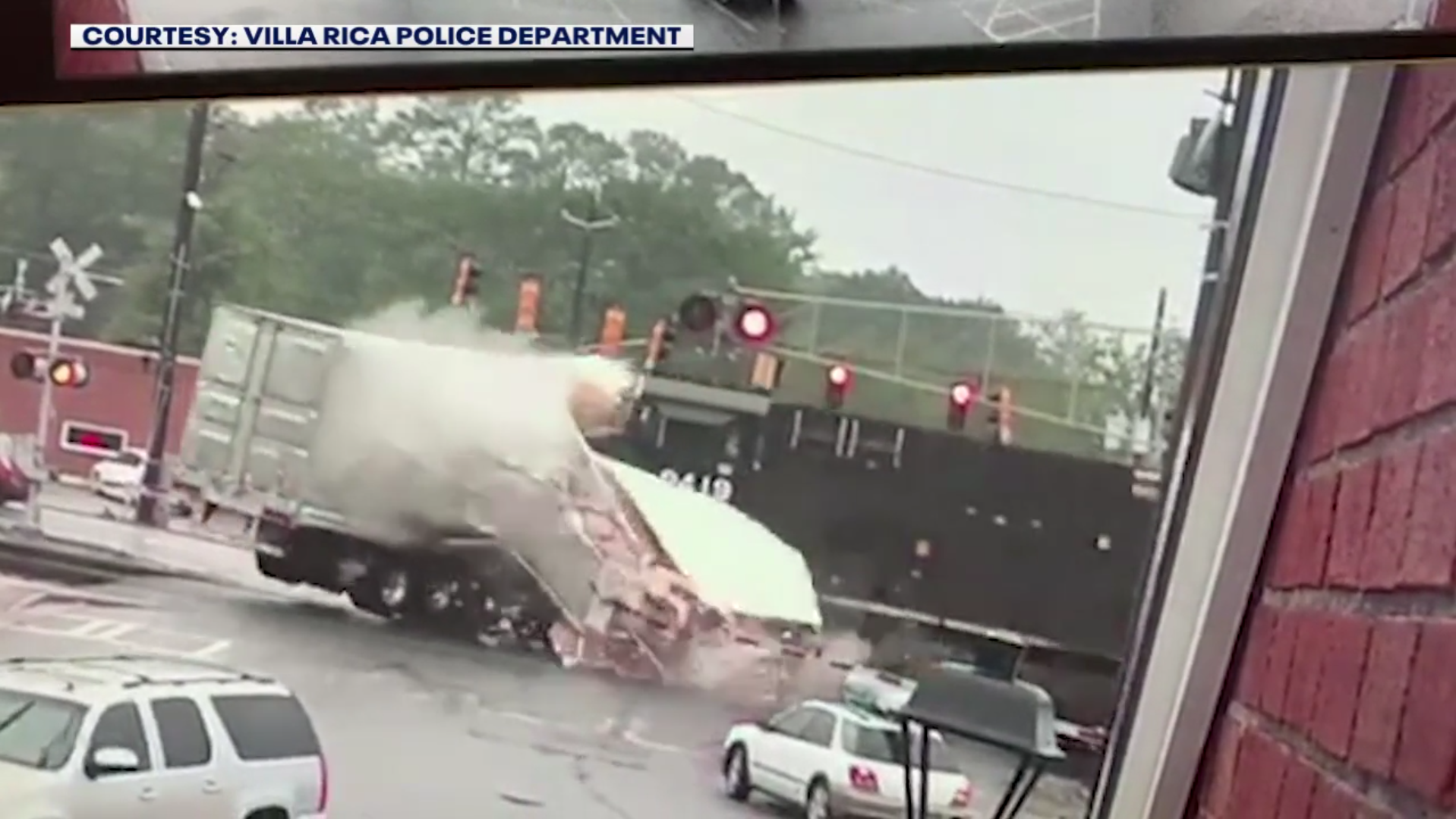 A nearby officer spotted what was going on and kept his lights on to steer traffic away.

Moments later, the train pushed and then sliced through the tractor-trailer, spewing a line of raw meat along a parallel street and the railroad tracks.

After the accident, all that remained was the mangled trailer and truck cab with nearly a mile's worth of debris strewn about. 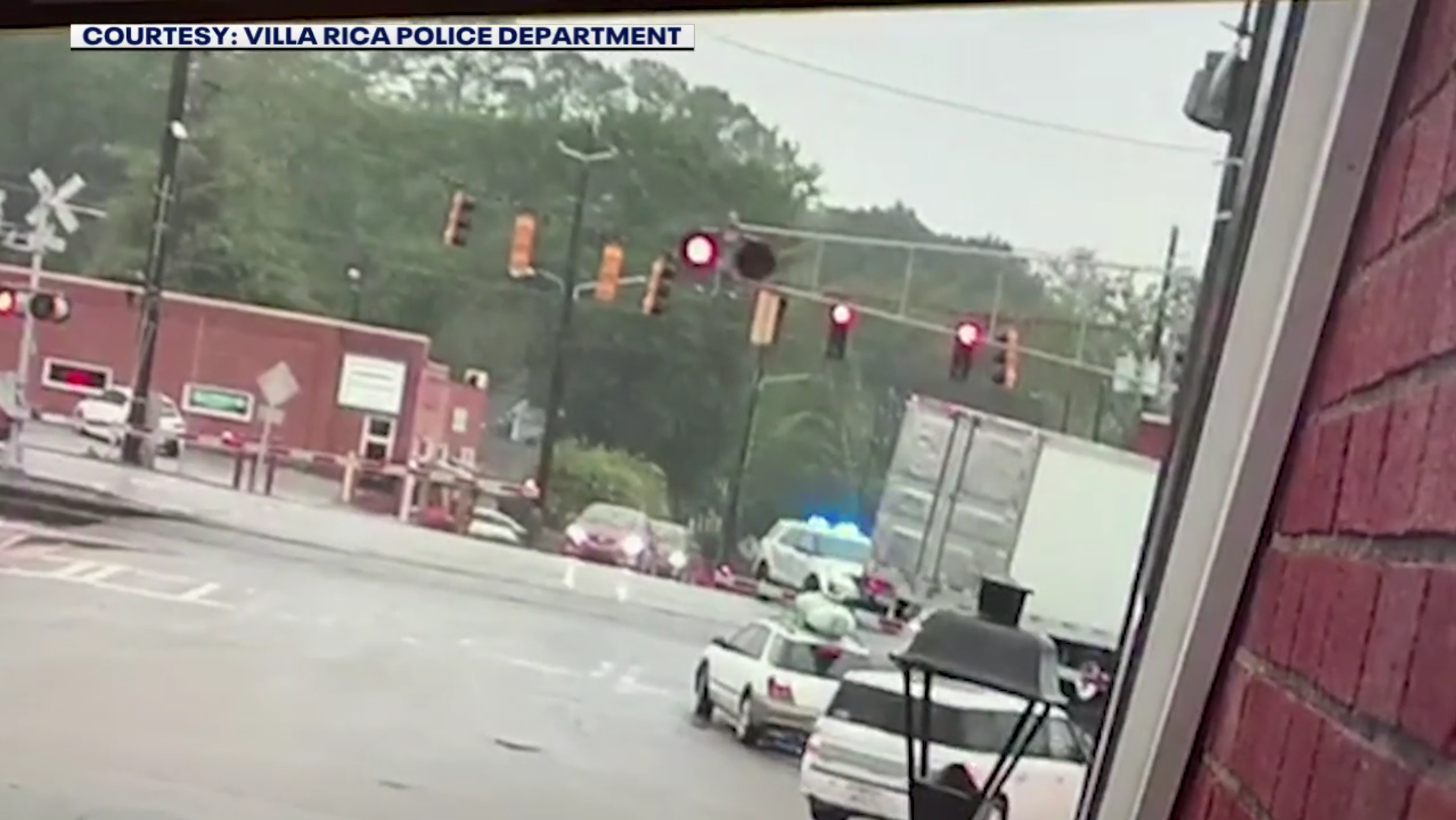 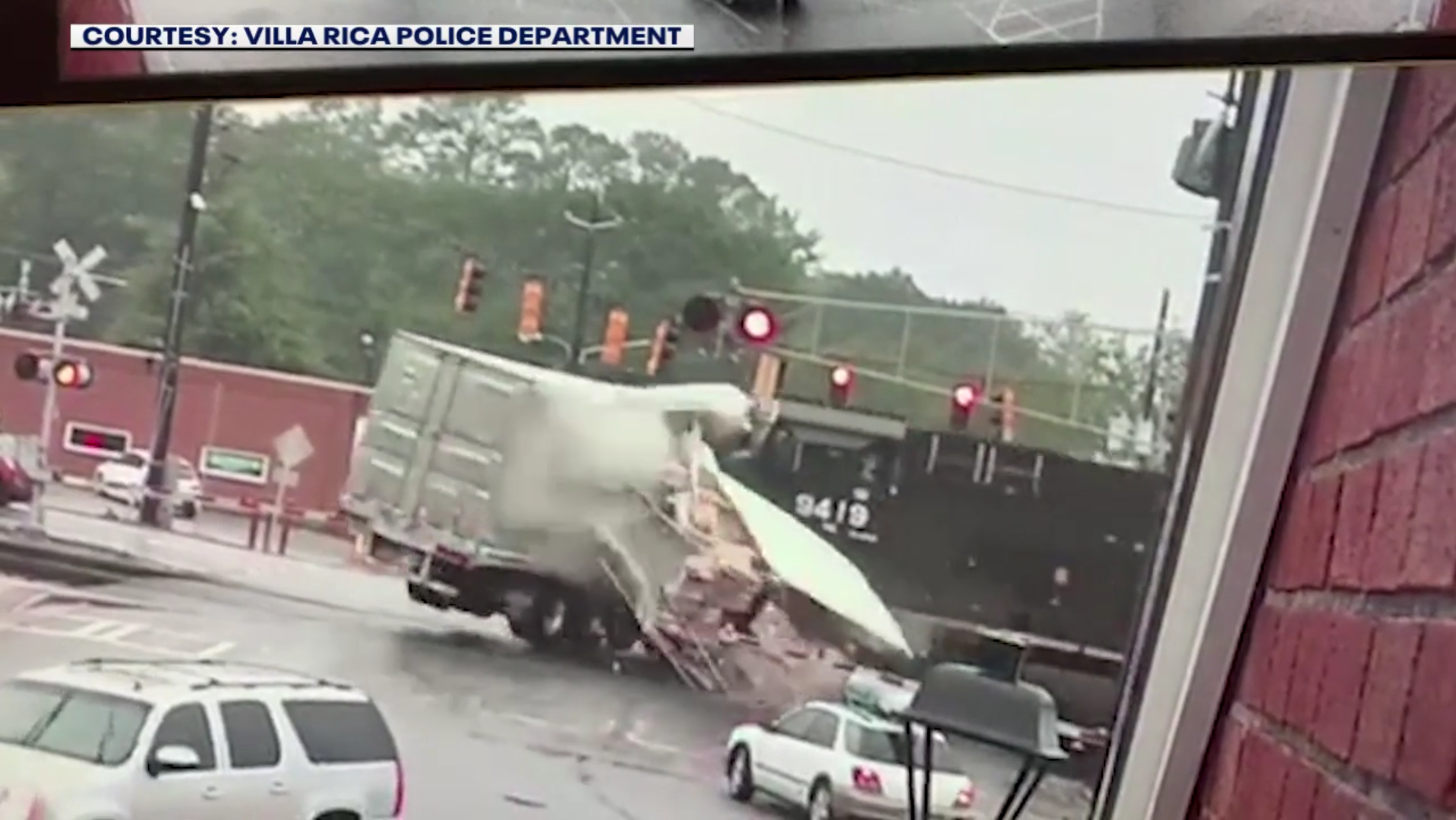 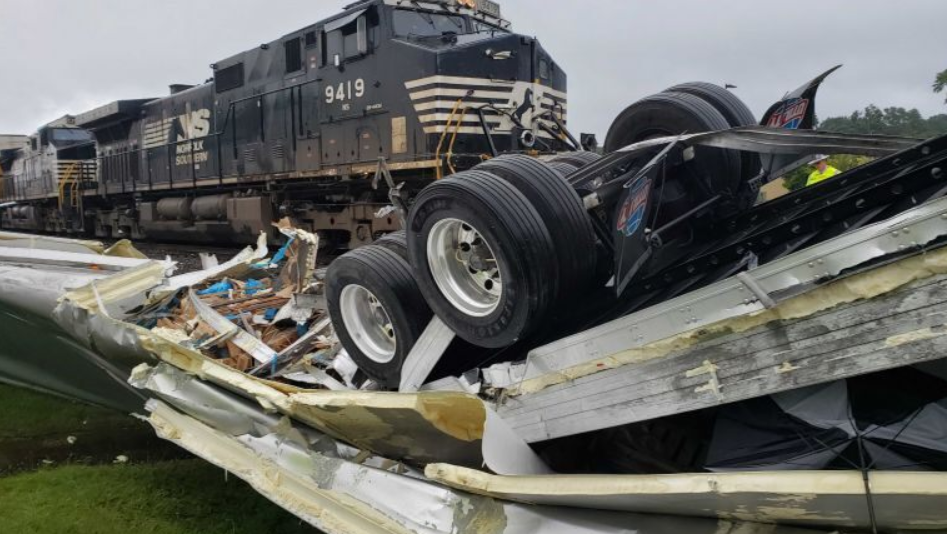 Thankfully nobody was injured by the collision in Georgia, but several of the rail crossings needed additional repairs.

The railroad remained closed as of late Thursday.

The police chief thanked the city of Villa Rica's utility crews, Norfolk Southern Railway crews, and TCR Wrecker Service for cleaning up the accident site and the roads.

The railway opened within two hours despite the massive amount of debris. 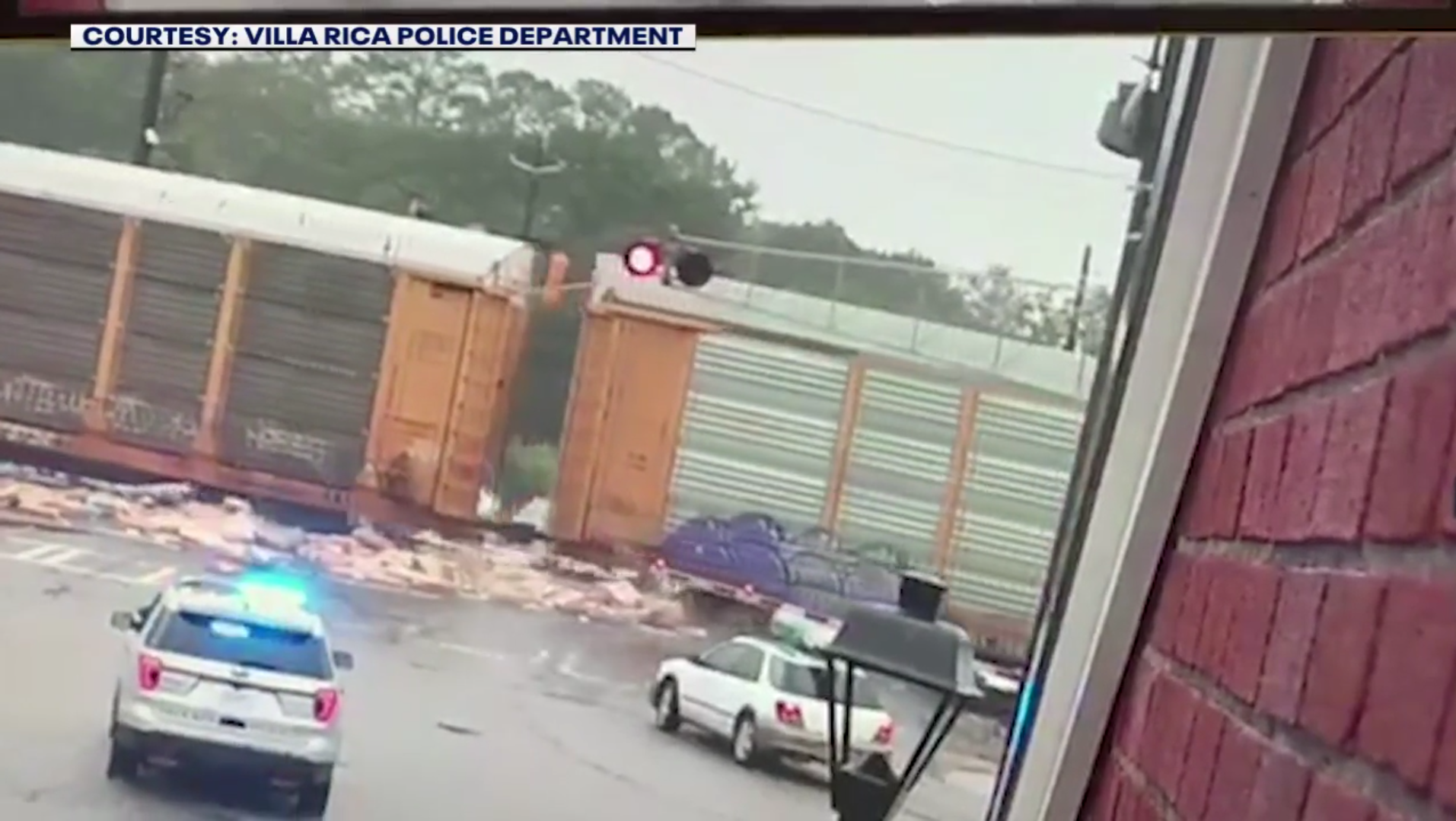 Unfortunately the crossing guards were destroyed in the collision and will have to be replaced.

There are signs in the area that restrict six-wheel traffic in the vicinity.