Social media is often derided as a waste of time, a breeding ground for toxic comments and a facilitator for the self-indulgent.

But, as Rahaf Mohammed Alqunun found, it can also be potentially life-saving.

The 18-year-old Saudi woman was stopped in Thailand en route to Australia, where she intended to seek asylum from her family who she claims are abusive.

Her passport was taken away from her and she looked destined to be boarded back on to a flight to her family, despite her protests that she feared they would kill her.

In desperation, barricaded in a hotel room, she posted about her situation on Twitter and within hours she had an online army demanding her freedom.

The support helped get her to UN refugee workers who have taken her into their care – just as her father landed in Bangkok.

Rahaf is far from the first woman to flee Saudi Arabia (one estimate suggests at least 1,000 escape each year), but those who have been stopped en route rarely have gotten as far as this teen managed.

Here are the stories of seven other women who fled Saudi Arabia, their family or simply dared to push the boundaries of the kingdom’s system of male guardianship – where aspects of womens’ lives must be ‘signed off’ by men in the family. 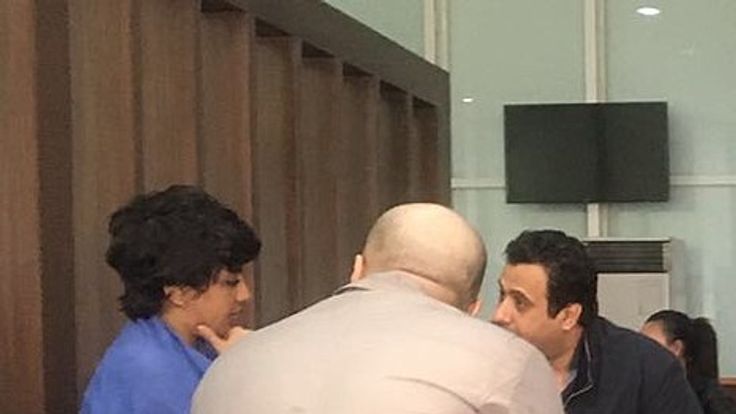 The young woman was stopped en route to Australia in 2017 where she planned to seek asylum.

Aged 24, she was forced to return to Saudi Arabia and has not been publicly heard from again, according to activists tracking her whereabouts.

She had been running away from a forced marriage when her passport and boarding pass were confiscated from her at Manila airport in the Philippines.

In an echo of Rahaf’s story, Ms Lasloom’s situation was picked up on social media and videos appearing to show her at the airport begging not to be returned over fears her family would kill her were shared.

In one video, she said: “My name is Dina Ali and I’m a Saudi woman who fled Saudi Arabia to Australia to seek asylum.

“Please help me. I’m recording this video to help me and know that I’m real and I’m here.”

In another video, Dina, wrapped in a purple shawl, shouts as she tries to get help.

Multiple passengers told Reuters they saw a woman being carried onto the plane screaming.

“I heard a lady screaming from upstairs. Then I saw two or three men carrying her. They weren’t Filipino. They looked Arab,” said one woman.

At the time, the Saudi embassy in Manila called the case a “family matter” and said she had “returned with her relatives”.

Human Rights Watch say they received reports she went on to be detained in a shelter in Riyadh for an unknown period of time and her current location is not known.

In February 2017, two Saudi sisters say they fled the kingdom to escape abuse from male family members. The pair say they were locked in their room and starved.

Then aged 30 and 28, Ashwaq and Areej fled to Turkey and attempted to apply to stay there but were detained by the authorities.

An application to stop the sudden extradition for Ashwaq failed in December the same year, while Areej’s continued to be considered.

In a video posted to social media, one of the sisters says: “If we did [return] we would be killed by our family. They will say anything for the police to kill us or put us in a prison forever.”

Human Rights Watch reported that the father of the two sisters “informed the Turkish authorities that he believed the two were planning to travel to Syria to join a militant group” – a claim the sisters denied.

The rights group said they were unaware of any criminal investigation into the women in connection with their father’s allegation.

Little has been reported since the developments in December 2017.

Unconfirmed reports suggest the pair have been released but their current location is unknown.

Maryam Al-Otaibi, a prominent campaigner to end the system of male guardianship, attempted to flee from her home province of Qassim.

Then 29, she escaped to the capital Riyadh in a bid to gain independence but was promptly arrested and detained for 104 days after her father complained, according to the Gulf Center for Human Rights (GCHR).

Before her arrest, she tweeted she did not want to “go back to hell”. 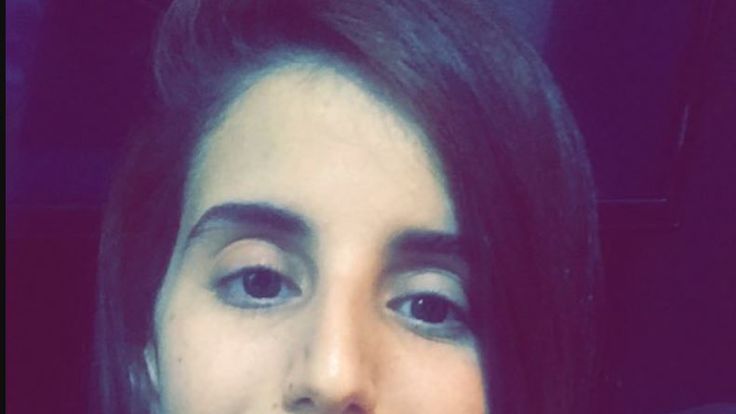 It was reported that she was released without the presence of a male guardian, which is rare in Saudi Arabia, and went on to live with her sister in the capital.

This was not her first brush with incarceration. In 2016, it was reported she was arrested and jailed after trying to report her brother to the police for alleged abuse.

Her family allegedly made a complaint of disobedience, which is an offence for women under Saudi law.

Those following the tragic case of the Farea sisters have been left with many questions that may never be answered.

Their bodies, linked together with duct tape, washed up on the banks of the Hudson River in New York in October last year.

A leading theory being investigated by police is that Rotana, 22, and Tala, 16, killed themselves to avoid being returned to their families and Saudi Arabia – although other circumstances have not been ruled out.

Their family had moved to Fairfax, Virginia, in 2015, but police are looking into claims the family were to return to the kingdom.

NYPD chief of detectives, Dermot Shea, said the sisters had admitted they would rather kill themselves than return to Saudi Arabia.

He continued: “At this time we have no credible information that any crime took place in New York City, but it is still under investigation.”

“It is entirely credible that the girls entered the water alive,” Mr Shea said, adding the tape was “not binding them tight together – more like keeping them together.”

He reported that a witness had described seeing the two women sat several feet from the river while appearing to pray shortly before their bodies washed up.

Saudi paper Arab News reported that the sisters’ family rejected the notion the women had killed themselves, or that they had run away, saying “they were a happy family”.

The same paper reports that their bodies have been buried in the Saudi city Medina.

Saudi activist Loujain al-Hathloul first caught the world’s attention when she filmed herself driving in the United Arab Emirates with the intention of crossing back into Saudi Arabia before the kingdom had lifted its ban on female drivers.

The video went viral and her live tweets of her interaction with border guards saw her name trend on social media.

She tweeted to say she had spent 24 hours frozen at the border and that her passport had been taken from her. 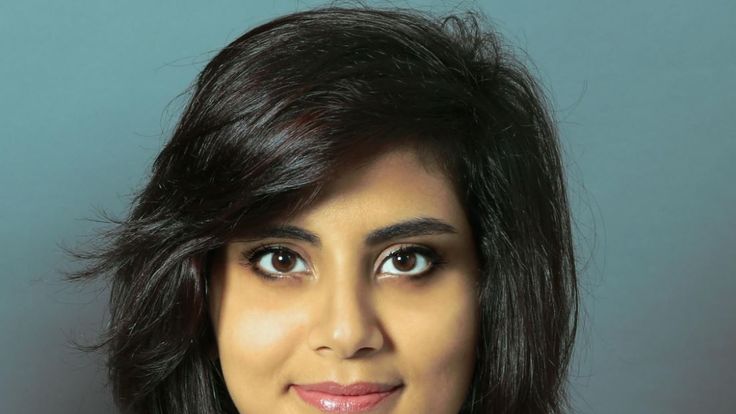 Then she went silent: Loujain was detained for 73 days.

The activist was arrested again, with no reason provided, two years later in June 2017.

After her release, the 29-year-old was imprisoned again in May 2018, along with other women’s rights activists.

The authorities have labelled them “traitors” and claim they pose a threat to the country’s security for their “contact with foreign entities with the aim of undermining the country’s stability and social fabric”.

Her husband, Fahad Albutairi, described in the Washington Post as the first Saudi stand-up comedian to appear on stage professionally in the kingdom, has also been detained in Saudi Arabia after being arrested in Jordan.

No reason for his arrest has been publicly announced by the kingdom.