The world is using more than 100 billion tonnes of natural resources per year for the first time, while global recycling has FALLEN

The world is using more than 100 billion tonnes of natural resources per year for the first time ever, while global recycling levels have fallen.

A report found raw resources use had risen to 100.6 billion for the first time in 2017, the last year data is available, an eight per cent rise on the 93 billion tonnes used in 2020.

The share of minerals, fossil fuels, metals and biomass reused also dipped from an already paltry 9.1 per cent to 8.6 per cent, the Circularity Gap Report 2020 found.

The revelation flies in the face of continued warnings from environmental groups and campaigners about the desperate state of the planet, and comes as Malaysia turns back containers filled with plastic from the world’s richest nations declaring it will not become a global dumping ground. 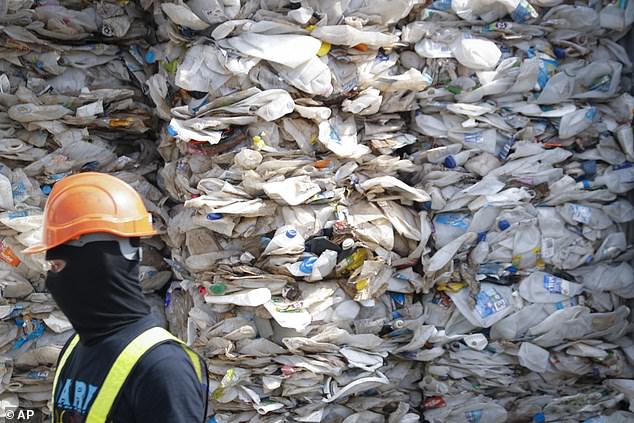 Shocking report found that recycling rates had dipped from an already low 9.1 per cent to 8.6 per cent. (Pictured: Plastic milk cartons in Port Klang, Australia, in May this year)

‘No country is meeting the basic needs of its citizens while also operating within the physical boundaries of our planet,’ said the report’s author and director at non-profit Circle Economy Marc de Wit.

He warned that rich countries must ‘take responsibility for the impact of their imports and exports’, noting that much of what they consume comes from less developed nations while most of their waste is exported.

Poorer countries and developing nations, on the other hand, tended to have higher recycling rates as waste ‘can provide a valuable source of revenue for informal workers’.

‘China, for instance, has pioneered eco-industrial parks where the waste of one business becomes the feedstock for another,’ he said. 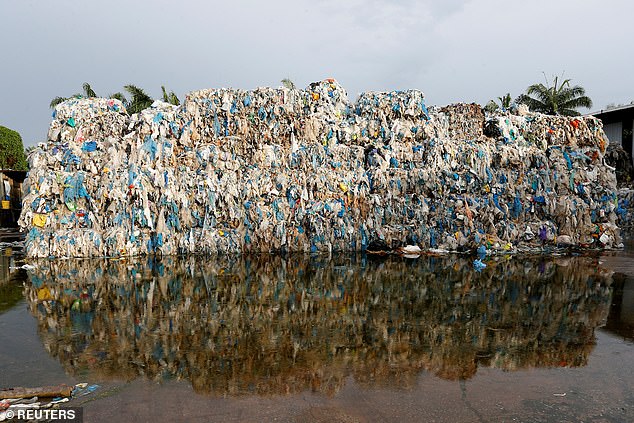 No country is meeting the basic needs of its citizens while operating within the physical boundaries of the planet, the report said, while rich countries use ten times more resources than poorer countries. (Pictured is plastic waste in Jenjarom, Malaysia)

Global use of resources will balloon to 170 to 184 billion tonnes by the middle of the century, the report predicted.

Since 1970, the human population has doubled, the global economy has grown fourfold, and trade has expanded tenfold, a trajectory that – in the absence of widespread recycling – relentlessly pushes up the demand for energy and resources.

To improve living standards – especially in low-income countries – while also protecting ecosystems that provide clear water, air and soil, the world must vastly boost the share of recycled natural resources, the authors said.