THERESA May's Brexit negotiator Oliver Robbins has been handed a knighthood despite her deal being rejected three times.

Her European adviser was knighted at the Palace today, 10 months on from the former Prime Minister’s Brexit deal being defeated yet again in the Commons. 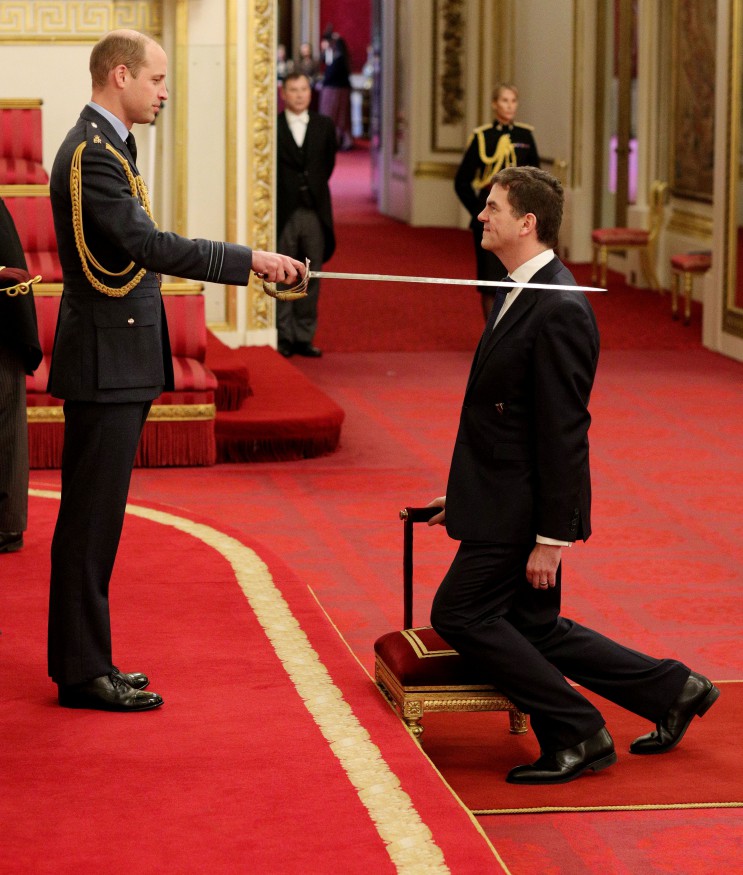 Sir Olly was made a Knight Commander by Order of Saint Michael and Saint George – an honour given for extraordinary services abroad.

The former director general of the civil service resigned from his Brussels role when Mrs May left office last summer.

Mr Robbins was blamed by many Tory MPs for Mrs May’s Brexit deal.

Now at Goldman Sachs, he has been a controversial figure with Brexiteers blasting him as a "roadblock" to quitting the EU.

He was repeatedly accused of stopping efforts to drive a tougher bargain with Brussels.

Stewart Jackson, an ex-Tory MP who worked in the Brexit Department, said: "Like Theresa May, Olly Robbins was now a roadblock to resolving Brexit."

A Tory Brexiteer MP said: "I would have thought a Legion d'honneur would have been more appropriate for his services to the European Union."

Brexit Party chairman Richard Tice said: "A reward for failure by one of the worst Prime Ministers we've ever had."

Mr Robbins wasn’t the only key political aide to be recognised in Mrs May’s honours list.

Her controversial former joint chiefs of staff Nick Timothy and Fiona Hill were also made CBEs.