A female Ambulance Victoria staffer had her phone number and a derogatory sexual offer left on the walls of public toilets in regional Victoria as part of a campaign by male colleagues to harass her out of the job.

A former senior employee said the woman "was treated so appallingly to the extent she had her private phone number plastered on walls of public toilets up and down the Calder Highway [with] words to the effect 'want a good time, easy leg-opener'". 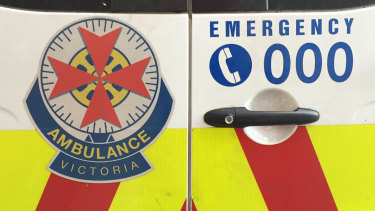 "She was harassed out of the organisation; she was the victim but she was treated as the problem," he said, claiming one of those responsible was pressured to resign, but others were not.

The man, who does not wish to be identified, said he witnessed the woman being described as "a menstruating nuisance" by a senior manager. He said he left the organisation in part because of "the misogynist, sexist and harassing bullshit that went on in the boys club".

A large number of women and men had come forward claiming that serious sexual discrimination, sexual harassment and bullying were widespread in the state's 4000-strong ambulance service, The Age revealed on Tuesday.

Advanced life support paramedic Rasa Piggott wrote to Ambulance Victoria chair Ken Lay on Monday night outlining her experiences of discrimination and harassment, after which Mr Lay and CEO Tony Walker announced on Tuesday they had commissioned an independent inquiry.

Ms Piggott wrote that "sexual and gendered harassment is woven into the fabric of Ambulance Victoria … and normalised harassment can be seen in our every day".

Dozens of paramedics and other employees have reported similar claims to the Victorian Ambulance Union and four have told The Age the bullying they experienced was so bad they considered taking their own lives. Many feared retribution if they put their names to their stories.

One woman paramedic said she felt so "disabled" by bullying from a senior woman manager "she made me believe I was not worthy of the job and not capable and there were many times I considered ending [my life] because I thought I was useless".

A man in the administrative arm said he had felt so bullied he had considered crashing his work car to get some time in hospital away from the situation, and had also considered "just putting the car into the wall" while driving in a tunnel, to end his life.

The Victorian Equal Opportunity and Human Rights Commission will conduct a review of Ambulance Victoria, similar to one it held into Victoria Police at Mr Lay's request in 2014, when he was chief commissioner.

She said it was distressing to hear of the incidents, including of women being told having children would hurt their paramedic careers, being harassed at incident scenes and demeaned by managers in front of other managers.

"Bringing these experiences to light is such an important catalyst for genuine cultural change within an organisation," she said. The terms of reference of the review are being finalised but it is expected to include victimisation, many examples of which have been reported on internal forums as well as to the union and The Age.

Survivors of workplace incidents at the ambulance service said the issues had not been taken seriously despite complaints and previous internal reviews, and were causing staff serious mental health issues that could affect performance.

Health Minister Martin Foley said the reports of maltreatment in the service were "extremely disappointing" and thanked those who disclosed them. "We thank all those who came forward and bravely came out – please know you will be supported in every way possible," he said.

He said the department would work with Ambulance Victoria to ensure staff had a safe working environment.

In a statement, Ambulance Victoria CEO Tony Walker said: "Like many Victorians, I am distressed and deeply disappointed to read reports of bullying, harassment and discrimination against women in my organisation.

"I want to be very clear that these behaviours and actions have no place in the Ambulance Victoria I lead. They will simply not be tolerated.

"Today this stops," he said.

People who have experienced discrimination or sexual harassment can contact the commission's Inquiry Line on 1300 292 153 for more information about their rights and how they can make a complaint.