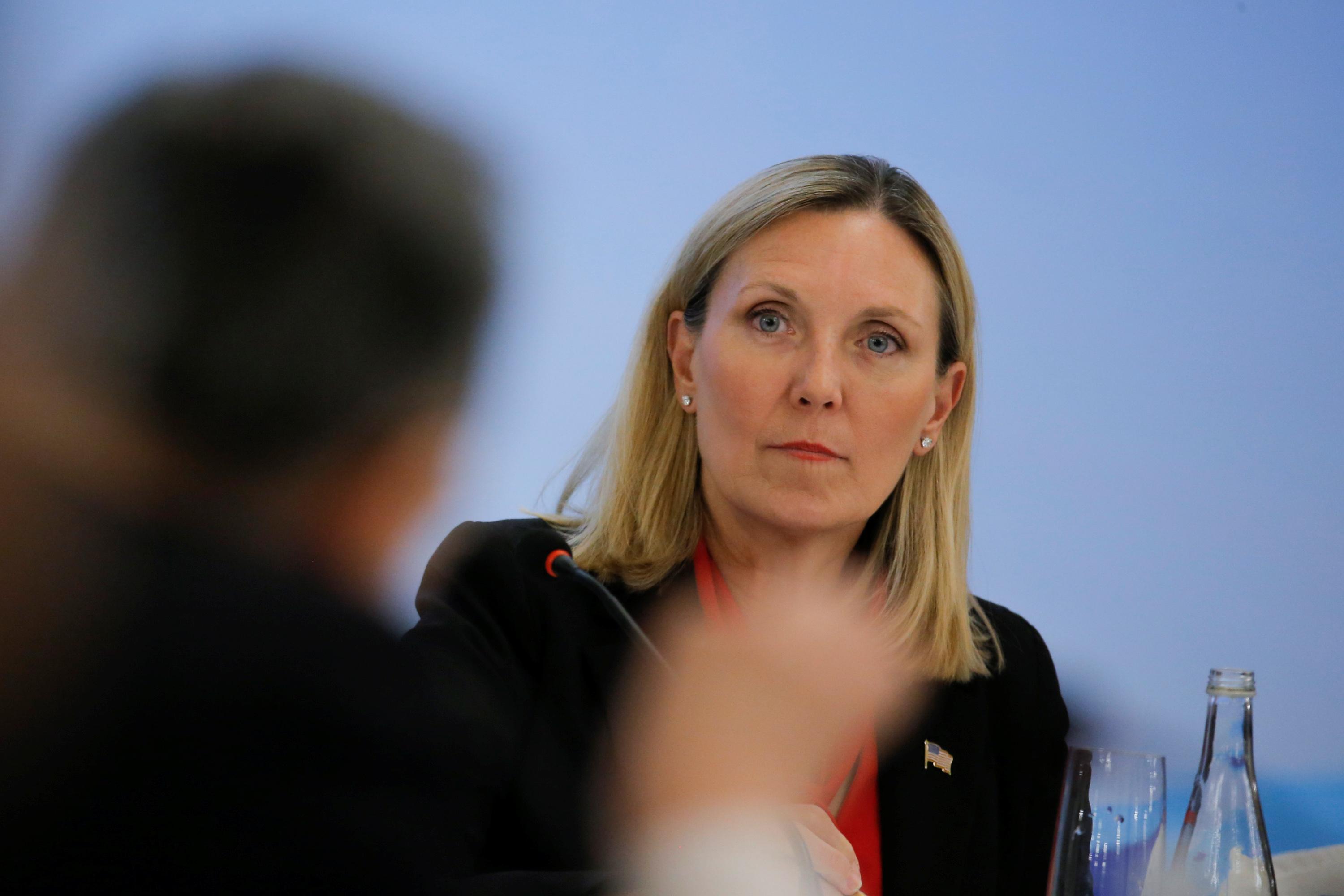 WASHINGTON (Reuters) – A U.S. Department of State official on Monday said she thinks there will be a third summit between U.S. President Donald Trump and North Korean leader Kim Jong Un, but no date has been set.

Trump’s national security adviser, John Bolton, said on Sunday that the president was open to another summit with Kim but more time may be needed. Trump and Kim first met in Singapore last June.

U.S. Secretary of State Mike Pompeo and the president “have been very clear that they remain open to the dialogue. They haven’t got a date on the calendar but our teams continue to work towards that,” U.S. Under Secretary of State for Arms Control and International Security Andrea Thompson said when asked if there would be a third meeting.

“Is there a next summit? Well, I think there will be,” said Thompson, who spoke at the Carnegie Nuclear Conference in Washington.

Thompson said it was “incredibly important” that all countries continued to maintain United Nations sanctions on North Korea until it gave up its nuclear weapons.

Trump said on Friday he would be disappointed if Pyongyang were to resume weapons testing and reiterated his belief in his good relationship with Kim despite the collapse of the summit.

Trump commented after U.S. think tanks and Seoul’s spy agency said that North Korea was rebuilding a rocket launch site. Non-proliferation experts have said satellite images indicate North Korea could be preparing to launch a missile or a space rocket in spite of a freeze in testing that has been in place since 2017.