Thousands of drivers are set to be slapped with £100 fines and penalty points against their license for ignoring warning signs on smart motorways.

The new technology will allow police to use traffic cameras to penalise motorists who don’t abide with the lane closures on 300 miles of the network.

New rules under the Road Traffic Offenders Order 2019 will come into effect from June 10 and Highways England have insisted that cameras won’t be used to penalise drivers until ‘late summer’ to allow for testing.

The Home Office has been criticised for a delay in authorising cameras which will detect drivers swerving around breakdowns and accidents, leading to fines – as it was thought the new process would have been implemented 12 months ago. 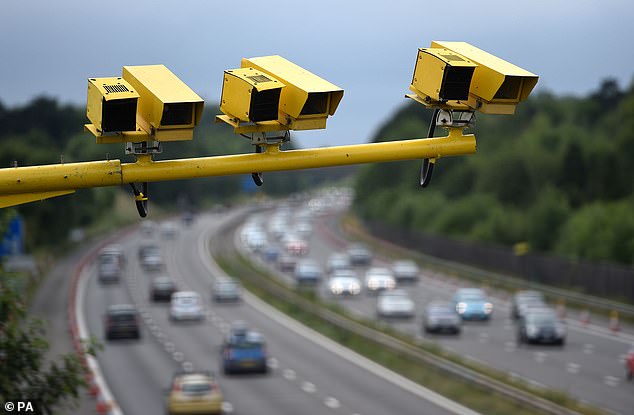 Smart motorways controversially operate without a hard shoulder and at present use red ‘X’ warnings on overhead gantries to close lanes, which can indicate stranded vehicles in the road ahead.

The fear, is that too many drivers are ignoring the signs and swerving around incidents, therefore risking a crash.

The Home Office has approved the use of cameras to fine the motorists. It signed off the legislation last week which will allow gantry-mounted cameras to issue fixed penalties to motorists who ignore lane closures of illegally drive on the hard shoulders.

Police forces will obtain data directly from cameras, allowing them to give drivers fines of £100 with three penalty points. In the past, drivers could only be fined if they were seen to be breaking the rules by traffic officers.

The change has been implemented amid safety concerns on smart motorways, where the hard shoulder is removed to create extra capacity and lay-bys are positioned up to 1.5 miles apart for drivers to pull off the road.

Edmund King, president of the AA, said: ‘Although it has taken far too long, this is a welcome measure to improve safety on motorways.’

He said the red X is put up to warn of an obstruction, so drivers must get out of the lane when they see them.

‘We have had several incidents recently where AA members’ cars have been hit in a live lane on smart motorways.’

Despite the technology being implemented, a tolerance will be built into the camera system to take account of drivers who pass under a gantry just as a red X has been displayed.

Highways England’s executive director for safety, Mike Wilson, said: ‘Our motorways are already among the safest in the world but this move will make them even safer. Red X signs over closed lanes help protect drivers from dangers ahead.

‘Most drivers comply with lane closures, but the minority of people who don’t are putting themselves and other road users at real risk. We welcome this auto-enforcement and the increase to driver safety it will bring.’

Across the UK, the smart motorway network covers 416 miles of motorway, or 208 miles in each direction. Highways England said red X signs were used on 297 miles.

Last months it was revealed that Highways England planned to almost double the length of the network to 788 miles by 2025.

MailOnline has contacted the Home Office.