Thug, 25, is jailed for seven years for putting a 13-month-old girl in a tumble dryer leaving her with a fractured skull 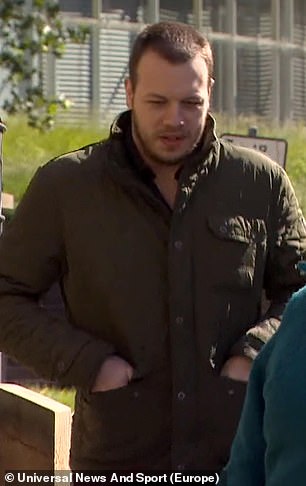 A thug who placed a 13-month-old girl in a tumble dryer before assaulting her in a separate attack has been jailed for seven years.

Thomas Dunn, 25, claimed he had only ‘assisted’ the toddler after he had seen her climbing into the machine herself.

Dunn, of Hamilton, Lanarkshire, said he did not fully close the machine door on the child but the dryer had activated and started rotating.

The attack caused the child, who cannot be named for legal reasons, to sustain skull fractures. On another occasion, he struck the child on the head and body, causing her severe injury.

Dunn was found guilty of a charge of culpable and reckless conduct and a charge of assault in June at Dundee Sheriff Court.

Sheriff Alistair Brown told Dunn that he could only jail him for a maximum of five years. As he did not think this would be sufficient, he instead referred the case to the High Court for sentencing.

Defence advocate Niall McCluskey yesterday told the High Court in Edinburgh that his client ‘suffered from depression and mental health problems’, adding: ‘He also accepts that the imposition of a prison sentence is inevitable.’

Passing sentence, Lord Brodie told Dunn: ‘You have been found guilty after trial of very serious offences against a one-year-old child who had been in your care. As you yourself accept, there is only one sentence I can impose for these offences and that is custody.

‘You will go to prison for seven years and you will be supervised for a further three years.’

During proceedings earlier this year, the court heard the attacks took place at an address in Arbroath, Angus, over a two-week period from December 18, 2017 to January 8, 2018. Dunn was convicted after claiming in evidence he tried to help the little girl climb into the machine. He said he was ‘mucking around’.

On January 8, he assaulted the same girl by striking her on the head and body, striking her against an ‘object’ and biting her. 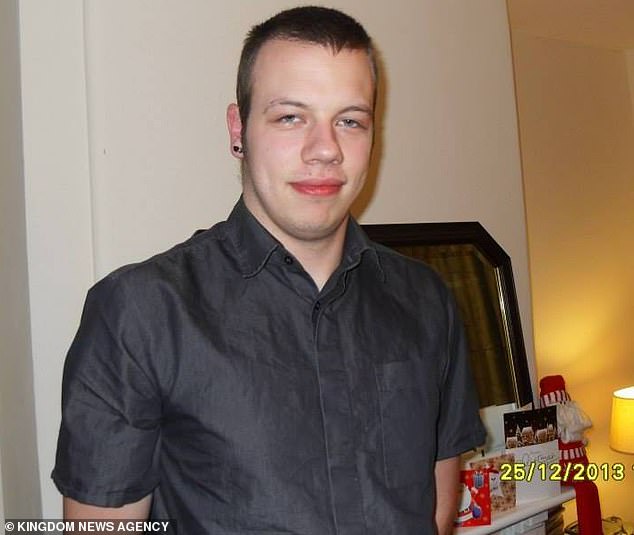 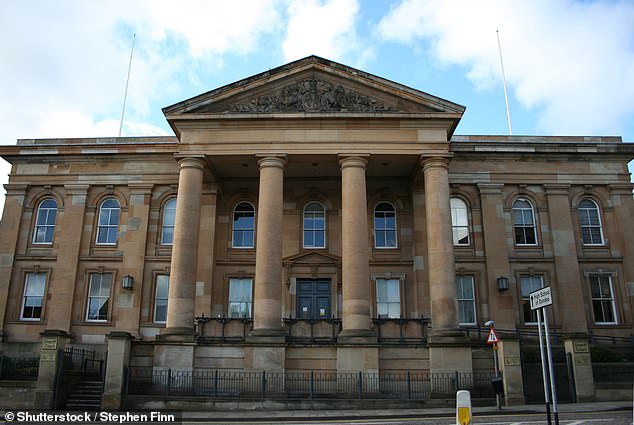 He claimed that he had found the child lying limp while he was caring for her at a house in Arbroath.

She was taken to hospital, where medics found she had suffered brain injuries.

At the earlier hearing, Sheriff Brown told Dunn: ‘The assault charge is so monstrous and carried out with such utter indifference to this little girl’s life that my powers are not adequate to deal with you.’

In June the toddler’s mother, who cannot be identified for legal reasons, told how she had let her then-friend Dunn look after her child on three occasions as she was struggling to cope.

‘I felt like he was a support at that time,’ she said.

On the day of the assault she left her child with him while she visited a friend and later received contact saying the girl had bumped into her buggy and had a bleeding nose.

He messaged her: ‘I’m just raging as I thought she was chilling watching Paw Patrol then I heard the thud.’

Dunn later made contact saying he was taking her to the minor injuries unit as she had not seemed well after her nap, ‘flopping to one side’, and he said he noticed a small lump on her head.

An ambulance was called and an examination at Ninewells Hospital revealed two fractures to her skull.