Now that’s just rubbing it in! Hilarious moment mother finds her giggling toddler daughter has covered herself in an entire BOTTLE of sun tan lotion

This toddler took her skin care routine a little too far when she hilariously emptied way too much sunscreen onto her legs.

Trisha Maxwell, 42, found her two-year-old daughter, Piper Jane, covered in a whole bottle of sunscreen in their yard in Lees Summit, Missouri.

Trisha films her daughter as she sits on the ground beaming with pride absolutely slathered in sunscreen. 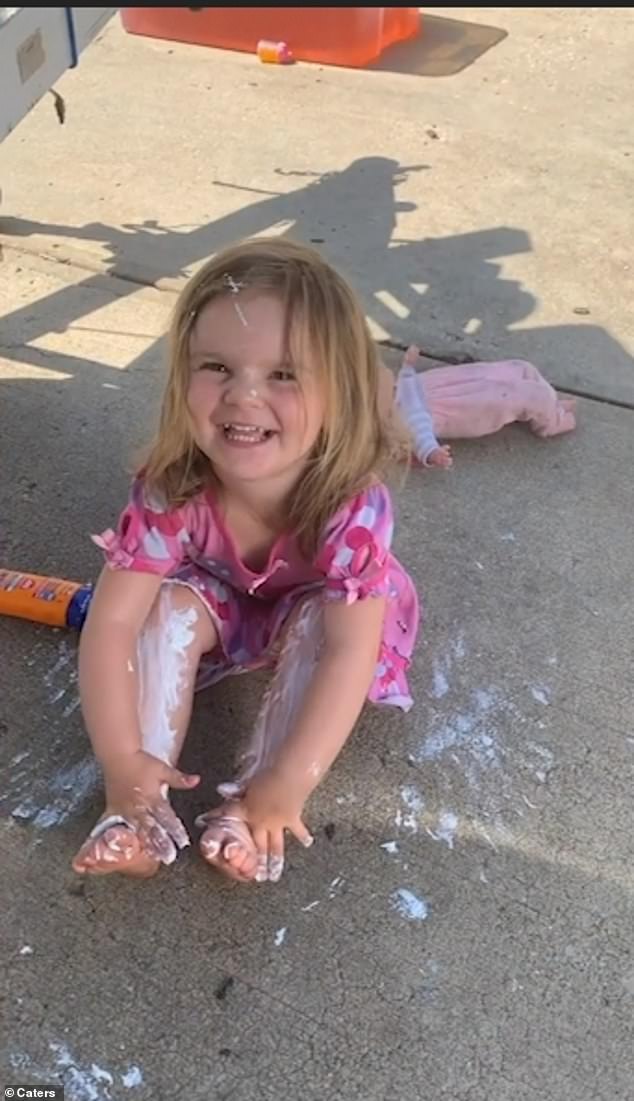 Piper Jane applied a whole bottle of sunscreen onto herself and then hilariously defended her decision to her mother in their yard in Lees Summit, Missouri 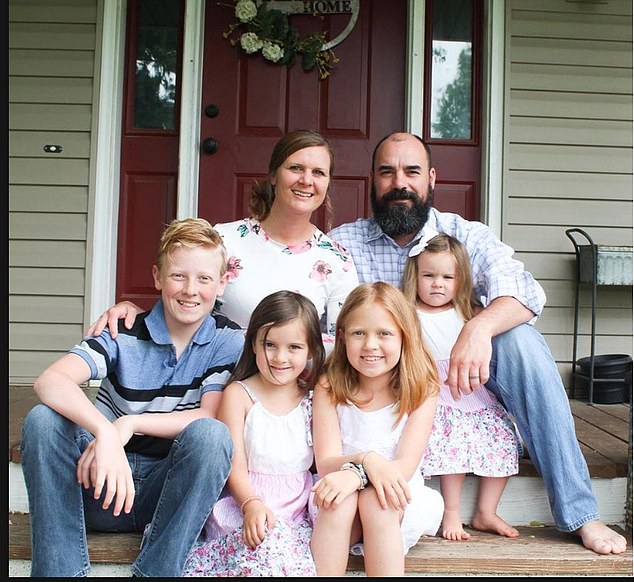 Piper pictured with her mother Trisha Maxwell, father and siblings at their home in Lees Summit, Missouri

Viewers can hear Trisha laughing as she says: ‘Piper Jane!

‘What are you doing?’

Piper giggles at her mother adorably and examines her sunscreen work before she diligently continues to apply it.

‘Sunscreen,’ Piper yells when her mother asks what the cream is.

Trisha follows up with a second question: ‘Do you think you need that much sunscreen?’

Piper objects when her mother says it is time to find the hose and her face goes serious when she says: ‘No don’t spray me.’

The video ends with Trisha explaining that so much sunscreen will not in fact ‘rub right in’.