A tourist has been criticised for ‘humiliating’ a tiger after she fearlessly grabbed its testicles at a zoo in Thailand.

The woman was visiting the Tiger Kingdom zoo in Chiang Mai, northern Thailand, when she posed for selfies with the animal.

Shockingly, she reached between the big cat’s legs then cupped its genitals while photographing the act on August 26.

Pictures of her stunt emerged online and the woman, Waraschaya Akkarachaiyapas, was criticised by angry locals who accused her of ‘humiliating’ the tiger. 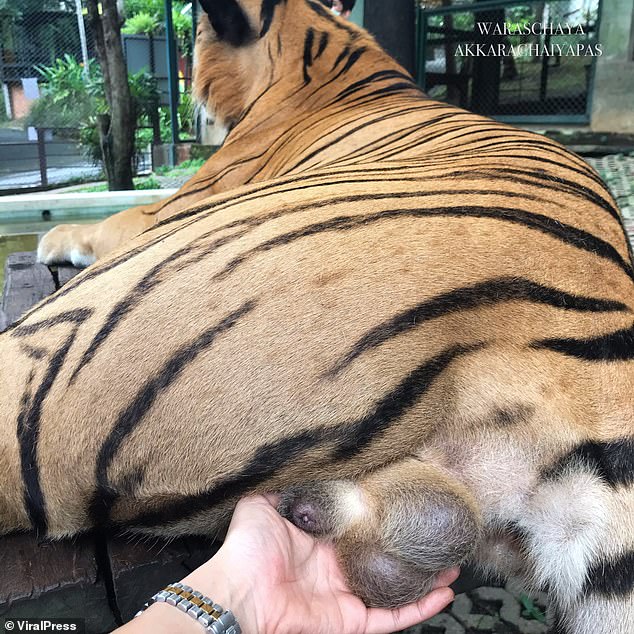 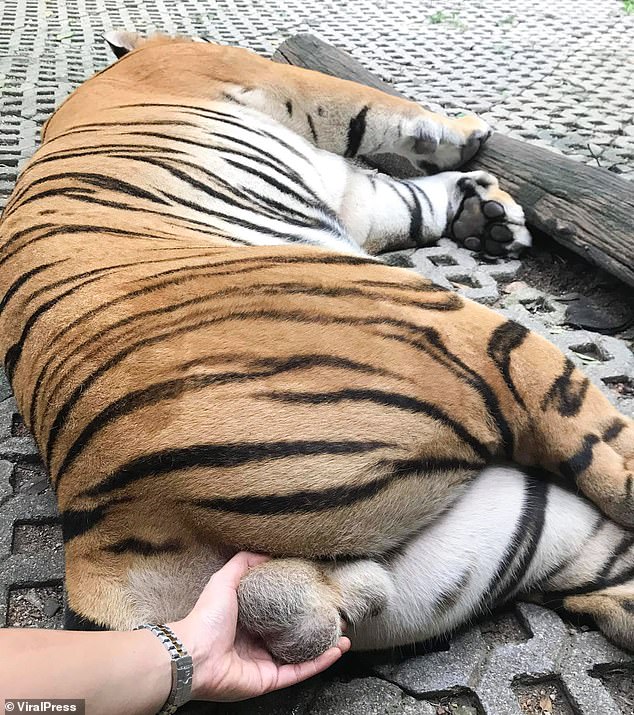 Pictured: The moment Akkarachaiyapas cupped the tiger’s testicles at the zoo in Chiang Mai, Thailand 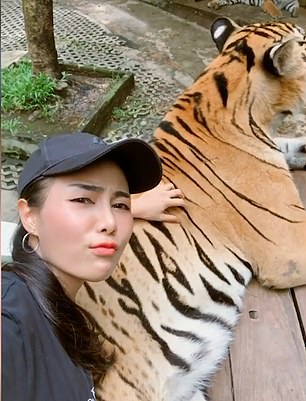 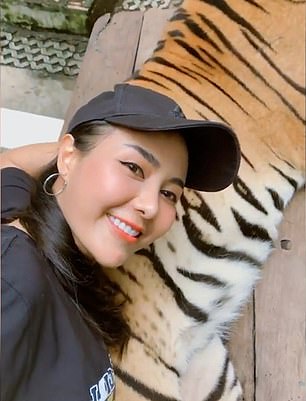 Akkarachaiyapas can be seen posing with the tiger before grabbing its genitals at a zoo in Chiang Mai, Thailand. The tourist defended her actions afterwards, calling herself an animal lover

Similar zoos have faced criticism for allegedly sedating the powerful animals so tourists can pose for pictures with them.

One shocked viewer, Phorntip Siracha, wrote online: ‘This is so rude. The tiger did not allow you to touch his privates. You have no right to do that.’

Another, Kaew, said: ‘This is dangerous. If the tiger had reacted angrily it could have attacked you.’

Others said they felt sorry for the tiger for having its testicles exposed online.

Waraschaya defended herself against the stunt and said she is an animal lover. 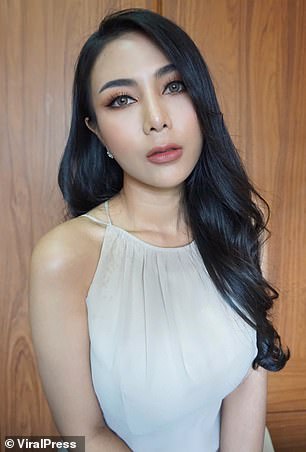 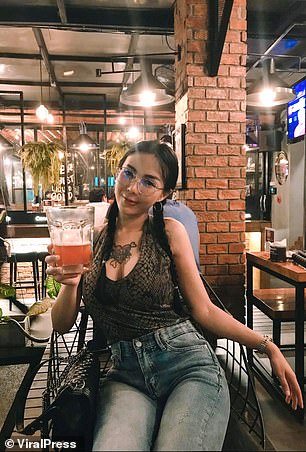 Waraschaya defended herself after social media users said she was humiliating the animal in Chiang Mai, Thailand, claiming that she is an animal lover 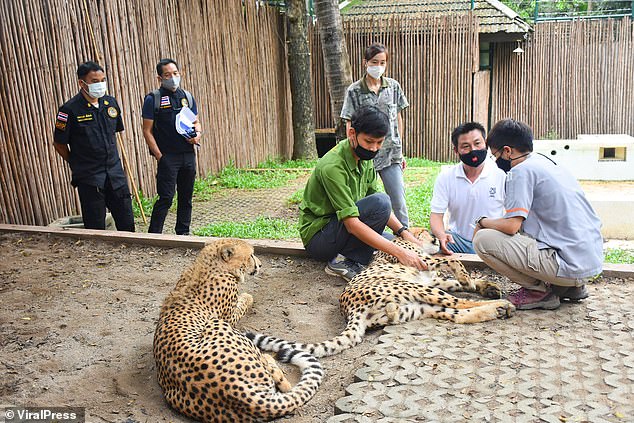 Zoo keepers at the Tiger Kingdom Zoo in Chiang Mai said they will, from now on, ensure that no visitor will be able to touch the tigers’ testicles again (Pictured: Keepers at the zoo with leopards)

After hearing about the incident, the head of the zoo keepers, Pirom Cahntama, said on August 29 that the staff are trained to take care of their guests and the tigers.

He said that they are monitored carefully during close interactions where people take selfies to ensure that both are safe.

Pirom said: ‘We do not allow tourists to grab the tigers’ testicles but they are allowed to touch any part of the animal’s body as long as our specialists are present.

‘From now on, we will make sure that no visitor will ever be able to touch this part of a tiger’s body again.’

He added that the zoo specialists regularly examine the tigers’ genitals and other parts of its body for health check.