FLOODING from Tropical Storm Fay has impacted the subways and streets since battering the mid-Atlantic coast with heavy rain on Friday. 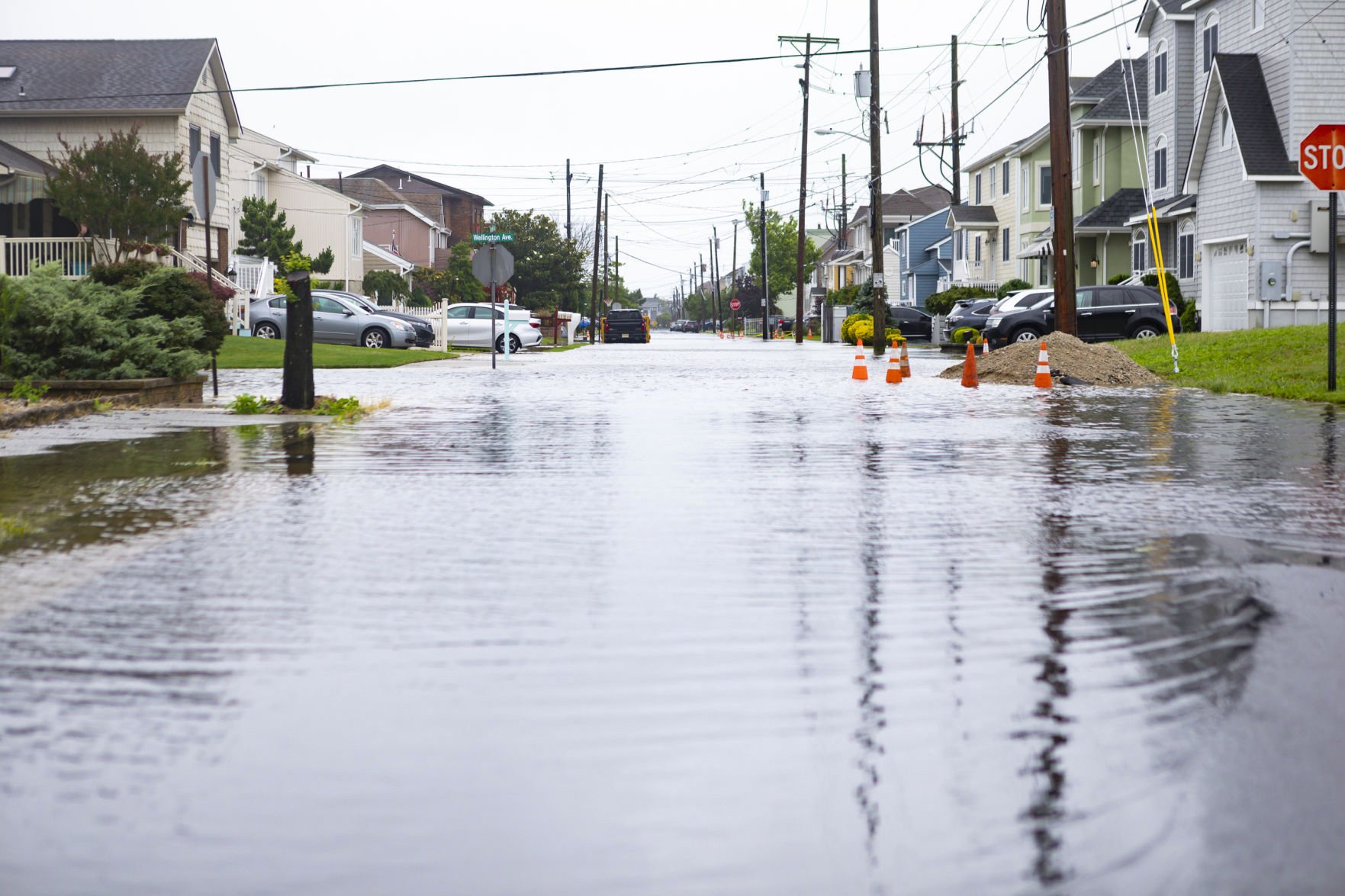 In New York City, several popular subway stations like Times Square and Herald Square, experienced streams of water coming down onto the platform or benches from the ceiling.

The flooding was a result of heavy rains from the sixth tropical storm of the season, Tropical Storm Fay.

The impact of the storm is set to last for weeks with a coast-to-coast heat dome settling in after the floods. 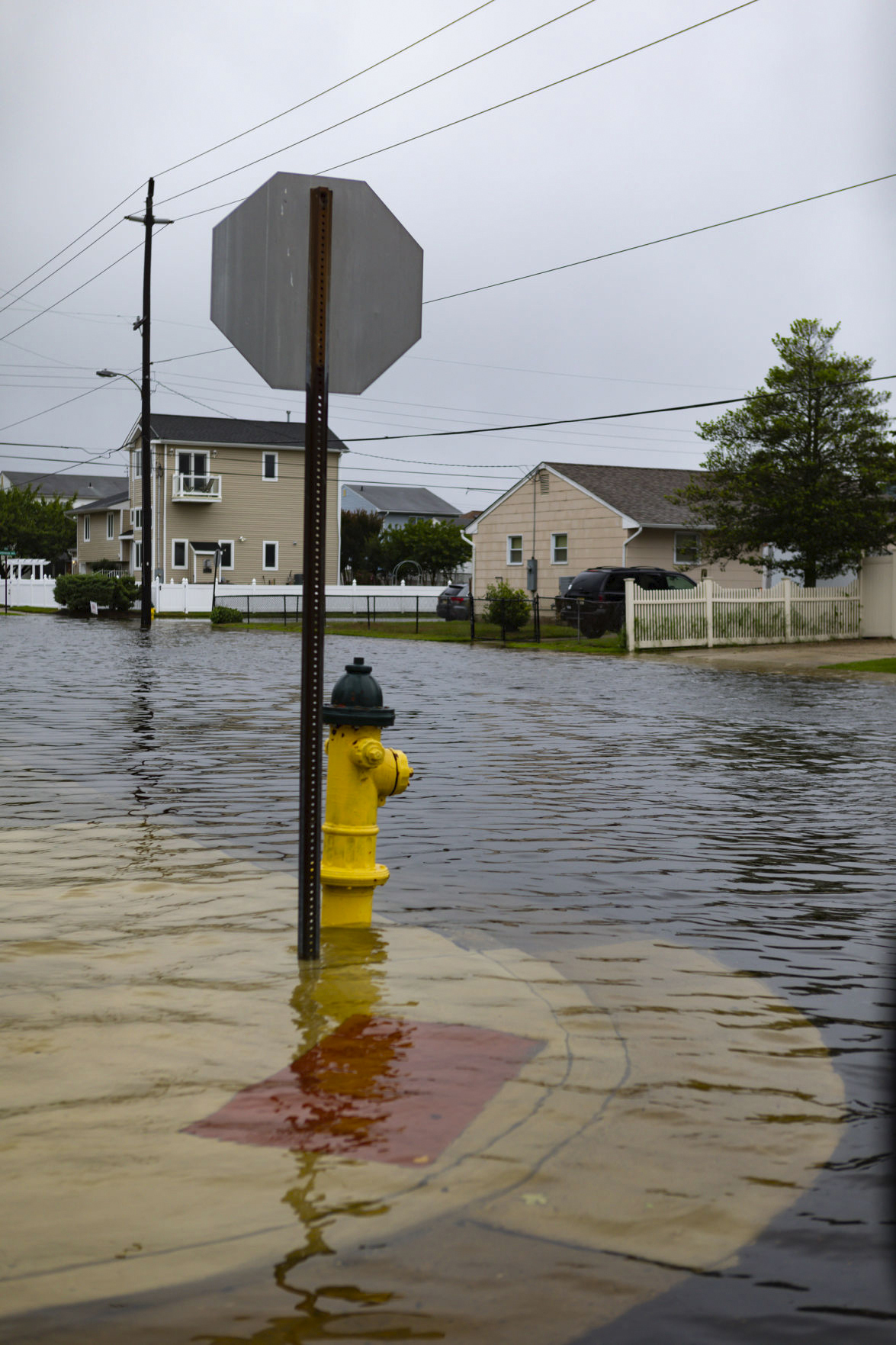 A flash flood warning was issued in parts of New Jersey as early as Thursday night.

Rainfall is also forecast across the mid-Atlantic coast into southern New England but the storm is expected to weaken as it moves inland.

"Residents along the mid-Atlantic and Northeast coasts should expect conditions similar to a Nor'easter," CNN meteorologist Taylor Ward said.

Nor'easters usually produce heavy rain or blizzards as winds blow from the northeast.

The storm is likely to produce between three and five inches of rain, potentially causing flash flooding. 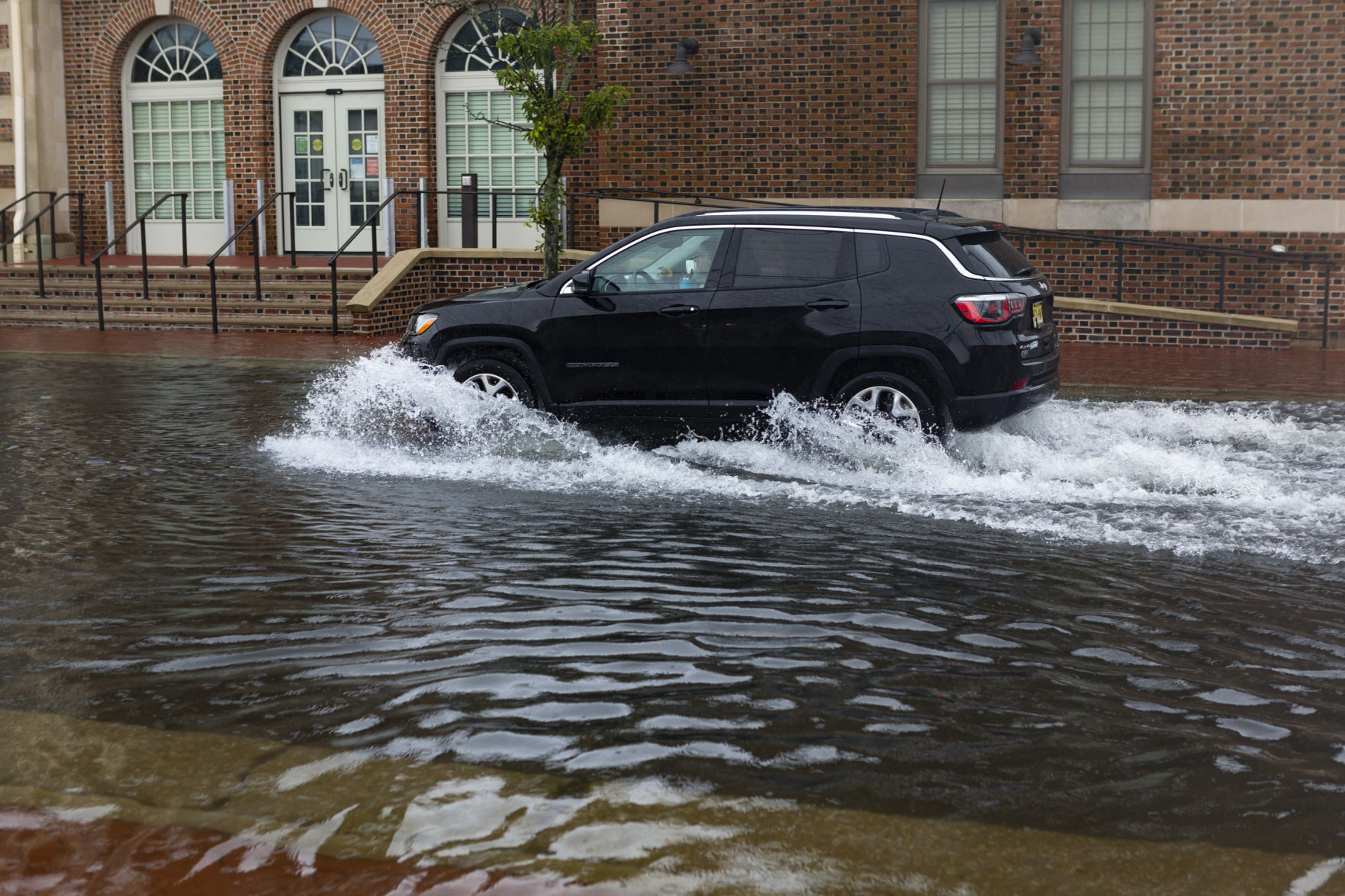 Coastal areas from the mid-Atlantic to Long Island and southern New England may see wind gusts over 30mph and there will be dangerous surf and rip currents along parts of the East Coast.

There is a chance of isolated thunderstorms or tornadoes on Friday, according to the National Oceanic and Atmospheric Administration Storm Prediction Center.

The wild weather on the East Coast is set to be followed by a "punishing and relentless" coast-to-coast heatwave with temperatures reaching at least 90 degrees. 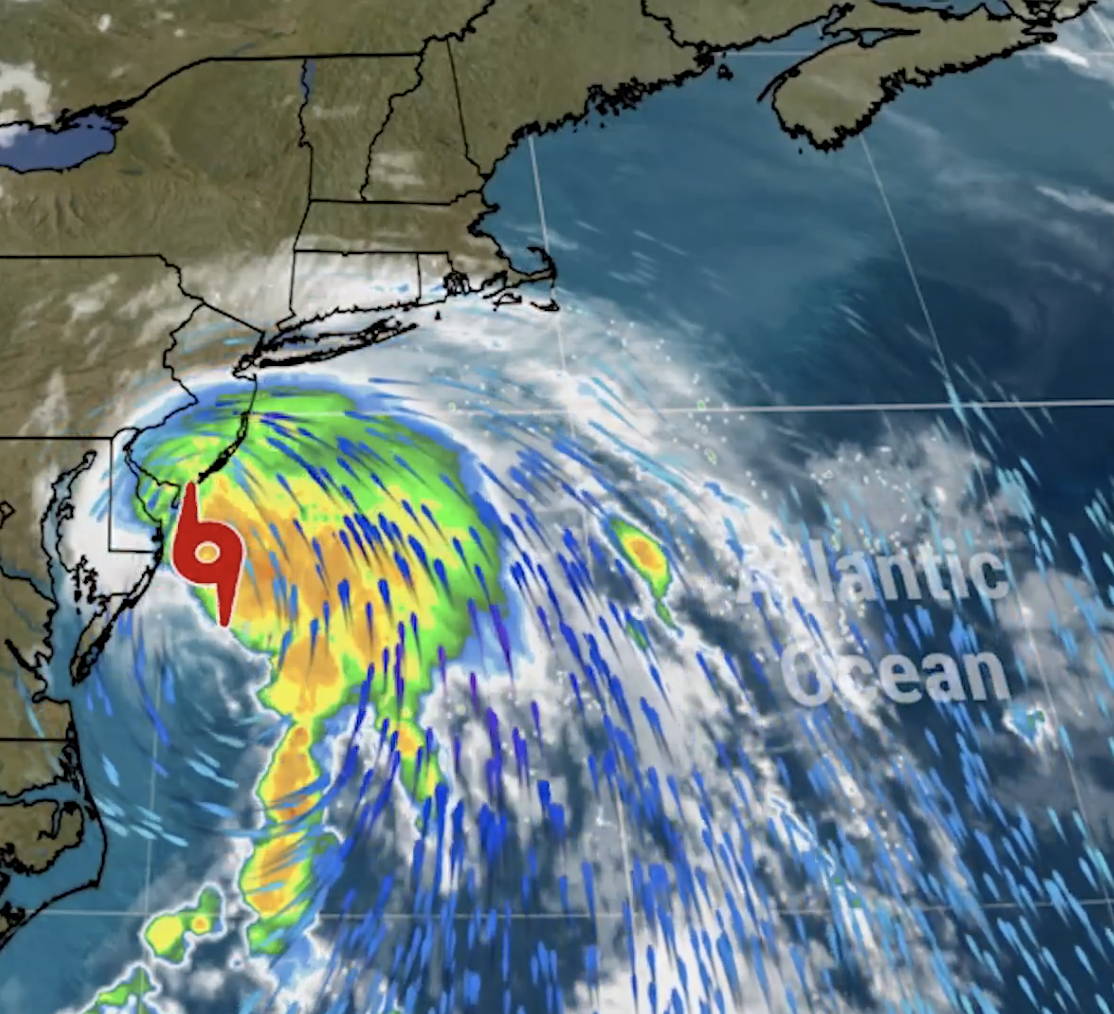 As New York is battered with rainfall, Las Vegas and Phoenix, Arizona, are baking in hot temperatures – forecast to peak above 110 degrees.

The heat is set to move north and east, spreading 100-degree temperatures into the Ohio Valley and the mid-Atlantic, according to forecasts.

At least 75 record-high temperatures are forecast from Friday to Tuesday, with some likely to be broken, report the National Weather Service.

The warm weather is expected to blanket America for weeks, according to meteorologists. 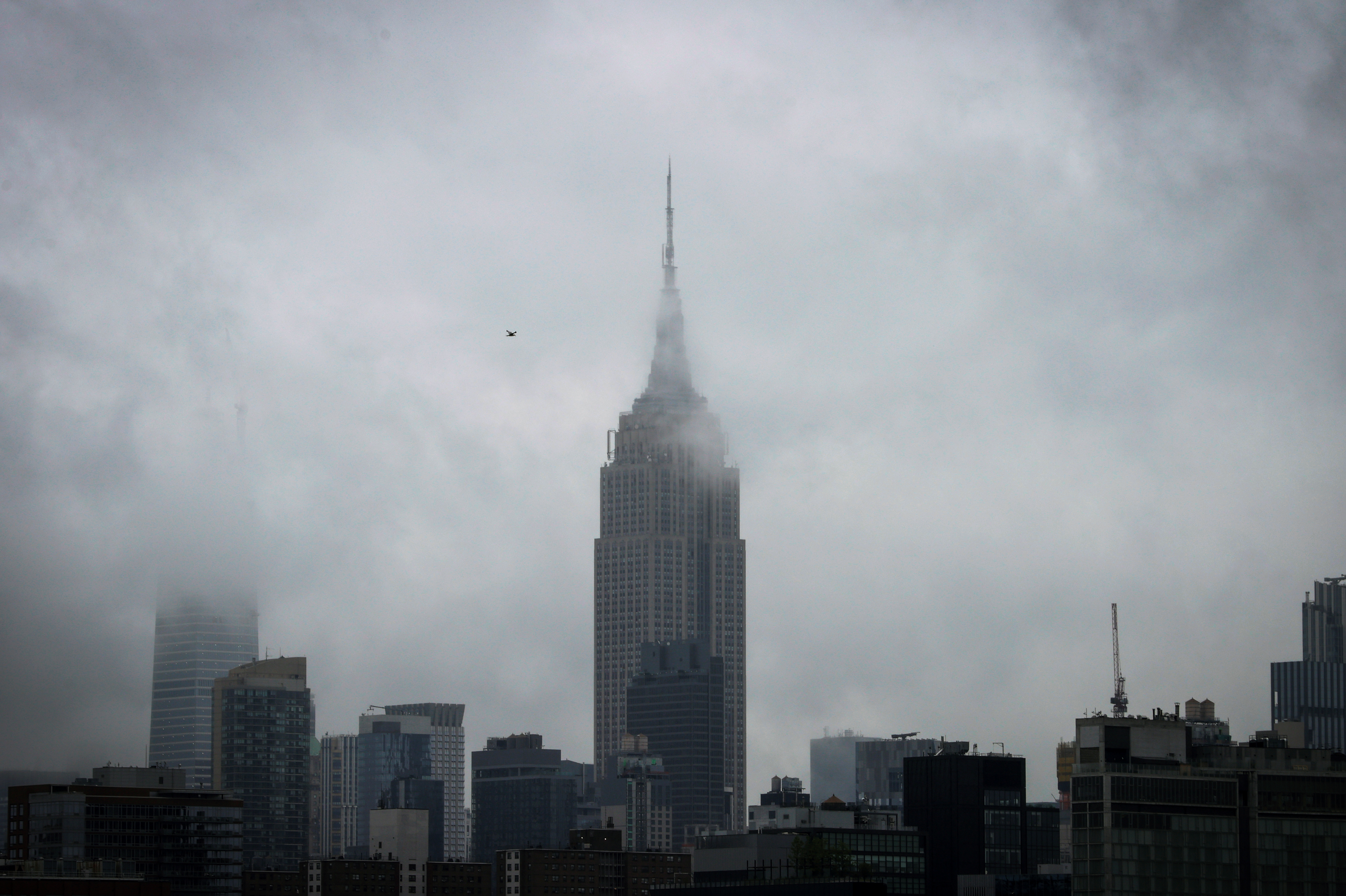 "This heatwave will be very long-lived, lasting multiple weeks in some areas with only a few days of near-normal temperatures during that span," said Jeff Masters, founder of Weather Underground.

The temperatures are reportedly nearly 20 degrees higher than the average high of 92.

Long periods of heat are known as heat domes.

They are formed when vast areas of sweltering heat become "trapped" under a high-pressure dome.

The larger a heat dome grows, the longer the heatwave lasts.

More than 80 percent of the country – 265million people – have been forced to endure temperatures of over 90 degrees for at least one day this week, report CBS News.

About 150million will have sweltered in temperatures of over 100 degrees.

The mercury is set to reach 117 in Phoenix on Sunday while highs of over 90 is forecast in New York on Thursday.

Excessive heat warnings have been issued in southern Nevada, southeast California, and northwest Arizona amid the scorching temperatures.

"We look at how rare the event is and compare to what's normal," Marvin Percha, National Weather Service meteorologist told CNN.

"Considering the temperatures we have forecast now, we're looking at a pretty rare event," he said.

People in affected areas have been encouraged to take safety measures.

"Anyone with heart or diabetic issues should be particularly careful about this and really do their best to really stay out of it," Percha said.

More than 600 people in the US are killed by extreme heat every year, according to the Centers for Disease Control and Prevention.