BRUSSELS (Reuters) – U.S. President Donald Trump’s top diplomat promised on Tuesday a new democratic world order in which Washington will strengthen or jettison international agreements as it sees fit to stop “bad actors” such as Russia, China and Iran from gaining.

In a twist on Trump’s “America First” policy, U.S. Secretary of State Mike Pompeo said Trump was not abandoning its global leadership but instead reshaping the post-World War Two system on the basis of sovereign states, not multilateral institutions.

“In the finest traditions of our great democracy, we are rallying the noble nations to build a new liberal order that prevents war and achieves greater prosperity,” Pompeo told diplomats and officials in a foreign policy speech.

“We are acting to preserve, protect, and advance an open, just, transparent and free world of sovereign states,” Pompeo said, adding that China’s ability to benefit from the current U.S.-led system of trade and other agreements was an example of “the poisoned fruit of American retreat.”

Speaking in Beijing, Chinese Foreign Ministry spokesman Geng Shuang said Pompeo’s statements “did not accord with the spirit” of the meeting just days earlier between Trump and Chinese President Xi Jinping at the G20 summit in Argentina.

“I don’t know for what purpose someone would applaud then and now say something like this,” Geng said, referring to media reports that applause broke out after Xi and Trump agreed to a trade war ceasefire at their meeting in Argentina.

Geng said that while the United States “flies the flag of America First, and wields the baton of protectionism and unilateralism”, China was an important contributor to multilateralism, the international rules-based order and global economic development.

Pompeo, a former Army officer who is regarded as a Trump loyalist with hawkish world views, said Trump was also pushing both the World Bank and the International Monetary Fund to stop funding countries such as China, saying they already had access to financial markets to raise capital.

Pompeo’s address, which was met with polite applause, rejected concerns among many traditional U.S. allies that Trump is undermining the West by withdrawing from climate, free-trade and arms control accords.

Pompeo said Trump was reforming the liberal order, not destroying it. He cited Britain’s decision to quit the European Union as a sign supranational organizations were not working. 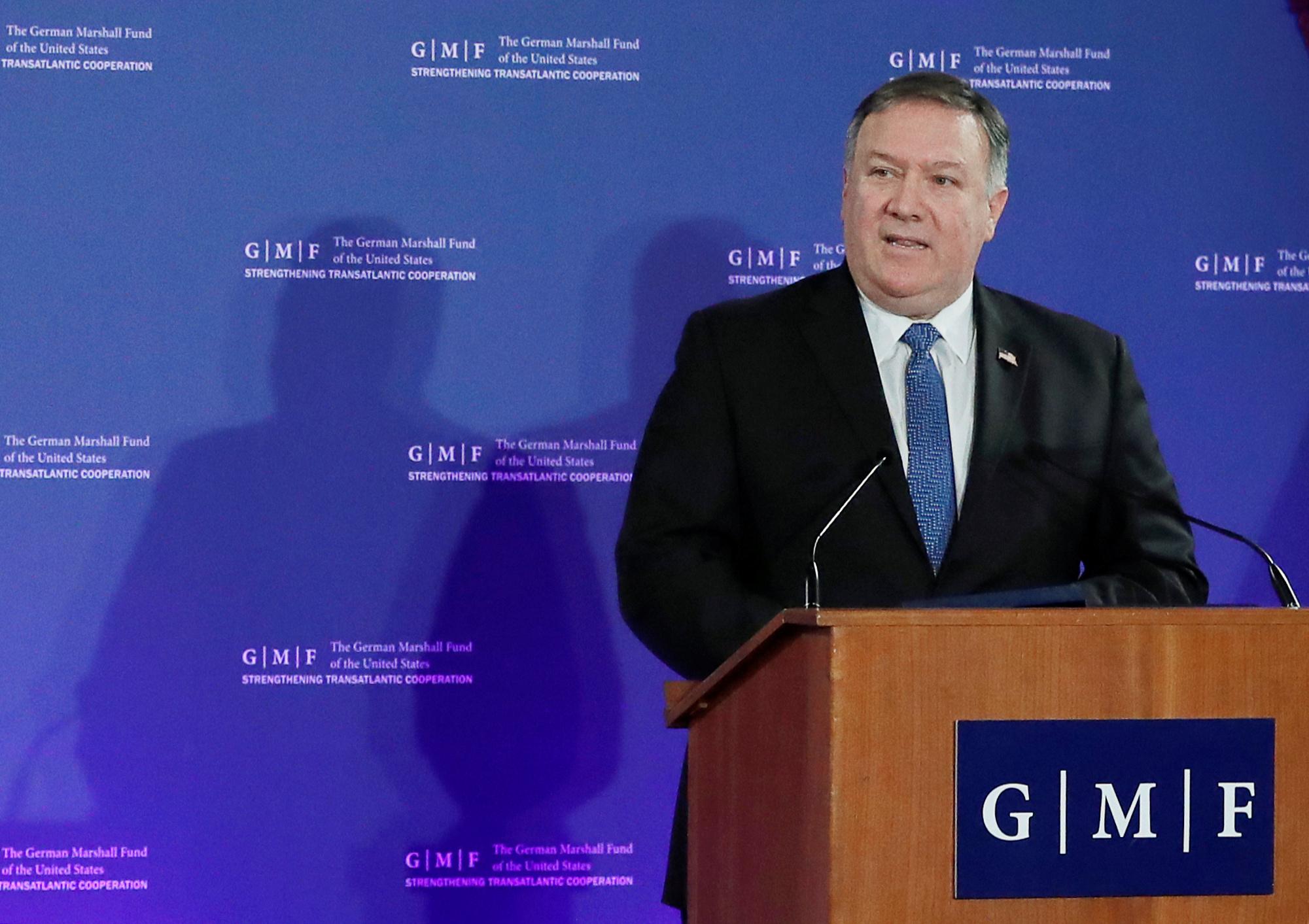 He also took aim at “bureaucrats” responsible for upholding multilateralism “as an end in itself” and cast doubt on the EU’s commitment to its citizens.

That drew a rare rebuke from the European Commission, the bloc’s executive.

Asked to reply to the Secretary of State’s remarks, its chief spokesman offered an explanation of how the EU executive is subject to control by citizens via the directly elected European Parliament and by the governments of the member states.

Pompeo’s speech marks the latest attempt by a Trump official to place the president’s decisions into a coherent policy plan, after visits to Brussels by his vice president and other senior U.S. officials.

European leaders are troubled by Trump’s rhetoric and say that his decision to pull out of the Paris climate change accord and the 2015 Iran nuclear deal undermine European priorities.

Alluding to Trump’s policies in a speech on Monday in Cambridge, Massachusetts, EU foreign policy chief Federica Mogherini warned of “the rule of the jungle” replacing the rule of law.

“Our administration is … lawfully exiting or renegotiating outdated or harmful treaties, trade agreements, and other international arrangements that don’t serve our sovereign interests, or the interest of our allies,” he said.

Under pressure from Washington, the U.S.-led NATO alliance is expected later on Tuesday to declare Russia in formal breach of a nuclear arms control treaty, paving the way for Trump to withdraw from the Cold War-era agreement. 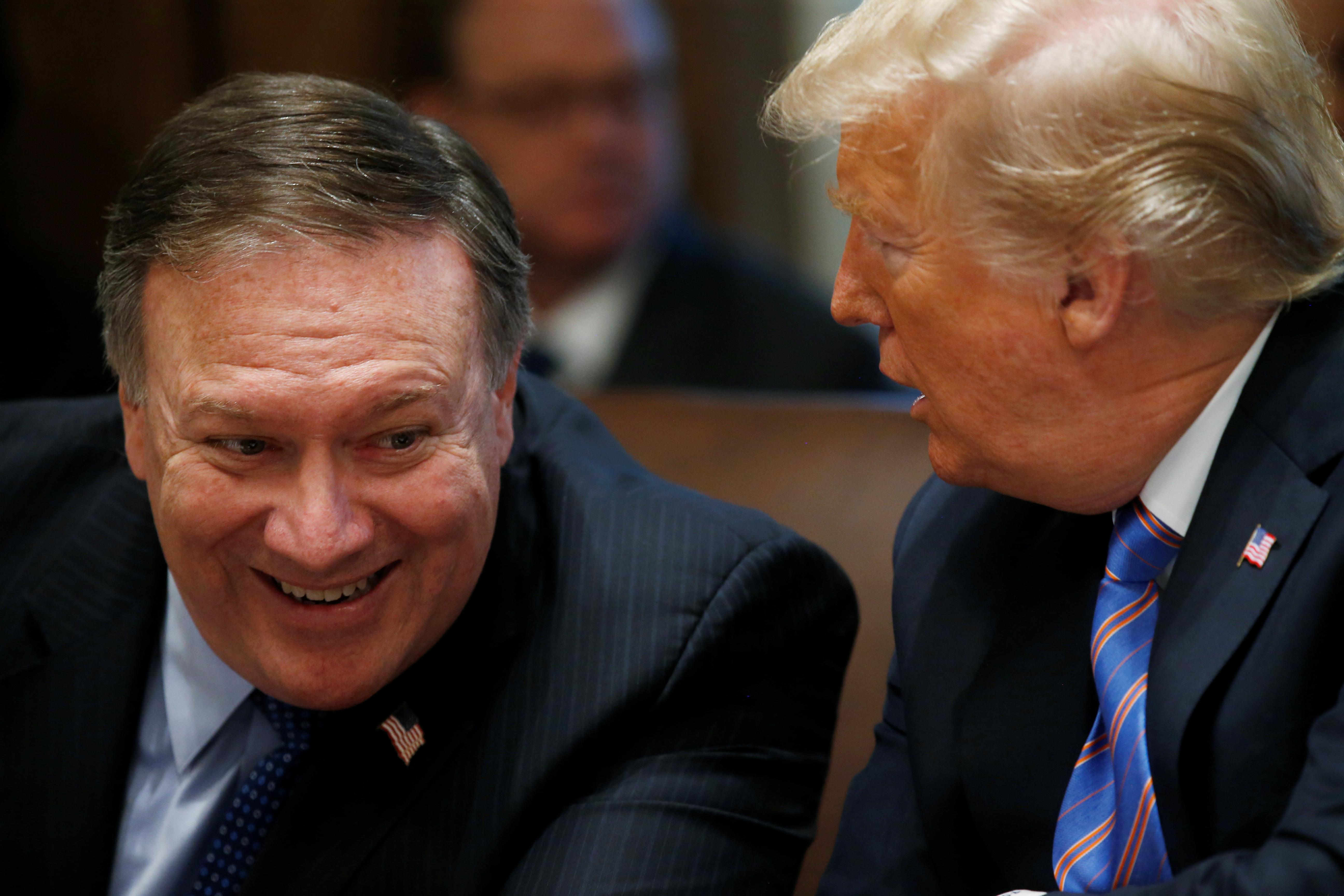 NATO’s European allies have pressed Trump not to follow through with his threat to quit the Intermediate-Range Nuclear Forces (INF) treaty with Moscow, signed in 1987, but instead to work to bring Russia into compliance with the pact.

However, diplomats said they were now trying to limit the fallout of the decision by staggering the expected U.S. withdrawal into next year and first formally accusing Russia of breaking the INF agreement, which rid Europe of land-based nuclear missiles. Russia denies violation of the pact.