Washington: US President Donald Trump, a leader who is not exactly a man of letters — at least not beyond those on his CAPS LOCK keyboard — has been using his Twitter account to promote a slew of books that he regards as "incredible","terrific" and "great originals."

At least six books, presumably in the running to line the conspiracy theory section of the future Trump presidential library, have titles like Spygate: The Attempted Sabotage of Donald J. Trump and The Russia Hoax. The authors are supporters like Jeanine Pirro, a longtime friend whose book Liars, Leakers, and Liberals: The Case Against the Anti-Trump Conspiracy, has, according to the President, aptly explained "the phony Witch Hunt." 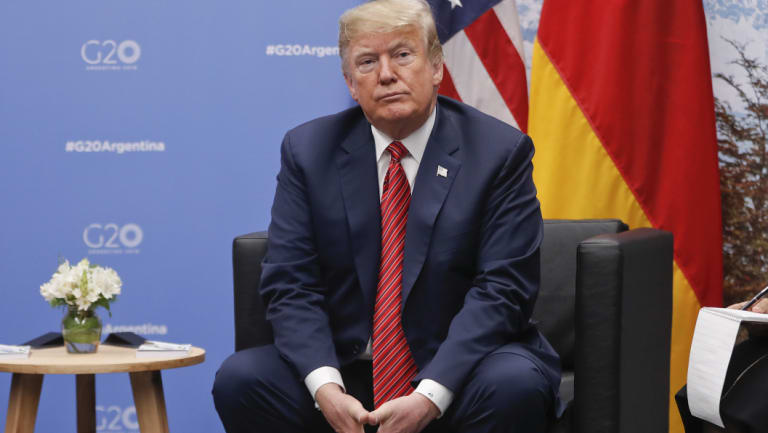 Us President Donald Trump in Argentina at the weekend.Credit:AP

Most of the titles given an Oprah's-book-club-like stamp by the President have authors who mirror his view that there are forces within the government intent on bringing him down. And some contain their share of Trump-friendly declarations that do not necessarily track with the truth: "The Russia collusion investigation is over," Pirro wrote in her book. (It's not.)

Other books are written by lawmakers and writers who generally support his viewpoints, like Republican Representative Steve Scalise, the House majority whip who survived a politically motivated shooting last year and whose book Back in the Game Trump has praised as "absolutely fascinating." 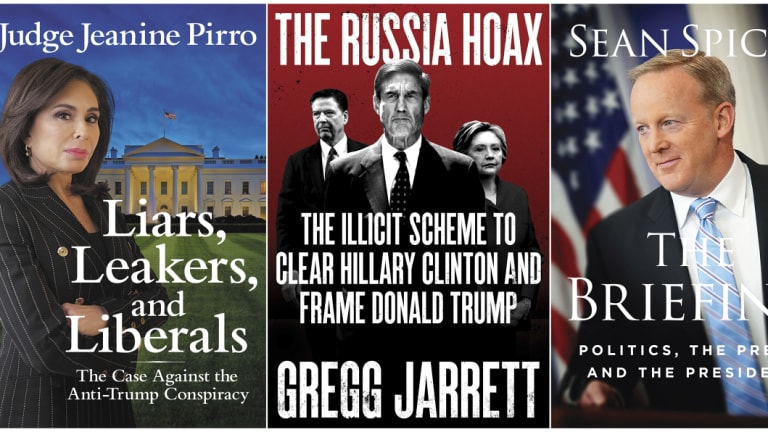 Trump has praised books that praise him.Credit:Composite by AP

Scalise and authors like him are understandably tickled to be a part of the President's book club.

"I appreciate President Trump sharing with others how much he enjoyed Back in the Game," Scalise said in a statement on Friday. "But most of all, I'm grateful for the friendship and encouragement he's shown me and my family throughout my recovery."

Yet the question remains: has Trump read any of the titles he has asked Americans to read? He has been upfront about the lack of time and attention he can give to reading, and he has gone back and forth between publicly declaring his love of reading but also telling the world he does not read much.

"Every time I do about a half a page," Trump said last year about trying to read a book about Andrew Jackson, "I get a phone call that there's some emergency, this or that." 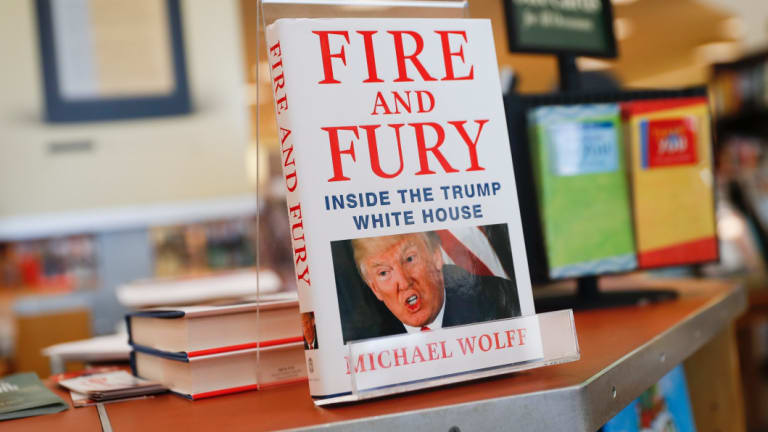 Three remaining copies of the book “Fire and Fury: Inside the Trump White House” by Michael Wolff are displayed at a Barnes & Noble store in January.Credit:AP

People who have observed him over the years are skeptical of his interests in the literary realm.

"He doesn't read at all. I'm not overstating things here," said Timothy O'Brien, who wrote TrumpNation: The Art of Being the Donald. He lacks the patience, curiosity and self-awareness to be a good reader, and that's why aides and advisers know the best way to communicate complex thoughts to him is with pictures and charts, or simply verbally."

Trump's habit of critiquing books but not reading them is just another way he differs from many of his predecessors, several of whom were also authors, and who espoused a love for reading.

Barack Obama still shares his regular reading lists, and he interviewed at least one author during his presidency. He also said that he read books that offered viewpoints that countered his own.

"I think that there are writers who I don't necessarily agree with in terms of their politics," Obama said during a 2017 interview, "but whose writings are sort of a baseline for how to think about certain things."

Bill Clinton, a sucker for the suspense genre, recently co-wrote a mystery novel. George W. Bush used to have reading competitions with Karl Rove, who wrote in 2008 that Bush "always had a book nearby." And even Ronald Reagan, a former actor, did his part to prompt a reading craze: he invited Tom Clancy to the White House after telling Time magazine that Clancy's Cold War thriller, The Hunt for Red October was "the perfect yarn."

Trump, a TV obsessive, operates differently, though he has frequently bragged about his own literary prowess.

On the campaign trail, he falsely claimed to CNN that his memoir, The Art of the Deal, was "the No. 1 selling business book of all time, at least I think, but I'm pretty sure it is." And in a 2005 letter to The New York Times, Trump claimed he was a frequent reader —"I've read John Updike, I've read Orhan Pamuk, I've read Philip Roth"— as he took a journalist who had written about him to task.

As president, Trump has repeatedly used Twitter to praise authors who praise him, but he also has no qualms about delivering negative reviews about writers who do not cover him in a flattering light. He called Michael Wolff, the author of Fire and Fury, a damaging look at a chaotic White House, "a mentally deranged author," and he accused veteran journalist Bob Woodward, who chronicled the Trump administration in his book Fear, of making up sources.

"The already discredited Woodward book, so many lies and phony sources, has me calling Jeff Sessions 'mentally retarded' and 'a dumb southerner,'" Trump wrote on Twitter. "I said NEITHER, never used those terms on anyone, including Jeff, and being a southerner is a GREAT thing. He made this up to divide!"

The White House did not respond to questions about what Trump's favourite takeaways were from, say, Scalise's book, or whether or not he has read all of the titles he has promoted. But two people familiar with his presidential reading habits, who spoke on the condition of anonymity, said that he does not really have any.

Instead, those people said, Trump prefers visual aides like charts and graphs — all the better for imbibing information and moving on to the next topic. A recently praised author agreed.

"I was told by some friends at the White House that he's kind of looked it over," Stephen Moore said of Trumponomics: Inside the America First Plan to Revive Our Economy, which he co-wrote. "He's aware of some of the charts and things like that in the book."