Frontbencher Clive Lewis and colleague Lloyd Russell-Moyle were seen holding the fireworks during an anti-Brexit demo. 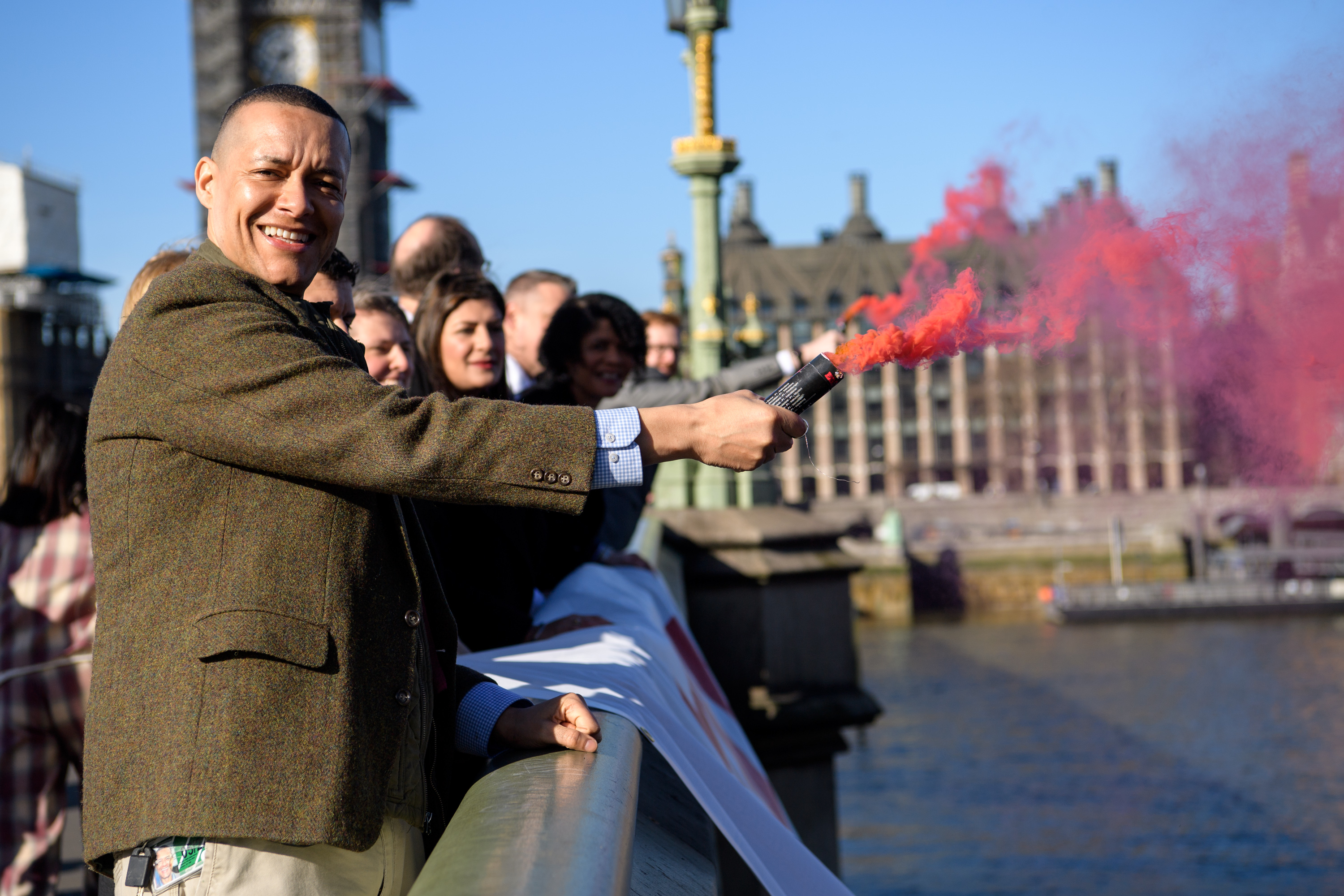 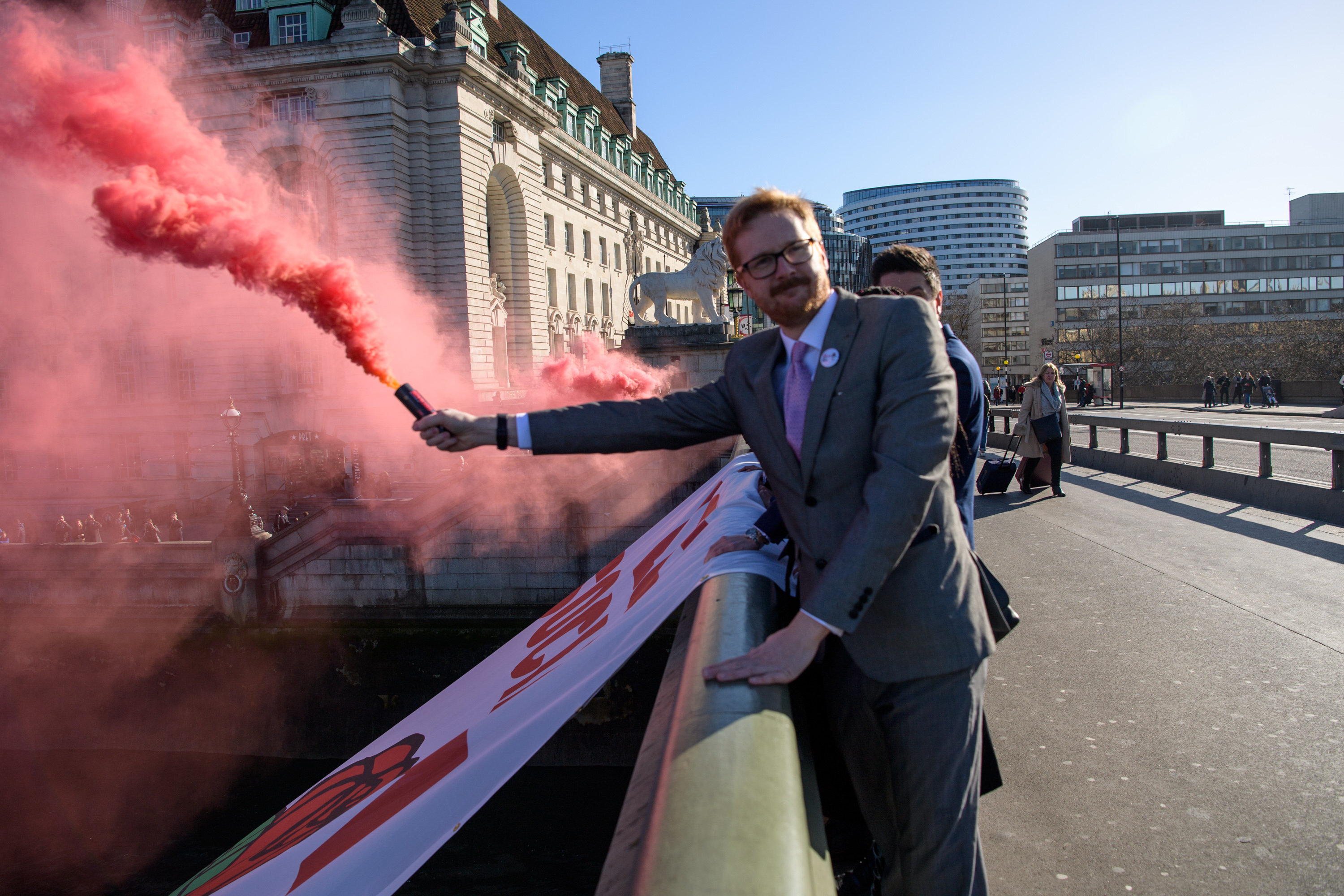 A hefty fine of up to £5,000 can be sanctioned for anyone to throw or discharge a smoke bomb. It is an offence to throw, cast or fire one.

The protest group unfurled a huge banner close to Parliament on Tuesday as part of the campaign run by Labour MPs.

Shadow Treasury spokesman Clive Lewis said: “I was proud to stand with colleagues for our “Love Socialism, Hate Brexit” banner drop in Westminster this morning.

“We stand in support of Jeremy Corbyn in our campaign against #Brexit and our fight for a better society for the many.”

Mr Lewis said last year that he would support those who break the law in the interest of the planet in an event for environmental activists.

Just weeks later 85 arrests were made at an event for Extinction Rebellion during a “day of rebellion” over climate change. 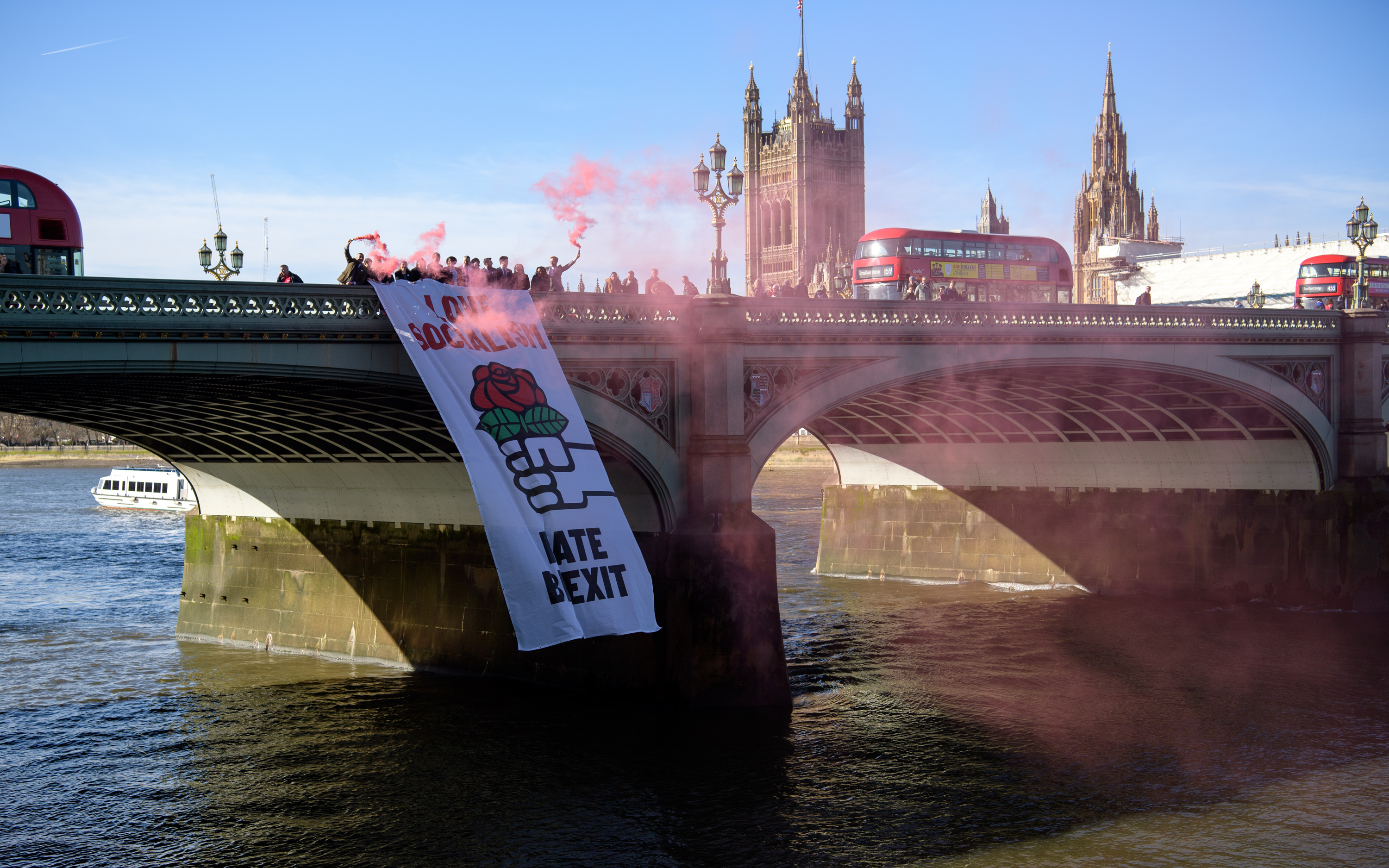