CORONAVIRUS cases have jumped by 938 today – in the biggest rise for 38 days.

The increase is more than a third higher than last Monday when there were 685 cases – and worryingly close to the Government's target of keeping new infections below 1,000 a day. 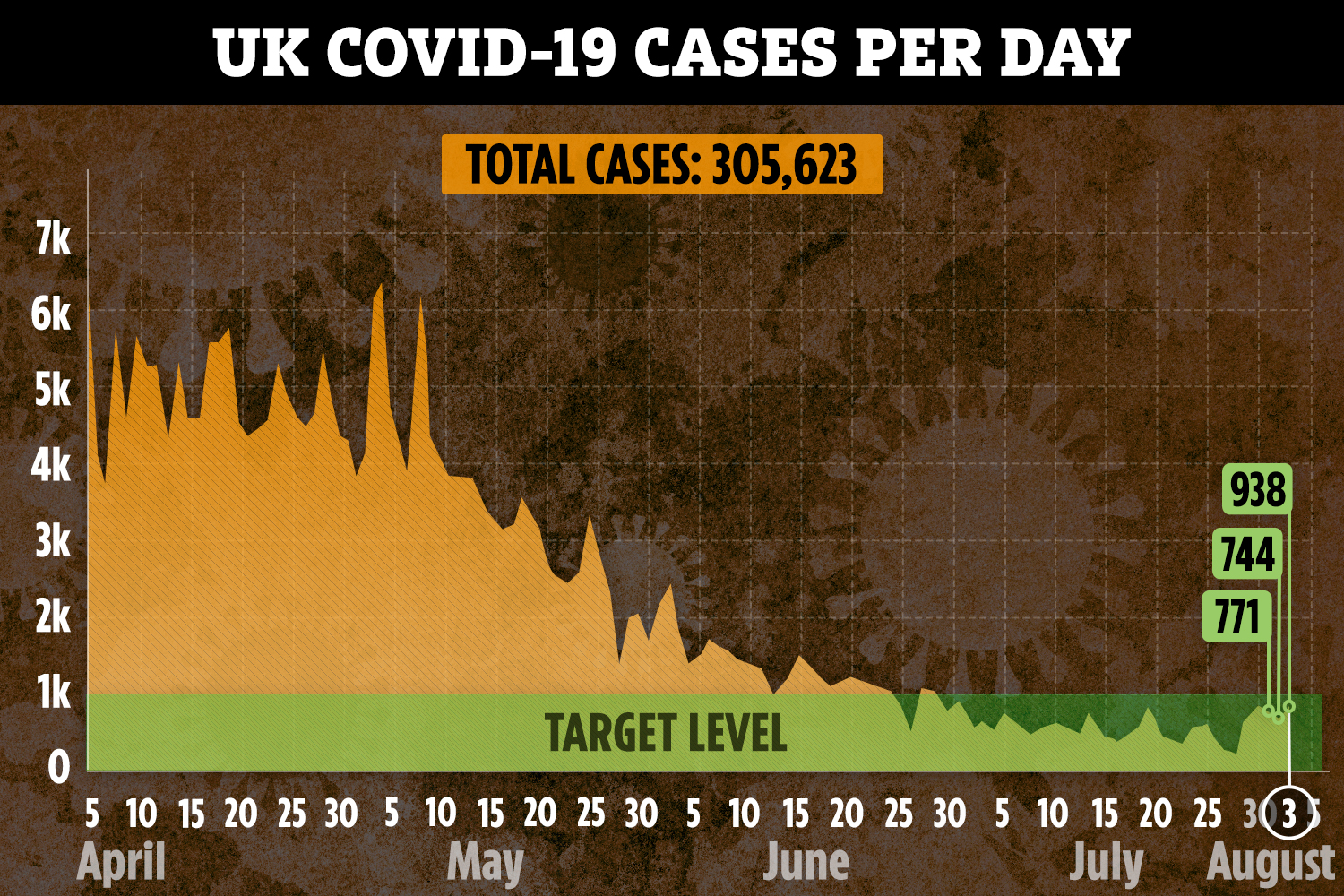 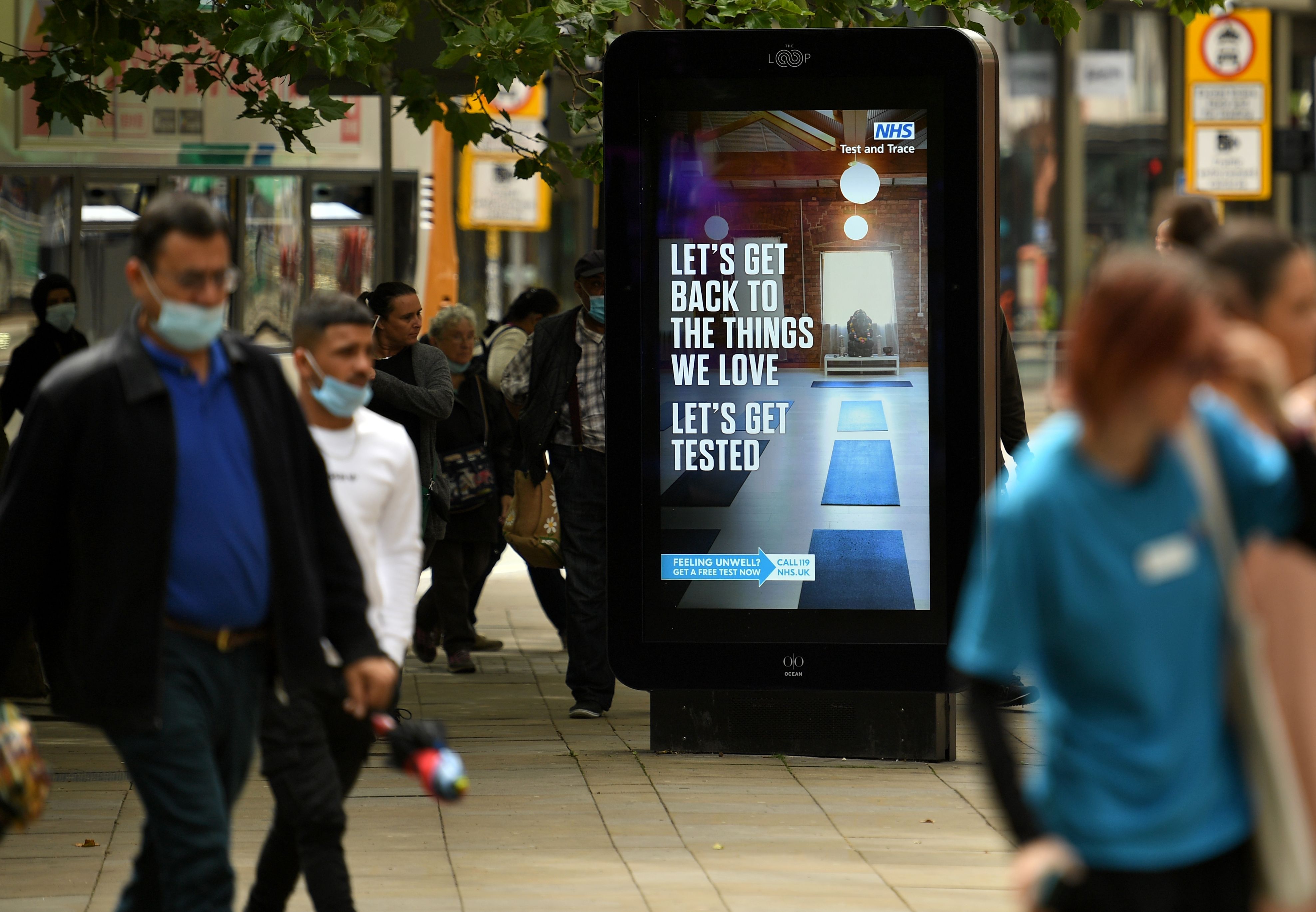 Another nine people have died, taking the total death toll to 46,210.

There have now been 305,623 people infected with coronavirus, according to today's government figures.

The North West has the highest number of cases with 46,739 while Yorkshire and the Humber is second with 32,376.

East Midlands, which was the first region to suffer a localised lockdown after restrictions were eased, has 23,683 infections – lower than London at 35,706 and the South East at 35,593.

Meanwhile the South West has the lowest rate of infections with 13,397 cases.

However, the death toll and infection rate is usually higher than the figures released on a Monday due to a lag in collating the weekend's data.

It comes after Greater Manchester and parts of Yorkshire were placed on a government enforced lockdown over fears of a second wave. 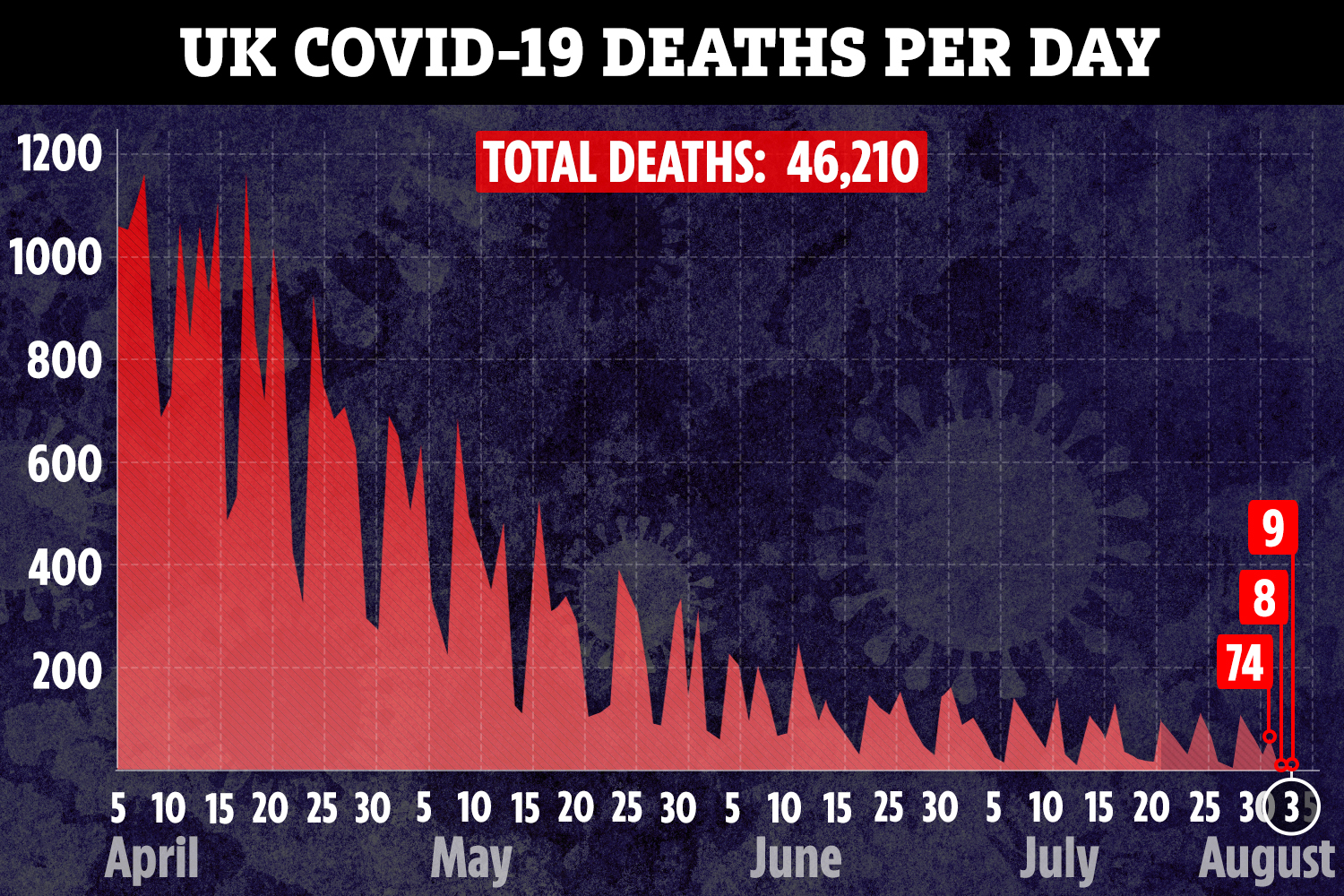 Today’s figures come after the death toll rose by just eight on Sunday – which was the lowest increase since before lockdown began.

It comes amid news Boris Johnson is preparing to ban indoor get-togethers over fears of a second wave of the virus.

The Prime Minister is poised to burst the “bubble” system which allows separate households to meet under one roof.

Last week, he put the brakes on lockdown easing measures after cases in the UKmore than doubled in just a fortnight.

A more severe regional lockdown may be imposed in a wider area of North West England, where infection rates are at their highest.

But another option is a ban on bubbles, which allow up to 30 people from two households to meet indoors.

And experts are looking at plans for sick, older and vulnerable people to be ordered to stay at home.

Brits aged between 50 and 70 could be given personalised risk ratings in a move that would add to the 2.2million people who shielded during the spring peak, The Sunday Times reports.

It comes just days after 4.5million people in Greater Manchester, East Lancashire and West Yorkshire were hit with new restrictions.

Health Secretary Matt Hancock said he was introducing the clampdown with a “heavy heart” – but was "chilled" by soaring infection rates in Northern England.

A No 10 source said: "Another national lockdown is like our nuclear deterrent — we will never rule it out but it should be the very last resort in the fight against Covid."

The Prime Minister has repeatedly told Brits during speeches that he wants to avoid another national shutdown, and instead implement local lockdowns – like the one enforced this week in Greater Manchester.

It comes over fears the UK is at a 'tipping point'.