BRITAIN is braced for blustery 55mph gales and SNOW to sweep in from a polar blast today – which threatens to bring travel chaos for millions.

As much as 4in of rainfall is also expected as four Met Office weather warnings blanket the northern half of the country on Wednesday. 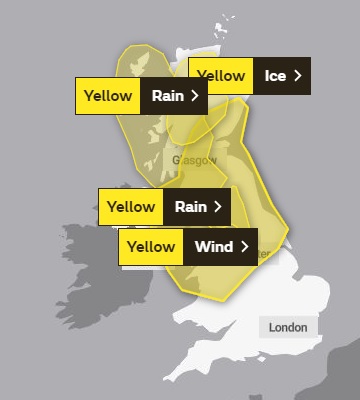 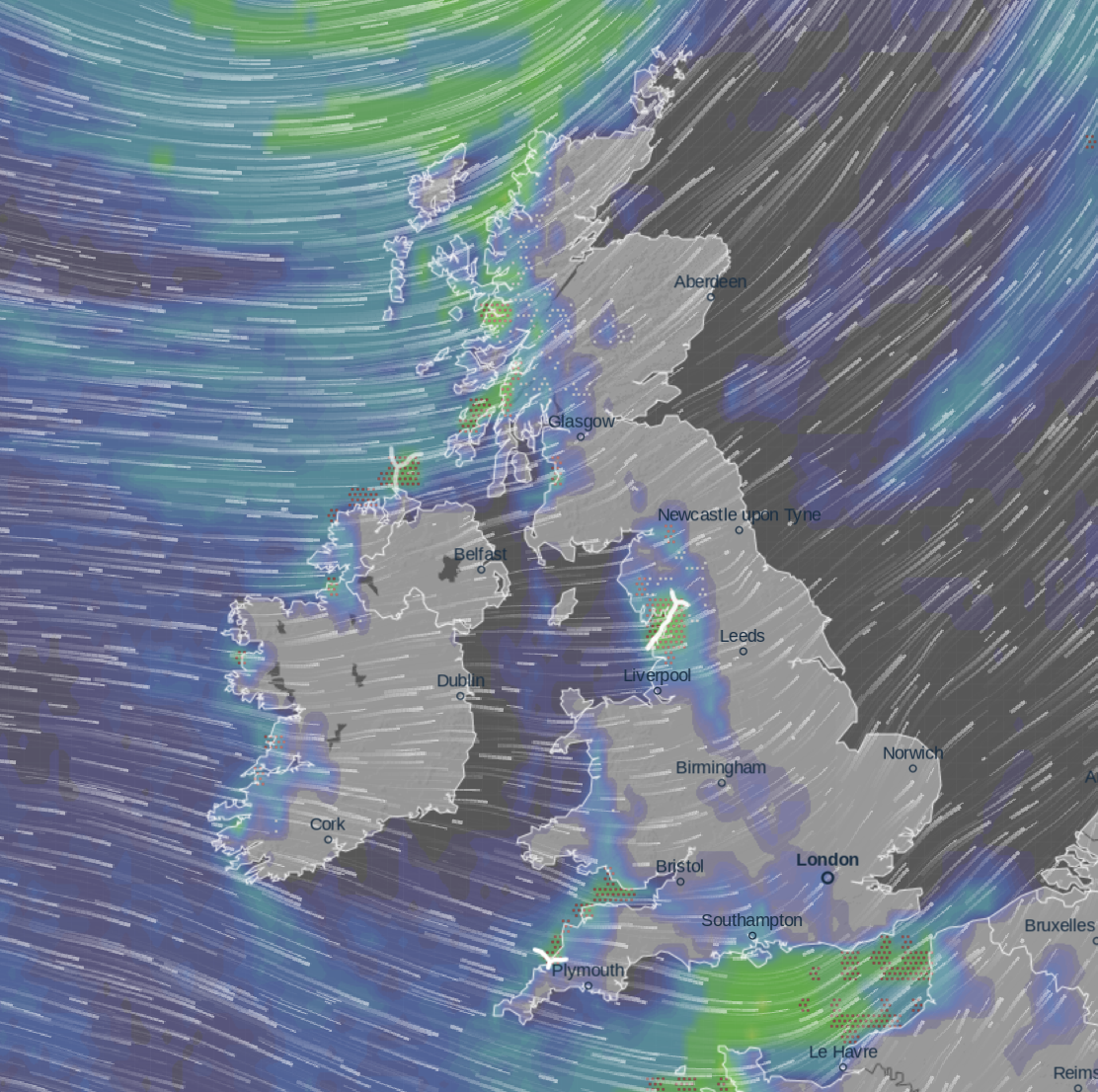 "It will clear towards the English Channel but is being followed by scattered showers.

"Temperatures overnight will fall to freezing once again and will remain in single figures throughout Wednesday.

"The highest we'll see is 9C – but factoring in the wind chill factor it will feel a lot colder.

"The air will be cold enough to see some sleet and snow across higher ground in the Pennines."

SPONSORED CONTENT: How to save £268 a year off your energy bills

BEAT energy price rises year after year with Switchcraft. It's free and it could save you an average of £268 a year.

News UK has a brand partnership with Switchcraft.

The Met Office issued four weather warnings across most of northern England and Scotland as the UK braces itself for a battering before Thursday's general election.

Up to 4in of rain is also set to fall across parts of the Northern England in just nine hours – two thirds the monthly average –  with the bad weather expected to spark travel chaos.

Met Office meteorologist Mark Wilson told The Sun Online: "It is going to be pretty windy.

"We would advise people to take care and be aware of windy conditions.

"There will be some disruption to transport."

The highest wind recorded yesterday was 78mph in Capel Curig, Wales as the Met Office warned of flooding to homes and business in Scotland.

And the blustery conditions are expected to continue into Wednesday, with winds hitting up to 55mph in northern Scotland.

The south coast of England and the west coast of Wales could see winds hit as high as 40mph.

And there is a risk of up to 5-10cm of snow in parts of northern England and Wales.

Rain is also expected to drench voters heading to the polls for Thursday's general election.

And winds are also set to hit Brits on polling day, with gusts of 45-50mph in the south west of the country.

It comes after Storm Atiyah pounded Britain when it make landfall this week, with power lines knocked down and trees felled.

Forecasters have also warned that Christmas decorations could become dangerous projectiles in the stormy weather and homeowners should secure ornaments as wind speeds pick up.