Washington: Donald Trump's efforts to deny the results of the US presidential election have been dealt a major blow, after the key federal government agency in presidential transitions approved the beginning of the formal start of a Biden administration.

Trump responded by saying he had instructed his team to participate in the transition process – a major change in his rhetoric, even as the President insisted he would continue to fight for a second term. 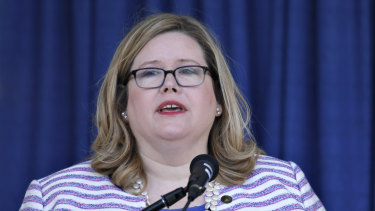 The head of the General Services Administration, Emily Murphy, wrote to Biden on Tuesday (AEDT) to announce that she had determined him to be the apparent winner of the election.

Her decision will give the Biden team access to US$6.3 million ($8.6 million) in funding to help them prepare to form the executive branch of the government.

Democrats had been growing increasingly frustrated with Murphy's refusal to declare Biden the apparent election winner and begin the official handover process.

Earlier in the day, the Michigan Board of Canvassers voted to certify Biden as the winner of the state's 16 Electoral College votes – essentially shutting off any possibility that Trump could overturn the results of the election. 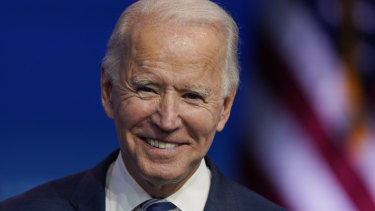 In a series of tweets after Murphy's letter was released, Trump suggested he approved of her decision while still insisting he would win a second term in office.

"Our case STRONGLY continues, we will keep up the good…fight, and I believe we will prevail! " he wrote.

"Nevertheless, in the best interest of our Country, I am recommending that Emily and her team do what needs to be done with regard to initial protocols, and have told my team to do the same."

In her letter to Biden, Murphy said she had not been pressured by anyone in the Trump administration to delay the transition process.

"Contrary to media reports and insinuations, my decision was not made out of fear or favouritism," she wrote.

"I strongly believe that the statue requires the GSA Administrator ascertain, not impose, the apparent president-elect."

She stressed that she was not empowered to officially determine the election winner, and that her role was limited to the question of making resources available during a transition.