Sailors on a US Navy submarine were said to have created a ‘rape list’ ranking their 32 female crew mates and listing sexually-explicit comments by their names, according to a military investigation.

The ‘rape list’ was said to have been shared by some sailors on the gold crew of the USS Florida, an Ohio-class cruise missile submarine that was the second to integrate enlisted women into its two crews in 2016.

According to an investigation, the list was said to be circulating among men on the gold crew. Two versions of the list existed, one which ranked female crew members on a star system and the second which added sexually-explicit comments to those rankings. 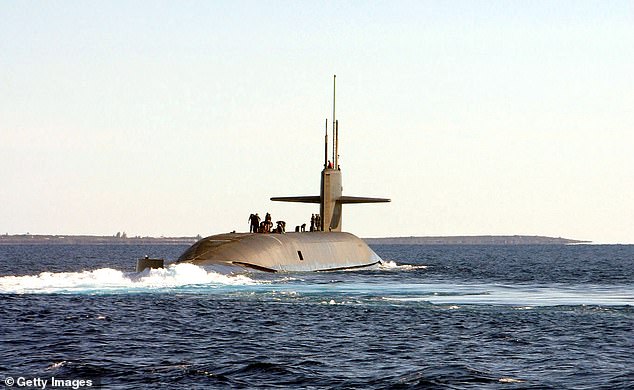 The list was said to have contained the names of every one of the 32 female sailors on the gold crew, which is made up of 173 sailors. The gold crew alternated with a blue crew, which did not appear to have been involved in the investigation.

A 74-page investigation, obtained by military.com, revealed that a sailor — it’s unclear if it was a male or female — printed both versions of the list and gave them to a female petty officer over a 10 day period in June 2018, telling her that the list was located on the submarine’s computer network.

The female petty officer and second petty officer then gave the printed lists to a male chief, who went to see the submarine’s sexual assault prevention and response point person, leading to a referral to the submarine command’s equal opportunity manager. At the same time, the submarine’s Captain Gregory Kercher was made aware of the list.

‘The sexually explicit list describes various USS Florida females by appearances, characteristics and various sexual acts the creators of the list wish to perform with them,’ according to the investigation report, which also stated that ‘The list describes aggressive sexual activity, but does not reference non-consensual acts.’

Despite this, the investigators said that Kercher opted not to start an investigation into the list, due to the fact that ‘they only had a piece of paper’ and that he supposedly wanted ‘to determine where it was generated and who generated the list before assigning an investigating officer.’

Kercher was said to have ordered that a search for the list be carried out on the submarine’s computer network and to figure out which sailors were accessing it. This search, which NCIS participated in as well, appeared to have failed to produce any results, however.

During the two month period during which Kercher was apparently aware of the list, he did not, apparently, notify his command or open a formal investigation about the list. 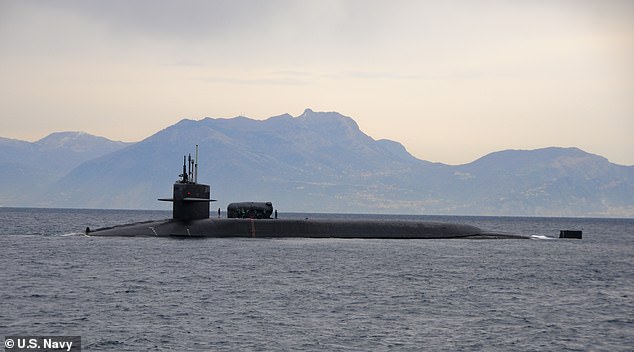 In August 2018, it was confirmed that Kercher was relieved of his duties as captain of the USS Florida’s gold crew, due to ‘a loss of confidence in his ability to command,’ military.com reported. No specific reasons were made known at the time, however, a Submarine Forces spokesperson said that he was not under investigation.

The ‘rape list’ investigation report included a note from Rear Adm. Jeff Jablon, the then-commander of Submarine Group 10 — of which USS Florida is a part of — wrote to his superior just days before Kercher was relieved of his command.

‘Rumors of a “rape list” were promulgated throughout the crew, significant numbers of females became concerned for their safety, and male members who learned of the list were equally repulsed,’ Jablon was said to have written.

He also wrote that, ‘Very few knew what limited action was being taken by the [command]’ and added that although Kercher ‘took some action in response to the list, there is no question that those minimal actions fell far short of expected standards and norms for an event of this magnitude.’

Junior sailors told investigators that they did not feel safe, ‘knowing that the command has done “nothing” to try to actively find out who has written or added to the list,’ according to the report.

Jablon noted in his letter to a superior that it took a female petty officer formally approaching Kercher in the weeks after the list was discovered, for Kercher to ‘recognize that additional actions were warranted.’

In addition to Kercher being relieved of duty for not acting on knowledge of the list — in addition to ‘failing to address other command climate concerns,’ according to military.com — two of the submarine’s sailors were found to have displayed inappropriate conduct and were ‘administratively discharged from the Navy,’ a military spokesperson said. An unknown number of sailors also faced administrative punishment.

A divisional-level leader who supposedly told female sailors concerned about the list to ‘suck it up and not add to the drama’ was given ‘administrative action,’ while personnel involved with the ineffective equal opportunity reporting process in the command were also held responsible for the incident.