‘Abominable’ vicar who stole £5,000 from a 96-year-old parishioner to spend on books is jailed for 10 months 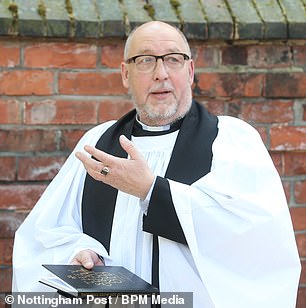 Reverend Edward Morris (pictured), 62, from Nottingham, spent the money on ‘books and fripperies’

An ‘abominable’ vicar who stole £5,000 from a 96-year-old parishioner then went on to conduct her funeral was jailed for ten months yesterday.

The Reverend Edward Morris spent the money on ‘books and fripperies’ after widower Joan Pennack made him a signatory on her bank account when she went into a care home following a fall.

But a judge heard Morris went on to make 20 separate withdrawals – worth hundreds of pounds a time – over a four-week period.

He was caught only when the victim’s stepdaughter, Sheila Smith, a retired audit clerk, checked Mrs Pennack’s bank statements after her death and realised ‘something wasn’t right’.

She reported her concerns to the church and the matter was referred to the police after an investigation.

Outside court Mrs Smith, 82, said: ‘For a man of the cloth to do that is abominable. This is very wrong but he is very plausible. He conducted her funeral and is even mentioned in the will. We could just not believe it.’

Morris, 62, the vicar of Bestwood, in Nottingham, pleaded guilty to fraud by abuse of position.

Sentencing Morris – whose wife was a Labour councillor until May and a former Lord Mayor of Nottingham – Judge Steven Coupland said the vicar was guilty of a ‘gross betrayal of trust’. 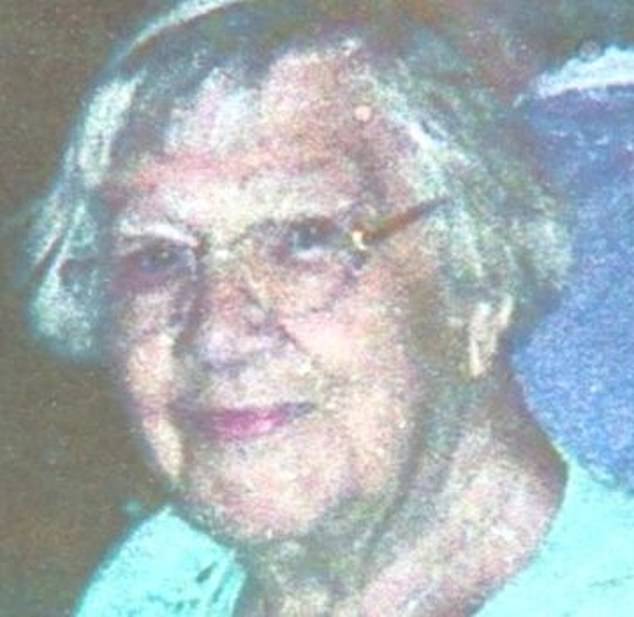 Joan Pennack (pictured) – known as Mavis – had given Morris a bank card with access to her account, the court heard

The judge added: ‘The bible makes it plain taking money from others is to be regarded as a sin. You have brought considerable shame on your church.’ 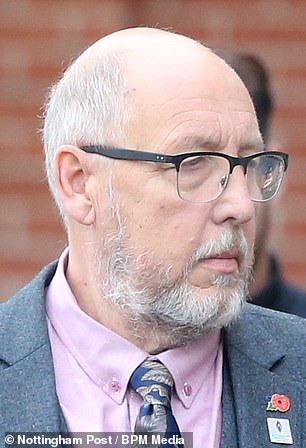 Morris, 62, (pictured) the vicar of Bestwood, in Nottingham, pleaded guilty to fraud by abuse of position and was jailed for 10 months

Digby Johnson, defending, said Morris realised what he had done was ‘profoundly wrong’, adding: ‘It is not the case that he is in need of money. It looks as though it was spent on fripperies. Over the years he has been an obsessive book collector.’

Mr Johnson said at the time of the offence, Morris and his wife were the targets of a ‘campaign’ that saw the church and their car attacked by arsonists.

He claimed someone scrawled ‘You next’ on the vicarage after one incident, and that Morris’s wife was attacked by a man armed with a pickaxe handle.

The court also heard she had suffered from health problems since an operation went wrong in 2013 and Morris was ‘central’ to her care.

Lucky Thandi, prosecuting, told the court Morris made the cash withdrawals in December 2016 and early January 2017.

Wheelchair-bound Mrs Pennack died on January 9, 2017. ‘Her stepdaughter, Sheila Smith, wasn’t informed of her death until January 25, when this defendant called her,’ the prosecutor said.

Mrs Smith was a beneficiary of Mrs Pennack’s will, along with another stepdaughter, and Morris was named as executor.

Morris, who has since resigned from his post, had a 1983 shoplifting conviction, and had also been cautioned by police in 2000 after taking money from a safe.