A 23-year-old woman called her former high school teacher a “monster,” cursed at him and then clapped as he was handcuffed and led from a Miami-Dade courtroom to serve a two-year prison sentence for sexually battering her when she was a teen.

The victim couldn’t contain her rage at Tom Privett, who sat stonefaced behind his mask Wednesday while she described him taking advantage of her at a time when she was dealing with a death in her family and other hardships, the Miami Herald reported.

“You psychologically manipulated me and brainwashed me. You made me worship the ground you walked on. You insulted me when I failed to do the things you asked of me. You started touching me when I was 14 years old,” she said. “I was the puppet and you were the strings controlling my every move.” 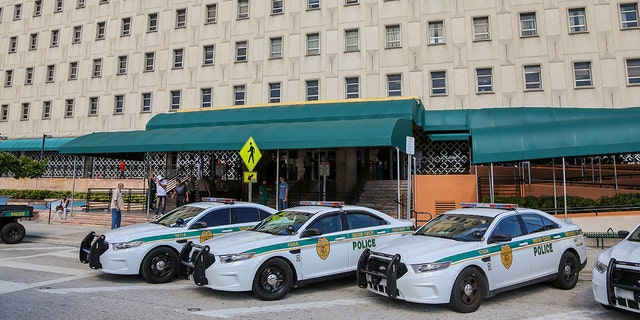 Privett, 72, pleaded guilty to two counts of sexual battery of a helpless victim. His sentence also includes two years of house arrest and 20 years of probation, the newspaper reported.

The sentencing came more than a year after Miami-Dade schools police arrested the retired teacher. Former students and faculty told the Herald that Privett’s conduct with young female students had raised questions for years.

One former student, who now lives in the Midwest, told prosecutors that Privett manipulated her into months of sexual encounters when she was a summer school student in the late 1980s, the Herald reported. She watched Wednesday’s hearing on Zoom.

“As a woman and a mother, I was sickened and horrified when I learned of your latest victim,” she told the court in a letter, read by Miami-Dade prosecutor Natalie Snyder. “I felt immense guilt over not doing something to stop you over the last 30-something years. You are finally getting some of what you deserve.”

As part of his plea agreement, Privett had to apologize publicly to the former Terra student.

“I apologize for my actions and for engaging in an inappropriate relationship with you while you were in high school. It was my responsibility as an adult to maintain our relationship of one that was appropriate between student and teacher. I failed,” Privett said. “I hope the pain I have caused you can heal. I am sorry.”