Luciana Berger, Chuka Umunna and five others were attacked for choosing to throw in the towel and leave the party they've been a part of for decades. 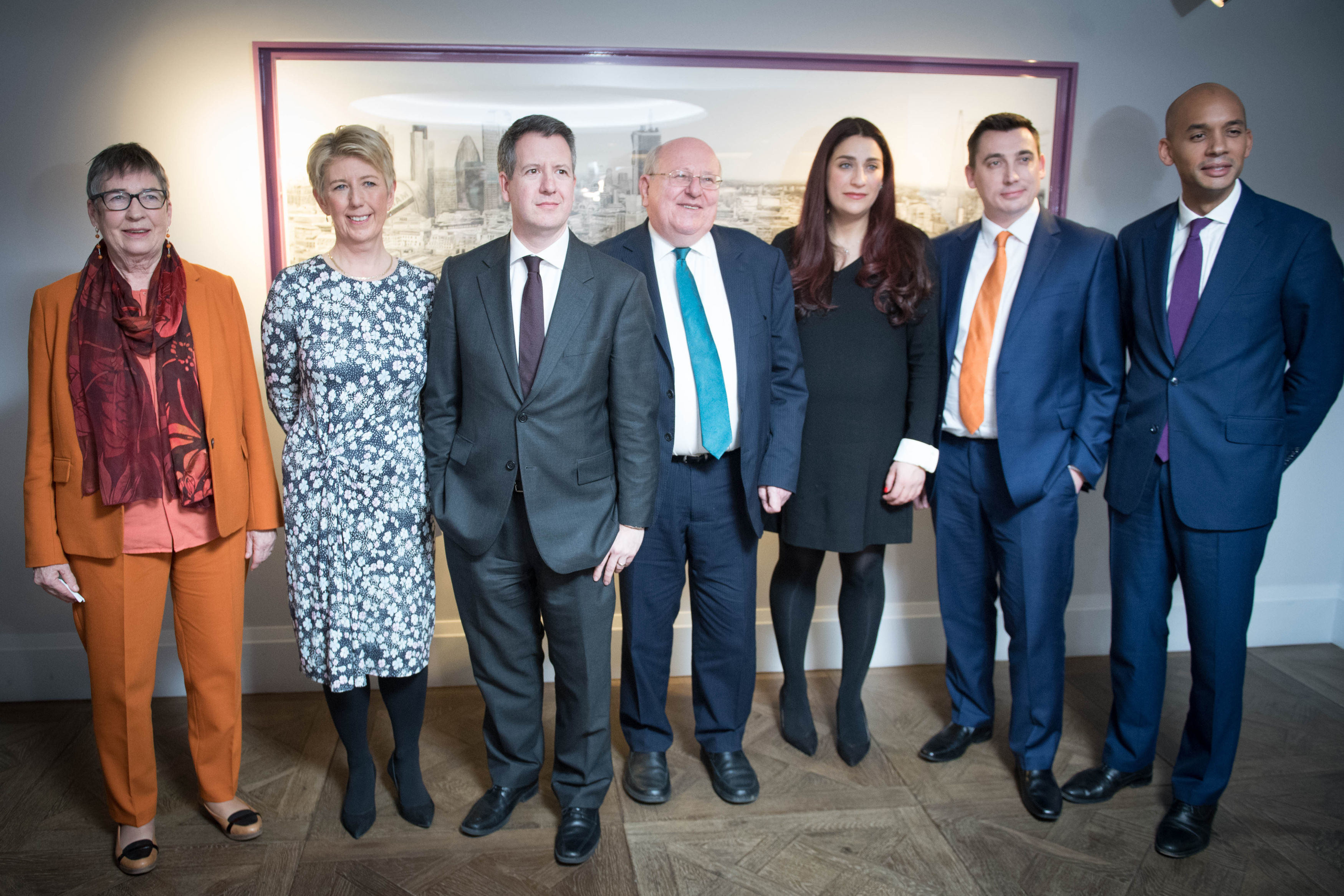 They said they couldn't be a part of it anymore thanks to Mr Corbyn's leadership, leftie views on defence, and failure to take a stand on Brexit and anti-Semitism.

But immediately abuse piled in from the far-left.

Ex-MP George Galloway said Luciana Berger, who is Jewish and has been subject to reams of anti-Semitic abuse, had been "rolling out the foul, poisonous lie that the Labour party and Jeremy Corbyn and those around him, she said, are anti-Semitic."

He said in a live video: "That's what it's about for those seven, anti-Semitism. Their concern is not anti-Semitism but support for the Palestinian people."

Some on Facebook said the quitters were "attacking Corbyn's ability to free Palestine" and said they "cannot serve two masters" – common tropes used against Jewish people.

Another said they mentioned "fake anti-Semitism" as reasons for leaving. 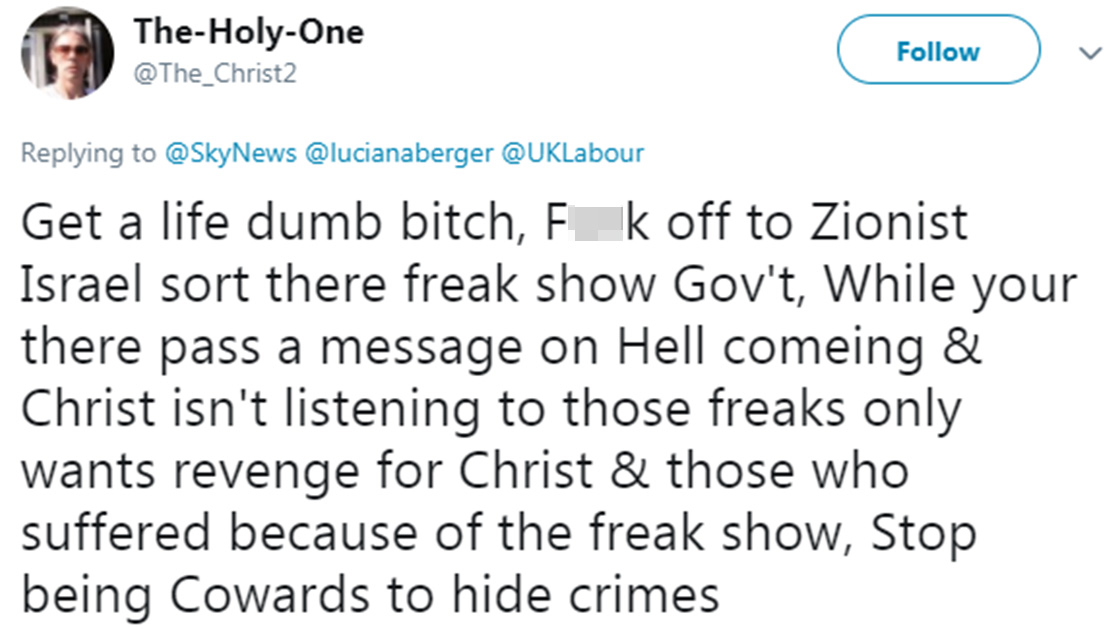 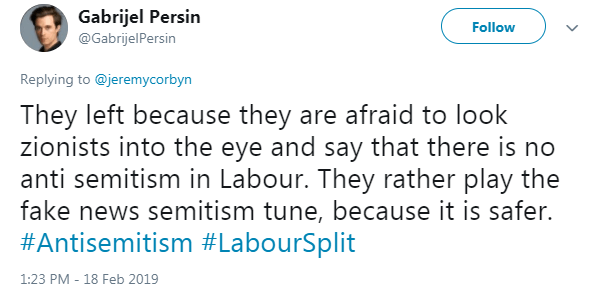 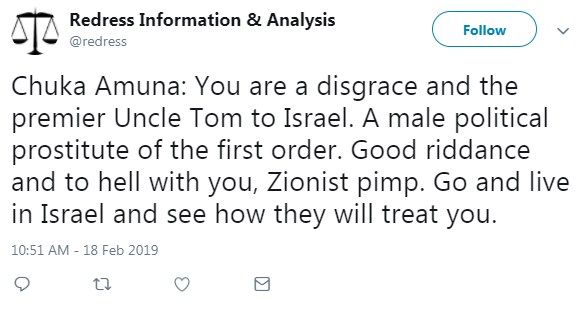 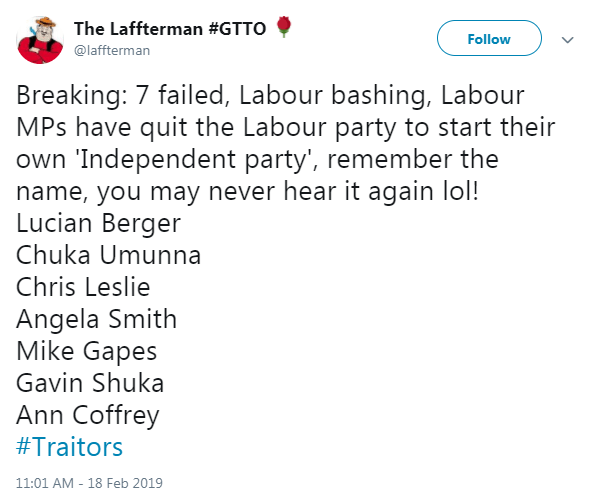 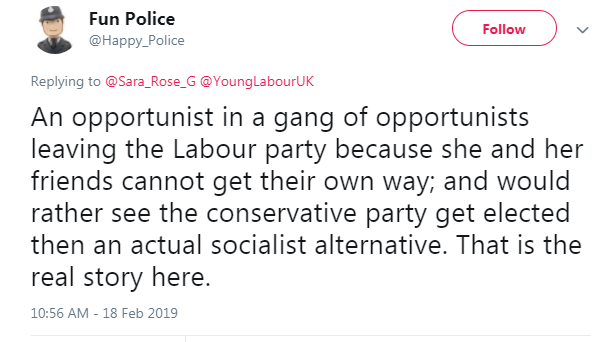 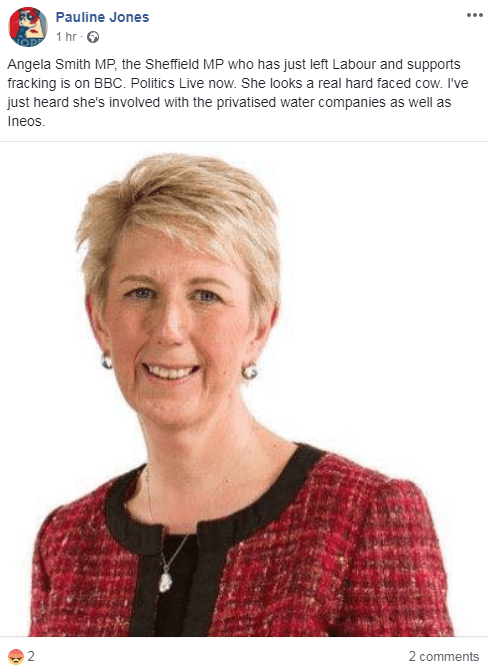 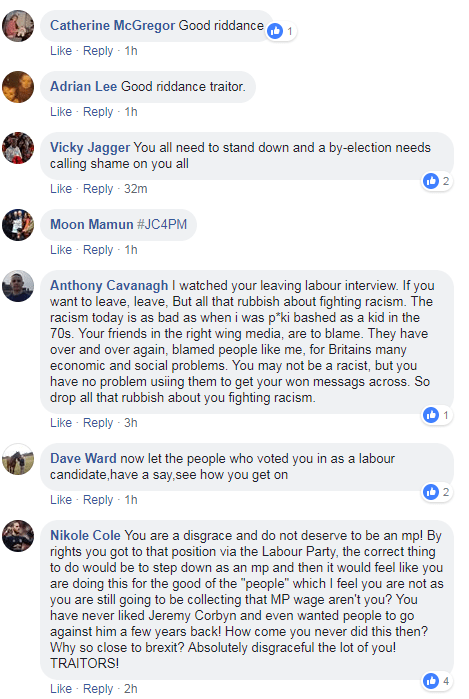 One person said they were just "opportunitists leaving because they cannot get their own way and would rather see the Conservative party get elected".

Labour MPs and union bosses reacted with sadness and frustration at today's news.

Mr Corbyn said earlier he was "disappointed that these MPs have felt unable to continue to work together for the Labour policies that inspired millions at the last election."

Lisa Nandy MP said: "This is an awful day for the Labour Party and everyone who needs us" and Lucy Powell said she was "sad and disappointed" that some colleagues had quit.

But Shadow Health boss Jonathan Ashworth said the move would only "help the Tories stay in power".

They are forming a new grouping in the House of Commons called "The Independent Group" – but fell short of creating a whole new political party.

Ms Berger, the Jewish MP who has faced a torrent of abuse from far-left activists, said: "I cannot remain in a party that I have today come to the sickening conclusion is institutionally anti-Semitic."

Mr Leslie, the former Shadow Chancellor, added: "We can no longer knock on doors and support a government led by Jeremy Corbyn and the team around him."

He said: "This has not been an easy decision for any of us. We have all been Labour MPs for years. But the Labour party we joined is no longer today's Labour party."