Somewhat more cloudy in the south and east, there could also be some isolated showers, although these should be restricted to eastern parts of Kent.

London weather forecast for 6am on Wednesday 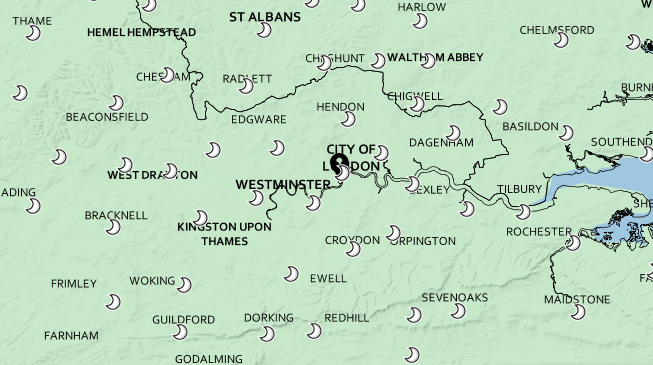 The maximum temperature will be around 5 degrees Celsius.

The outlook for the latter part of the week is for the weather to remain cold, with light winds.

There will also be some sunny spells and patchy cloud.

Sharp overnight frosts can be expected, plus the potential for freezing fog, which may take some time to clear. 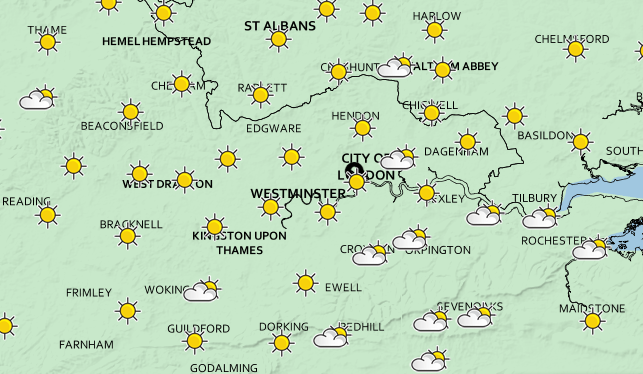 Moving into the second week of the New Year, some eastern areas could see some rain, although it should generally be light and patchy.

Looking further ahead, the weather could become more unsettled conditions, particularly in the north of the country.

Rain and strong winds could become more prevalent, with the risk of snow also raised in hilly regions in the north.

Temperatures should recover to the average, and could potentially rise further in some interludes.

Towards the end of the month, some generally milder and wetter weather can be expected.