BORIS Johnson chaired tonight's coronavirus press conference alongside NHS England's medical director Stephen Powis.
The PM defended his top aide Dominic Cummings and refused to ask him to quit despite a growing backlash from his own MPs. 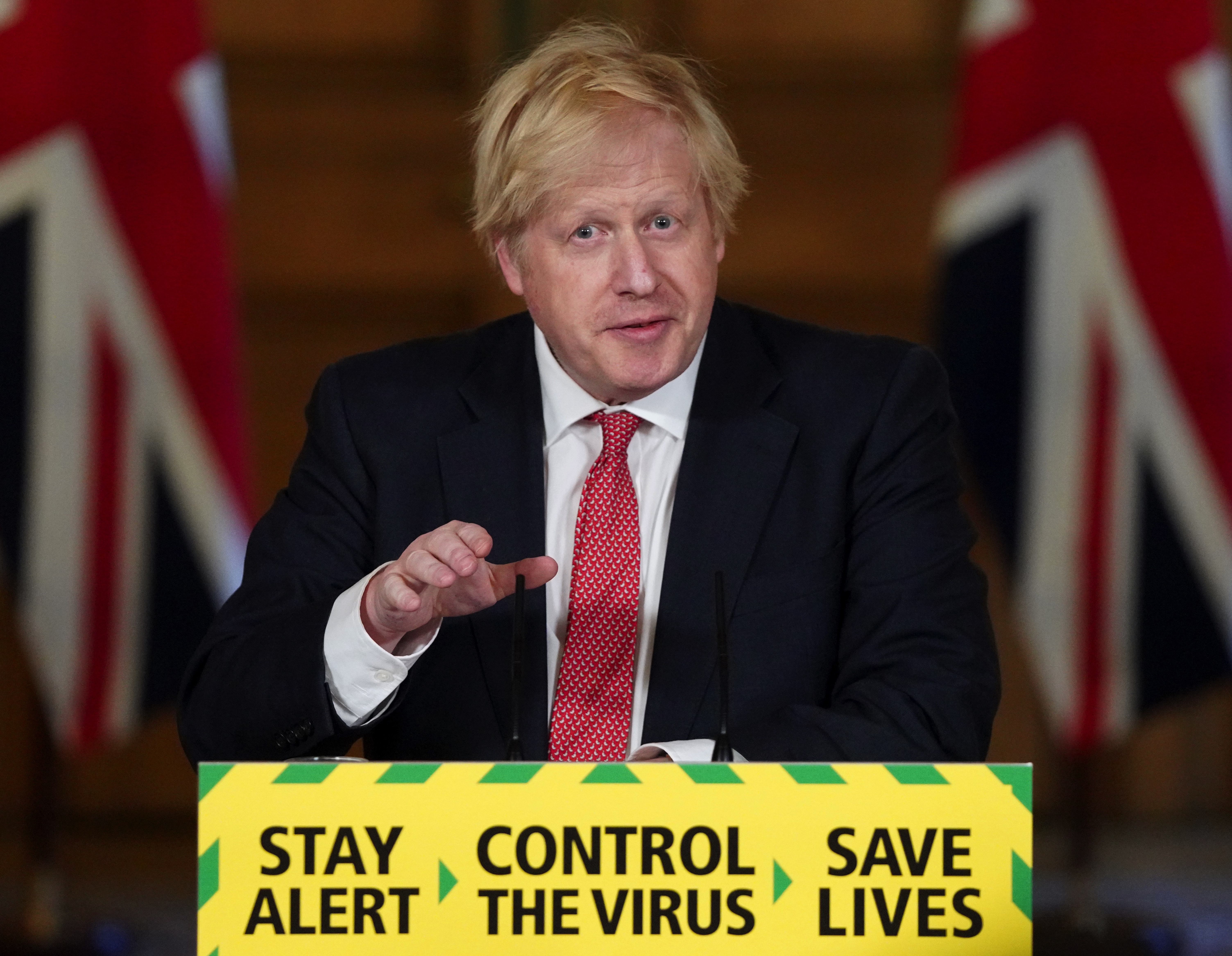 What was said during today's press briefing?

Boris Johnson has made a forceful defence of Dominic Cummings and insisted he did "what any father would".

The Prime Minister backed his chief adviser despite growing calls for Mr Cummings to quit from his own MPs.

He said: "It is because I take this matter so seriously, and it is so serious, that I can tell you today that I've had extensive face-to-face conversations with Dominic Cummings.

"I've concluded that in travelling to find the right kind of childcare, at the moment when he and his wife were about to be incapacitated by coronavirus and when he had no alternative, I think he followed the instincts of every father and every parent.

"Though there have been many other allegations about what happened when he was in self-isolation, thereafter, some of the palpably false.

"I believe that in every respect that he has acted responsibly and legally and with integrity and with the overwhelming aim of stopping the spread of the virus and saving lives."

The PM said he believes England is in position to move to phase two of the lockdown easing of restrictions, which would see Reception, Year One and Year Six pupils return to school from June 1.

Boris said: "Today I can confirm I do believe we will be in the position to move to step two of the plan.

"As part of step two, we set out plans for phased reopening of schools.

"Education of children is crucial for their welfare, health, long-term future and for social justice.

"In line with the approach being taken in many other countries, we want to start getting children back into the classroom in a way that is as manageable and safe as possible."

Children in early years, reception, year one and year six classes will return first, he said.

"Today, I can announce our intention to go ahead with that as planned on June 1 – a week on Monday," he added.

"We then intend from June 15 for secondary schools to provide some contact for year 10 and 12 students to help them prepare for exams next year."

What was said during yesterday's press briefing?

Yesterday's press conference unsurprisingly focused on reports that the PM's senior aide Dominic Cummings broke lockdown rules to visit his family in Durham during lockdown at the end of March.

Facing criticism and calls to resign from opposition parties, Grant Shapps took to the podium to defend Mr Cummings's actions.

The Transport Secretary said Cummings' concern for his young son when his parents had both fallen ill was the "important thing", and claimed that any parent would do the same in that position.

To receive The Sun's Coronavirus newsletter in your inbox every tea time, sign up here.
To follow us on Facebook, simply 'Like' our Coronavirus page.
Get Britain's best-selling newspaper delivered to your smartphone or tablet each day – find out more.

During the press conference, Mr Shapps also said the government is pumping £283 million into roads, railways, buses and trams to improve public safety and protect services.

Mr Shapps said the funding would increase both frequency and capacity of services while ensuring there is enough space on buses and trains to allow for social distancing.

However, he warned there will be capacity for just a fifth of commuters once social distancing is taken into account.

"This funding does not mean we can go back to using public transport whenever we like. Those who can should still work from home", he said.