I was told to STOP intelligence reports Trump wouldn’t like including on Russian interference and danger of white supremacists, whistleblower claims

An official at the Department of Homeland Security says he was pressured by agency leaders to suppress details in his intelligence reports that President Donald Trump might find objectionable, including intelligence on Russian interference in the election and the threat posed by white supremacists.

Brian Murphy also says in a whistle-blower complaint filed with the agency’s inspector general that he was demoted from his position for refusing to do so.

Murphy also said in the complaint that Wolf told him to begin reporting on Chinese and Iranian interference, and that the instructions to do so came from White House National Security Adviser Robert O’Brien. 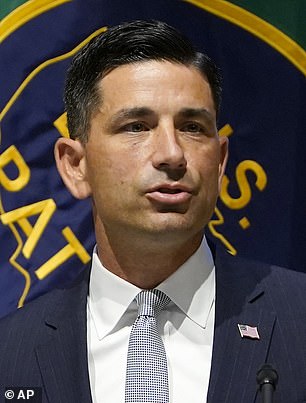 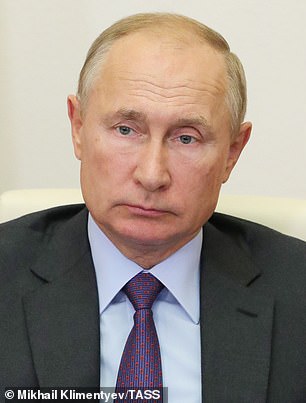 Tale of Chad and Vlad: The whistleblower alleges he was told by Chad Wolf not to report on Russian election interference and pivot from Vladimir Putin to China and Iran 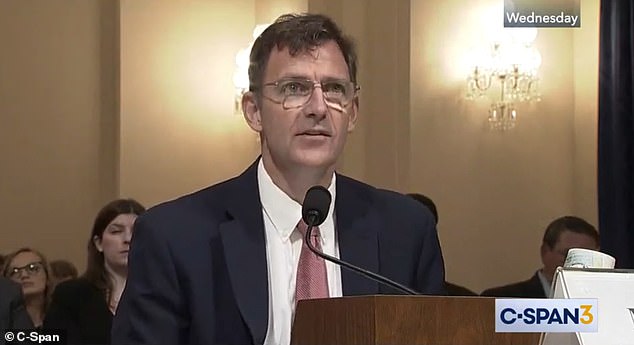 New whistleblower: Brian Murphy says that as a senior Homeland Security official he was ordered to suppress intelligence which would not ‘reflect’ on Donald Trump

U.S. officials have said that Russia, China and Iran have been working to influence the outcome of the Nov. 3 presidential election.

The former FBI agent and Marine Corps veteran had served as principal deputy under secretary in the Office of Intelligence and Analysis.

A copy of the complaint was released Wednesday by Rep. Adam Schiff of the House Intelligence Committee. Schiff says he has asked Murphy to testify to Congress.

‘Mr. Murphy is, put simply, a dedicated public servant who has had a laudable career prior to the recent events that have led to the submission of this package to the OIG,’ his complaint states. ‘Prior to his current circumstances, he had never had so much as a negative fitness report in his professional career with the U.S. Government.’

In his complaint, he alleges that former DHS Secretary Kirstjen Nielsen, current acting Secretary Chad Wolf and his deputy, Ken Cuccinelli, repeatedly pressed him to change intelligence assessments in ways that would support administration policies or avoid offending the president.

The complaint says Wolf, who has been nominated to be secretary by Trump, directed Murphy to cease providing intelligence assessments on the threat of Russian interference to the U.S. because it ‘made the President look bad.’ Murphy said he declined because it would be a violation of his duties not to do it.

U.S. intelligence assessments that a Russian influence operation aimed at swaying the 2016 election in Republican Donald Trump’s favor has overshadowed much of his presidency with a series of investigations being dismissed by Trump as a hoax.

U.S. officials say Russia, China and Iran have been working to influence the 2020 election between Trump and his Democratic challenger Joe Biden.

Murphy’s complaint said that he declined to comply with Wolf’s order because doing so ‘would put the country in substantial and specific danger.’

On a second occasion in July, Murphy said that Wolf told him that an intelligence notification on Russian disinformation efforts should be ‘held’ because ‘it made the president look bad.’

Murphy said that he ‘objected, stating that it was improper to hold a vetted intelligence product for reasons for political embarrassment. In response, Mr. Wolf took steps to exclude Mr. Murphy from relevant future meetings on the subject,’ according to the complaint.

The complaint outlined other allegations of misconduct by Trump administration officials.

In one example, he said Nielsen and her deputies pressed him to ensure that intelligence assessments he produced supported administration claims that large numbers of suspected terrorists were entering the country from Mexico.

He said Cuccinelli directed him to modify a section of a report on white supremacy to make the threat appear less severe, and to include information on left-wing groups to echo administration talking points around civil unrest following the protests over the killing of George Floyd.

Cuccinelli, Murphy said, told him to modify the section on white supremacists ‘in a manner that made the threat appear less severe, as well as include information on the prominence of violent ‘left-wing’ groups.’

Murphy said he declined to censor or manipulate the intelligence, believing this would be ‘improper administration of an intelligence program,’ and that he warned one of the officials that doing so would constitute a felony.

Officials said they would sit on a homeland threat assessment, according to Murphy, following expressions of ‘concerns’ by Wolf and Cuccinelli about how it would ‘reflect upon President Trump.’

DHS did not immediately respond to a request for comment by The Associated Press.