The 54-year-old Hastings and Rye MP is the fastest rising politician to one of the Great Offices of State since the Second World War – having only been an MP for six years at the time of her appointment. 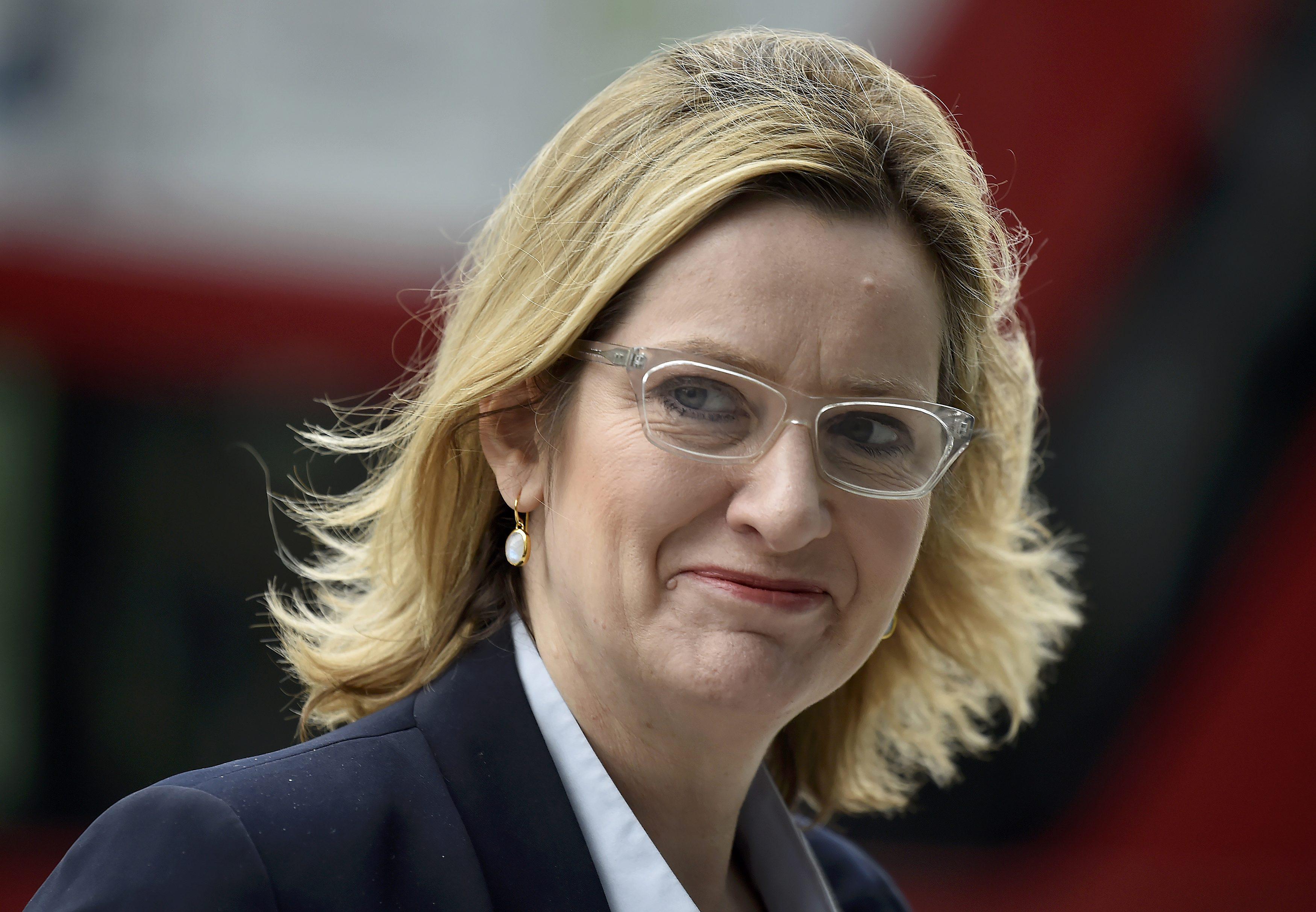 Who is Amber Rudd? What's her background?

Amber Rudd is a Conservative MP who has served as Home Secretary from 2016 until April 2018.

She has previously served as Energy and Climate Change Secretary.

Ms Rudd campaigned for Britain to stay in the EU ahead of the 2016 Brexit vote.

She is also vice-chairman of the parliamentary committee on female genital mutilation, chairperson of the all-party parliamentary group for sex equality and has campaigned to see more women in Cabinet positions.

Rudd married the late writer and critic AA Gill in 1990 and they had two children before separating in 1995.

Before entering politics she worked in investment banking in London and New York as well as setting up a recruitment business.

She worked as "aristocracy co-ordinator" on Four Weddings And A Funeral and even made a fleeting appearance in the 1994 film.

Rudd was tipped to be a future Prime Minister following her quick rise through the ranks of the Conservative party, however these hopes were dashed when she resigned on April 29, 2018, over the Windrush scandal.

What did she say about Brexit?

Rudd said Britain should join an EU halfway house if Theresa May’s Brexit deal falls – as the PM was warned the Conservative Party could next week split up.

She defied No10 to become the first Cabinet minister to openly discuss a Plan B to the PM’s troubled agreement with the EU.

In an interview with The Times, Ms Rudd said membership of the European Economic Area (EEA) “seems plausible as an alternative, for the country but where MPs are too”.

Rudd wants the PM to press on with the vote, along with Chancellor Philip Hammond and Health Secretary Matt Hancock.

also insisted she was only repeating remarks made as a backbencher before her recent Cabinet return. She also said she wanted to see Mrs May’s deal pass, as voting it down could backfire badly on Brexiteers by causing a second referendum.

When did she become Work and Pensions Secretary?

May brought Rudd back to the Cabinet on Friday November 16.

The former Home Secretary replaced Esther McVey as Work and Pensions Secretary – putting her in charge of troubled Universal Credit.

Ms Rudd's promotion came seven months after she was forced to quit in disgrace over the handling of the Windrush scandal.

It could prove a controversial move because Ms Rudd is a staunch Remainer who recently suggested she could end up backing a second referendum on Brexit. 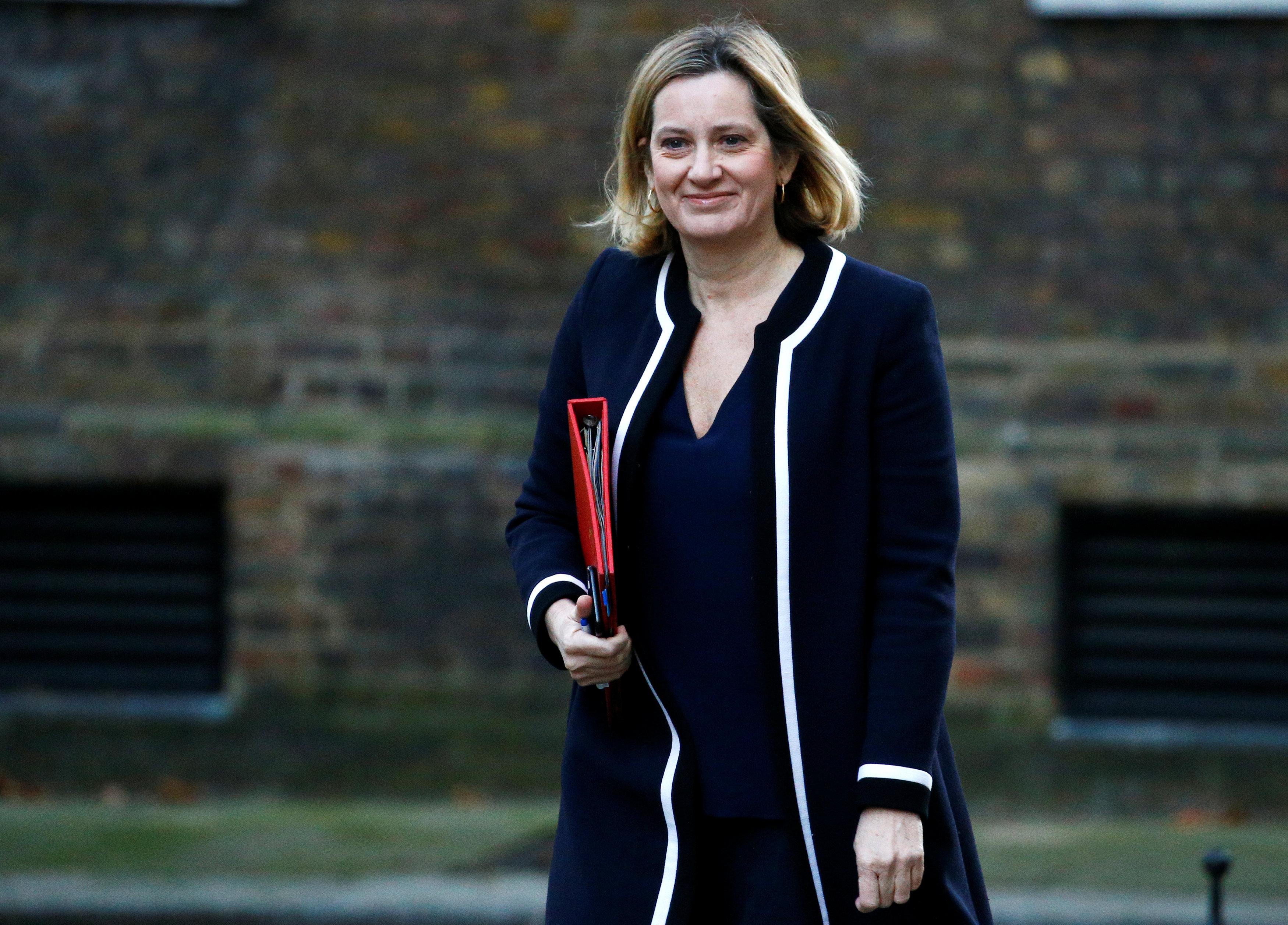 She takes the place of McVey, who stormed out of office a day earlier blasting May over the Brexit deal.

Sajid Javid – who took over from Rudd at the Home Office – said he was "thrilled" to see her back at the top table.

The new Work and Pensions Secretary said her new role was an "honour and responsibility" and called for fellow Tory MPs not to bring down Mrs May.

Which constituency does Amber Rudd represent?

Rudd was re-elected in the 2017 General Election as the Tory MP for Hastings and Rye in south east England.

She was first elected as an MP there in 2010 and has lived in Hastings Old Town since 2007.

As part of her election campaign, Rudd said she would deliver a higher living wage plus proper rights and protections at work.

She said she supported investment in the NHS and wanted to provide extra funding for local schools.

Why did she resign over the Windrush scandal?

Rudd has found herself under fire after it emerged Windrush immigrants were being threatened with deportation because of a 2014 bill to weed out illegal migrants.

The crackdown meant Commonwealth citizens who did not take up the offer of a British passport before 1973 were having to prove how long they had lived here.

She insisted she had only become aware of the troubles facing individual Windrush-era immigrants “over the past few months” as she revealed the Home Office was now swamped with 1,360 cases.

And she told the Home Affairs Committee her priority now was to fix the mess.

On April 29 Rudd resigned from her position as home secretary and said in a letter to Theresa May "I take full responsibility" over the Windrush Scandal.

What has she said about the Customs Union?

When Home Secretary she reignited a bitter Cabinet Brexit row on April 26 by saying Britain may still stay in the EU’s Customs Union.

When asked to confirm that the UK will definitely leave the EU bloc as the Prime Minister has promised, Rudd said the issue was still being thrashed out.

She said: "I’m committed to the Government’s position, which to some extent we are still working on.

“We still have a few discussions to be had in a really positive, consensual, easy way among some of my cabinet colleagues in order to arrive at a final position.”

Her comments are said to have infuriated Downing Street as they came ahead of a key  showdown of the Cabinet’s Brexit committee in May over the Customs Union.

Senior backbencher Peter Bone said he “could not understand why Amber Rudd did not support government policy to leave the Customs Union”, adding: “We cannot have a Home Secretary not supporting this key plank of Brexit”.

But Rudd clarified her comments on Twitter an hour later saying: "I should have been clearer – of course when we leave the EU we will be leaving the customs union.”

Who is her ex-husband AA Gill?

AA Gill was a celebrated food critic and writer who died from cancer aged 62.

He was born in Edinburgh in 1954 to English parents but moved south of the border as a one-year-old – the 'AA' stands for Adrian Anthony.

He began writing professionally in his thirties, joining The Sunday Times in 1993, where he stayed until his death.

The day after his death The Sunday Times published his final feature about standing up to cancer.

Rudd and AA Gill marred in 1990 and divorced in 1995 and share two children Flora and Alasdair. Following their divorce he entered into a long term relationship with model Nicola Formby who he stayed with until his death.

The food critic was a recovering alcoholic who drank "all day, every day" until the age of 30 and in 2010 he revealed his cancer stating he had been diagnosed with "an embarrassment of cancer, the full English".