Woman, 34, dies after inhaling fumes from bleach mixed with other cleaning products while scrubbing her bathroom

A 34-year-old woman died after suffering an asthma attack when she mixed bleach and toilet cleaner together while cleaning her bathroom.

Leah Seymour, who was known as Celia, was at her home in Feltham, west London on July 19 with Peter Seferi, the owner of the car wash she worked at, when she collapsed, suffering a fatal asthma attack.

Explaining how the tragedy unfolded, Mr Seferi said: ‘I called her and said I would be down at the house in about five minutes.

‘She said, ”I am just running upstairs to bleach the bathroom so I will leave the door open for you”. I got there in less than five minutes, the smell was powerful, I could feel it in my chest. We went outside and we were talking like normal.’

Within minutes however, Miss Seymour was struggling to breathe and asked Mr Seferi to call an ambulance.  When she collapsed, he started CPR with the guidance of an emergency call handler.

Miss Seymour was rushed to hospital and placed in an induced coma. She died four days later.

Her devastated mother Julie Felon, who lives in Essex, said the fire service confirmed the two cleaners – bleach and another which may have been toilet cleaner – had reacted, producing a gas and triggering a severe asthma attack. 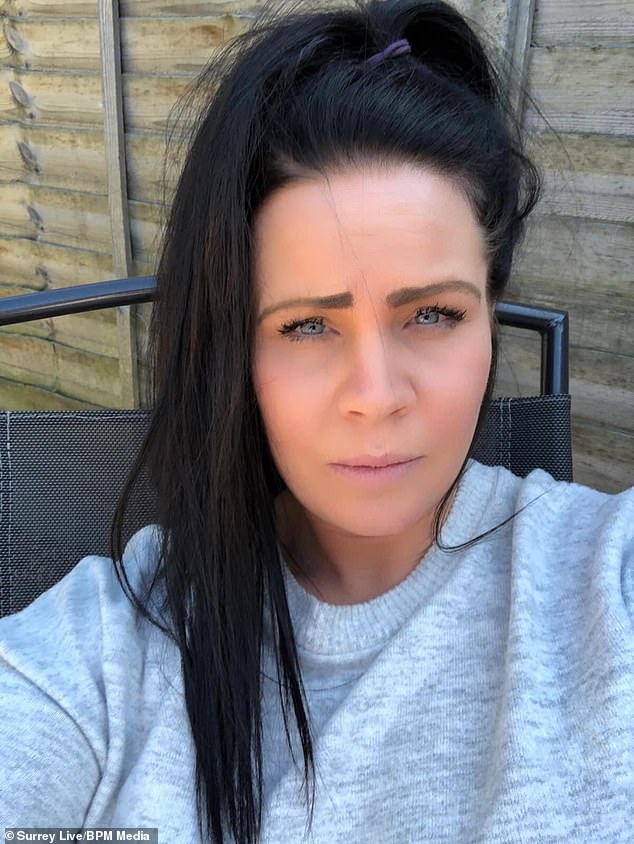 She has now implored people not to mix bleach and other cleaning products.

‘I am still in a state of disbelief,’ she said. ‘I can’t believe she has gone. She was only just starting her life and it was taken away from her.’

Her ‘car-mad daughter, always bubbly,’ had fallen in with the wrong crowd when she was younger, said Mrs Felon, but in recent years had turned her life around.

‘I have seen a great change in her since she met Peter and the team,’ she added. ‘She turned into a more responsible person and did come across the most happy she had been in years. I really appreciate everything they did for her.

‘Heaven has gained an angel. What else can I say?’

Miss Seymour was the manager of Atlantico Hand Car Wash in Betchworth, Surrey.

Boss Mr Seferi said the 34-year-old, who had worked there for five years and with him for eight, was like family.

He has since changed its name to Celia’s Hand Car Wash in tribute and customers have been leaving flowers there in memory of her. 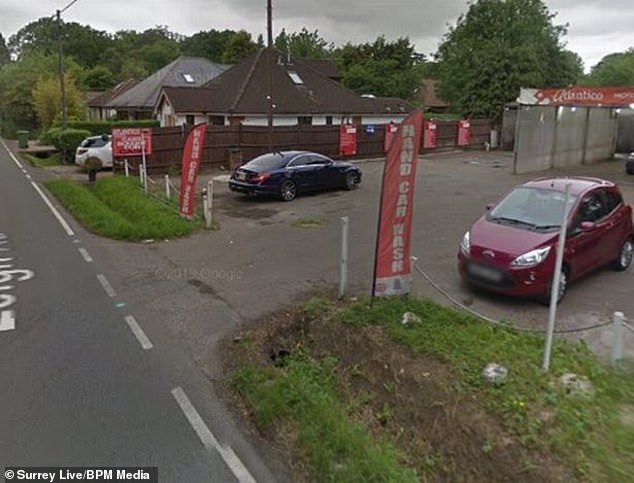 Leah Seymour, who changed her name to Celia, was the manager of Atlantico Hand Car Wash in Betchworth, Surrey. Its name has now been changed to Celia’s Hand Car Wash

‘When someone dies people say nothing but good things about them, but – on my children’s lives – I could not say a bad thing about that girl,’ he said.

‘She was wonderful. We have got a memorial book here for her and people who were strangers have come in and left flowers for her. We are speechless really.

‘If you called her at three in the morning saying you needed help, she would be there. She would go out of her way to help anyone.

‘I don’t feel like coming to work any more; I just feel like I am looking [around], like ‘where is she?’ I just can’t come to terms with it. When my first child was born it was me and her who went to collect my wife and son, she was like my right-hand person.’

Miss Seymour had been through ‘tough times in the past but was loving life and happier than ever before’, he added.

An inquest into Miss Seymour’s death was opened and adjourned on Tuesday, August 4.