A KNIFEWOMAN has been arrested after she was found wandering the streets with blood on her hands in Bergen, Norway.

Police were called to the scene after reports of several people being stabbed – but later confirmed only one person was injured in the incident in Danmarksplass. 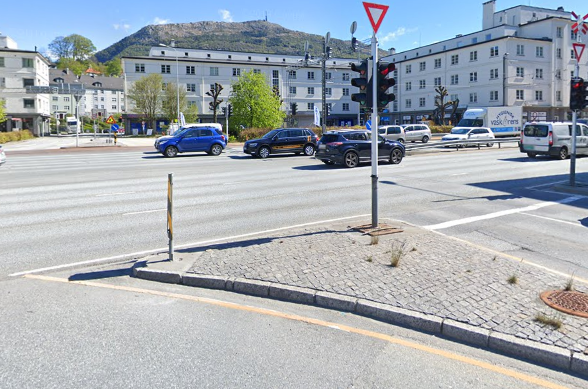 Cops were called to the scene at around 2.06pm to reports of an attack and sealed off the area.

NRK reports reported a woman has been arrested after she was seen carrying a knife and covered in blood.

Emergency services are looking anyone else who may have been injured in the attack.

Nine ambulances have been called on the scene and at least two people have been injured.

Pictures show police blocking traffic as they deal with the incident.

West Police District confirmed officers have one person on custody.

The woman was reportedly first seen wielding the blade and acting threateningly.

The suspect is also reported to be injured.