There are civic duties and there are motherly responsibilities – and one pregnant Florida woman fulfilled both Tuesday as she stopped to vote on her way to the hospital to give birth, according to local reports.

She had already gone into labor by the time she arrived at the Orange County Supervisor of Elections Office in Orlando Tuesday, a spokesperson told local media.

Poll worker Karen Brinceno Gonzalez told Fox 35 that the woman had asked her husband to stop and vote on their way to the hospital, which is about a half-mile away. 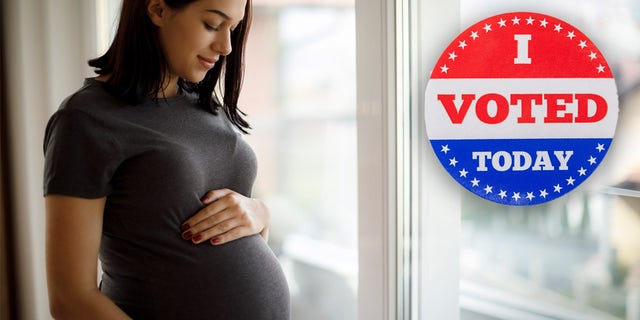 The wife reportedly waited in the car as her husband went inside, waited in line, and asked for poll workers to help his wife vote early, according to Gonzalez.

“He's like ‘Yeah, she's about to have a baby, but she won't go to the hospital to have a baby until she votes,’” Gonzalez told the outlet. “I was like, OK, what can I do to facilitate her to vote? Where is she? Where can I go to help?”

Gonzalez went out to the car, where she reportedly found the pregnant woman breathing heavily. She checked her ID, handed her a mail-in ballot and told her to send it in by 7 p.m. on Nov. 3.

PIZZA TO THE POLLS: HOW TO GET FREE FOOD WHEN VOTING IN PERSON

Eileen Deliz, another early voting clerk for the supervisor’s office, told the Orlando Sentinel that it was a unique event for poll workers.

“We are very, very busy, but when something like that happens it just makes our day," she told the paper. “It kind of validates what we do [and] the importance of voting. Every election cycle brings us a great little story.”

The Supervisor of Elections Office did not release the voter’s name.