A woman was arrested in New Hampshire for making threats against – and sending pictures of a naked, mutilated body to – a Michigan election official who had initially refused to certify local votes in favor of Joe Biden, according to officials.

Katelyn Jones, a 23-year-old former Olivet, Mich., resident, was arrested Wednesday and charged with sending threats and "threatening communications" to Monica Palmer of the Wayne County Board of Canvassers, authorities announced in a same-day press release.

The young woman sent Palmer, chair of the board, threats and the gruesome images from her mother’s home in Epping, N.H., where she was staying and was later arrested, officials said.

"The allegations in this case should make all of us disgusted," said U.S. Attorney Matthew Schneider of the Eastern District of Michigan. "There is simply no place in Michigan, or in the United States, for chilling threats like this to people who are simply doing what they believe is correct. … This is not the only threat case related to the election that we are investigating."

Palmer headed a raucous meeting of the Board of Canvassers on Nov. 17. She and a fellow Republican on the four-member board initially refused to certify Wayne County’s election results, typically a routine step on the way to statewide certification. They cited problems with absentee ballots in Detroit.

When the meeting turned to public comment, Palmer and William Hartmann were criticized for hours by people watching on video conference. They subsequently changed their votes and certified the election totals, saying they were assured by the board’s two Democrats that a post-election audit would be performed. Biden won the county on Nov. 3 with 68% of the vote. 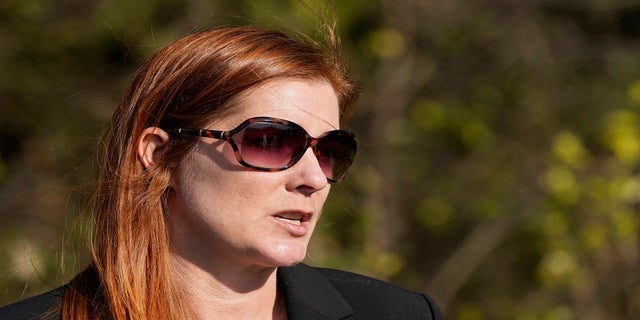 "You have made a grave mistake. I hope you realize that now," Jones told Palmer a day after the meeting, according to the FBI.

The threats included two photos of a woman’s nude, mutilated and bloodied body lying on the ground. She also allegedly sent Palmer a picture of Palmer’s juvenile daughter and made references to her in the threatening messages, officials said.

Along with a picture of the naked corpse, she wrote: "I’d just like you to imagine that’s little [Palmer’s daughter’s name] your beautiful daughter," according to the court filing, which was shared online by The Detroit News.

Jones allegedly called Palmer a racist and a terrorist in the messages, which were sent by phone and on social media.

"F—— with our elections is TERRORISM, and us Americans clearly don’t tolerate terrorist (sic) so yes you should be afraid, your daughter should be afraid and so should [Palmer’s husband’s name]," Jones allegedly wrote.

"I’d (sic) be a shame if something happened to your daughter at school," Jones said, according to investigators.

Jones admitted to agents on Tuesday that she made the threats because she felt Palmer was "interfering with the election," the FBI said in a court filing.

Jones’ attorney declined to comment when reached by reporters on Wednesday. She appeared in federal court in Concord, N.H., where she was released on bond, according to The Detroit News. She is due in court in Detroit on Jan. 13 and must participate in a mental health program.