After years of suffering with an eating disorder, Demi Lovato has found happiness — and it came when she decided to change her relationship with food and exercise.

Demi Lovato unexpectedly lost weight after letting go of her obsession with counting calories and exercising. The singer showed off her weight loss in a new Instagram video, where she revealed how her pants are now too big on her. She pulled the waistband away from her stomach to show how loosely it fit, and admitted, “I’m full of peace, serenity, joy and love today.”

Along with the weight loss video, Demi revealed how she dropped the pounds accidentally. “Accidentally lost weight,” she wrote. “I don’t count calories anymore. I don’t over exercise anymore. I don’t restrict or purge. And especially I don’t live my life according to the diet culture…and I’ve actually lost a lot of weight. This is a different experience but I still feel full. Not of food. But of divine wisdom and cosmic guidance. Peace. Serenity. Joy. And love.”

The past year was full of ups and downs for Demi. She kicked off 2020 with an incredible performance of the National Anthem at the Super Bowl, as well as an emotional performance at the Grammy Awards. It was meant to kick off her big comeback after she nearly died of a drug overdose during the summer of 2018. However, the coronavirus halted her career plans. 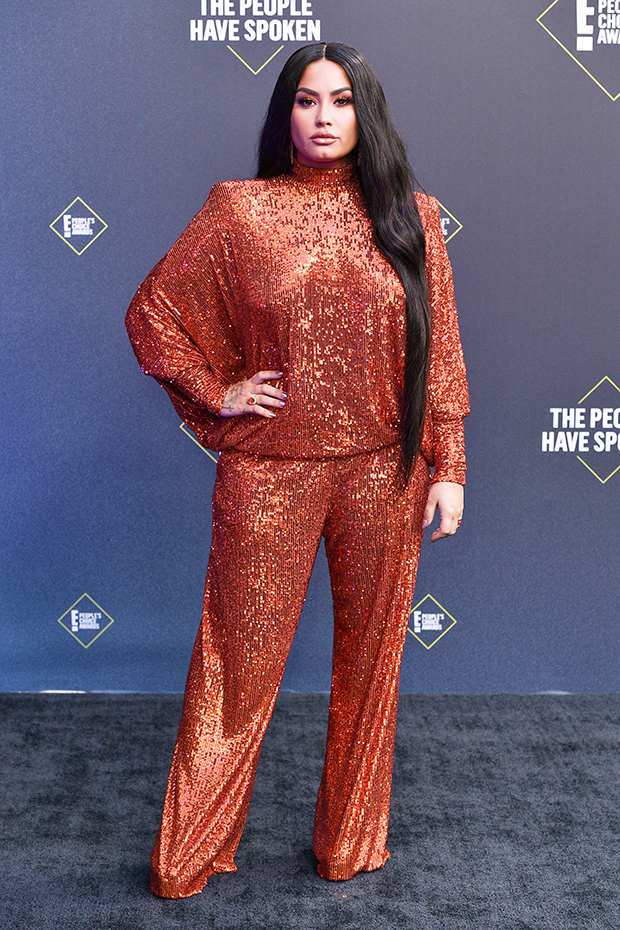 Instead, she focused on her personal life, and fell in love with actor Max Ehrich. They got engaged in July, after just a few months of dating, but split weeks later in September. Now that she’s single again, Demi’s priority has been herself, and she truly seems happier and healthier than ever.

Demi has been open about her struggles with an eating disorder and body image for years. However, in December 2020, she revealed that she was officially in recovery for her eating disorder for the first time. “I’m so grateful that I can honestly say for the first time in my life – my dietitian looked at me and said, ‘This is what eating disorder recovery looks like,’” Demi shared with fans, along with a photo of her stretch marks. She also urged fans who have had the same struggles as her not to “give up” on their own journeys.