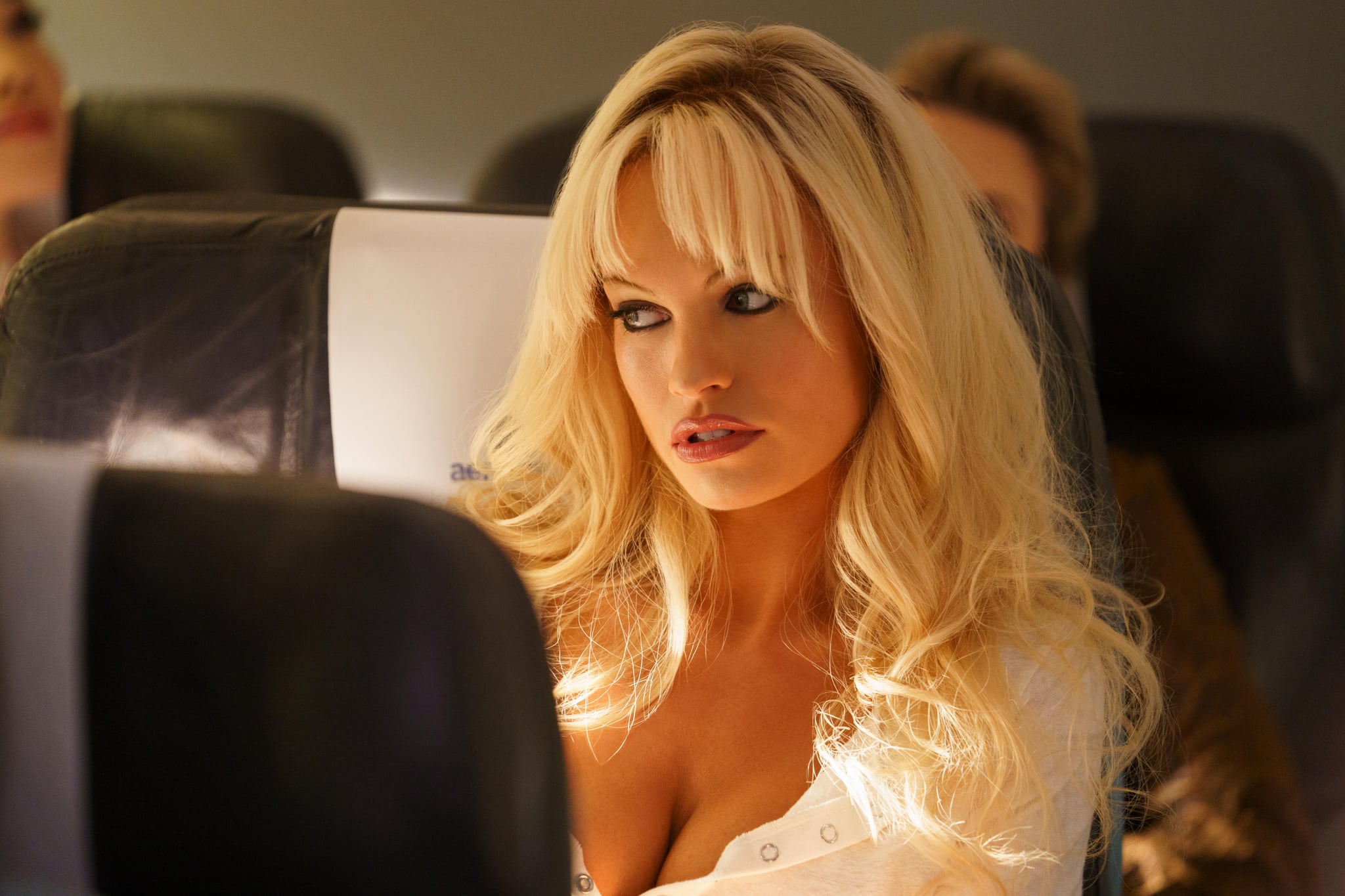 If you caught the first episode of Hulu’s “Pam & Tommy,” you probably found yourself marveling at Lily James’s transformation into Pamela Anderson. Physically, the actor completely disappears into the character — and it’s all thanks to amazing prosthetics.

Each morning, James would sit in the hair-and-makeup chair for four hours while various prosthetics were applied to her face and body. “You always have to take a look at the actress they present you with and take a look at the model that you’re trying to model after and split the difference so that you don’t go into the world of caricature,” Jason Collins, the show’s prosthetics and special effects makeup designer, tells POPSUGAR. The first order of business was covering James’s naturally thick eyebrows. Rather than tweezing them to match Anderson’s super-skinny ’90s brows, the team used a full forehead prosthetic to cover them.

Since Anderson’s forehead is longer than James’s, the forehead prosthetic also granted them more space to work with between her eyes and hairline. Hand-sewn eyebrows made with real hair were then applied on top of the forehead piece.

To achieve Anderson’s mouth, James wore full upper and lower acrylic dentures to “give her that Hollywood smile,” says Collins. The fake teeth also helped push James’s lips out, giving her the pouty, voluptuous smile Anderson was known for. 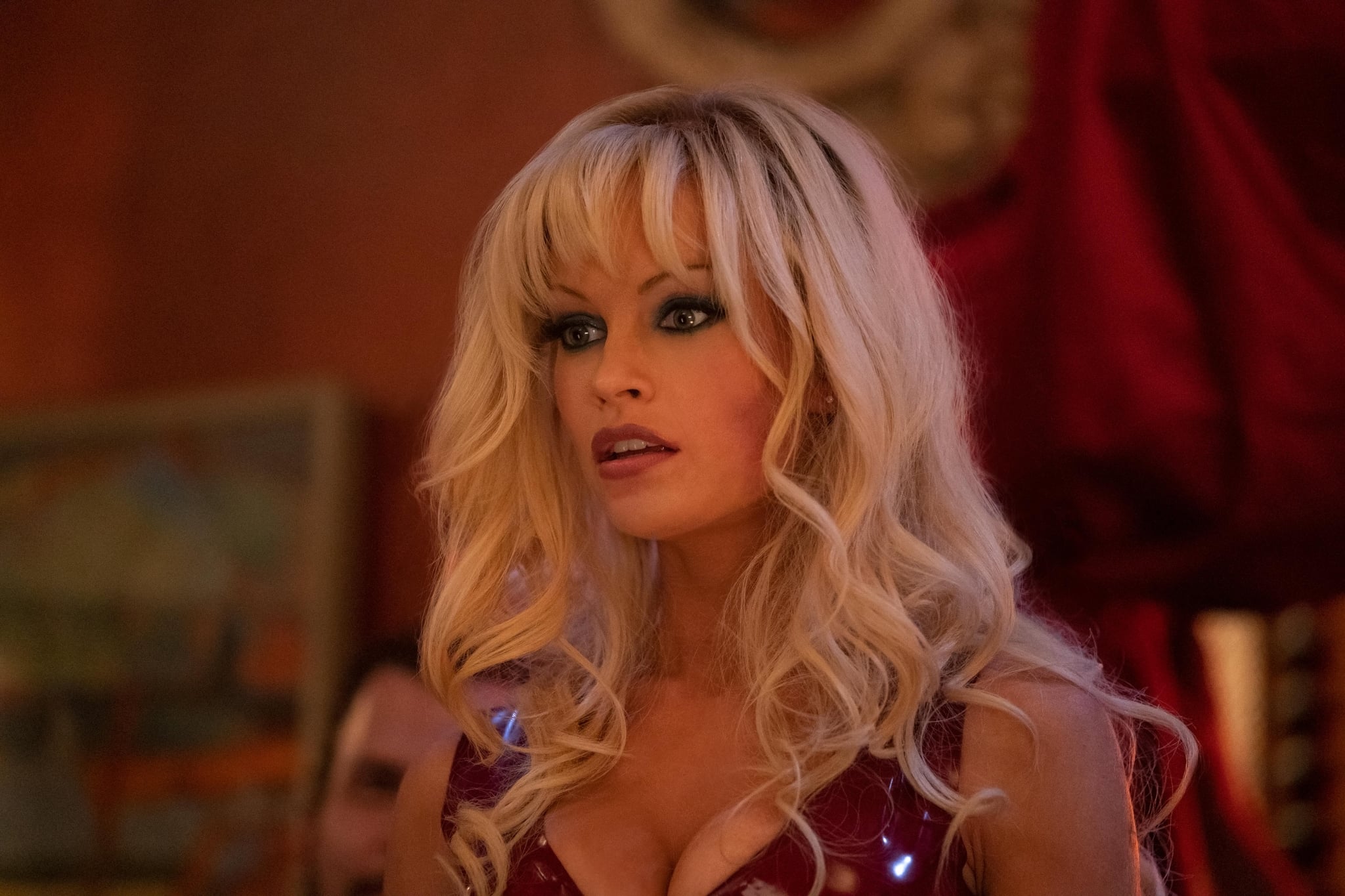 The next step was achieving Anderson’s body. It took Collins and his team three tries to create the prosthetic breasts and get “that perfect Pam silhouette,” he says. “90 percent of shooting, she had the breast appliance on.”

Prosthetics like those in “Pam & Tommy” aren’t reusable “because the edges are so delicate,” says Collins, so his team had to make one of each for every day they filmed. “We were creating probably five sets of appliances of boobs every week, five forehead appliances, and multiple sets of teeth,” he says. “Add that up after three months of work, you’re looking at probably over 150 pieces just for Pam alone.”