Kelly Ripa has been married to Mark Consuelos for 26 years so there isn’t much she doesn’t know about her husband.

However, the Live with Kelly and Ryan star has revealed that he has one habit that she just can’t figure out – his ability to fall asleep anywhere and anytime. Kelly has even convinced herself that Mark suffers from narcolepsy, which she has nicknamed “Markolepsy”.

“He falls asleep constantly,” Kelly once told Jimmy Kimmel during an appearance on his show. “Any award show ever, in the history of time, even if he’s been nominated [he’s] out like a light.

“I think he has Narcolepsy… but I call it ‘Markolepsy,'” she added. “He’s never been diagnosed. That would require him going to a doctor to seek treatment.”

Kelly recalled the time Mark once fell asleep on the bathroom floor at her Live producer, Michael Gelman’s house during a dinner party.

Kelly and Mark have been married 26 years

“We had this lovely dinner party with a whole group of people, and Mark excused himself and went to the bathroom and never came back,” she explained.

“I’m thinking, ‘Oh my gosh, he is horribly sick, what’s going on in there?’ So, I excuse myself quietly and I go to check on him. The door’s locked but I can hear through the Gelman’s baby monitor snoring. He is snoring and he’s out like a light.”

After getting some help from Michael to get into the bathroom, Kelly added: “So, we got the key, opened the door, Mark’s asleep and on the floor, and I said, ‘What is with you? You haven’t even had anything to drink yet.’ And he goes, ‘That bathmat looked so cozy.'” 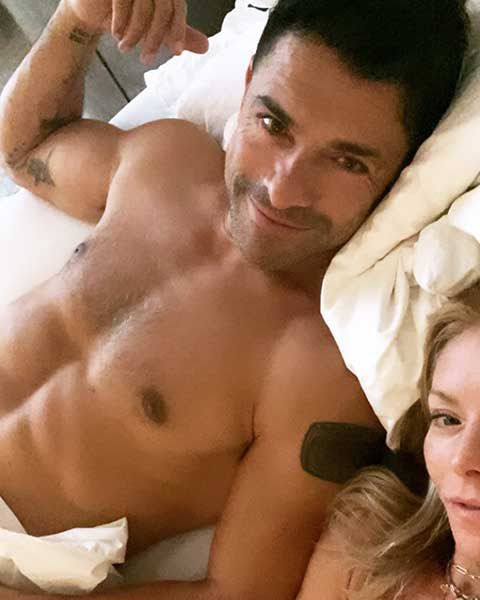 Kelly even admitted that she has developed a trick to keep Mark awake when he’s driving. “I scratch his head,” she revealed before jokingly adding: “I offer to drive, but he would rather fall asleep at the wheel than let me drive.”

The former All My Children star even confessed that she once considered calling 911 over Mark’s sleeping problems after he fell asleep in “half a second” following a moment in their marital bed. 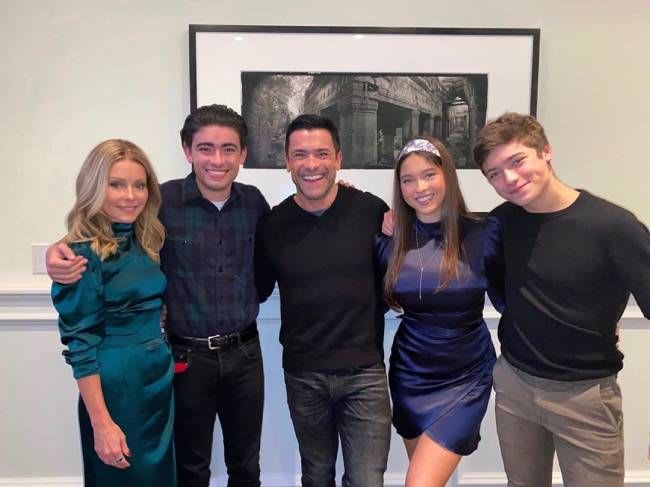 When Jimmy said that Mark must sleep through the night with “no problem”, Kelly replied: “He’ll wake up for certain things… and then immediately he goes back to sleep, it’s kind of unbelievable.”

When Jimmy joked that all men tend to do that, Kelly laughed and said: “I feel better now, I’m not alone… I always go, ‘Should I call 911?'”