A great deal of the queer experience for me has been lived in waiting rooms: accompanying friends to their hormone adjustment appointments, chaperoning friends with the relevant equipment to their abortions, sitting in on appointments with friends who fear new doctors misgendering them, crossing out the wrong pronouns on intake forms for partners who are too nervous to go in alone.

This is part of what queer family is for: we keep each other safe because for generations, few others have tried. An entire generation of queer elders simply does not exist because of medical stigma and government mismanagement during the AIDS crisis, and the surviving generations carry that loss with us everywhere we go. Queer and trans people are generally wary of entering medical spaces to begin with for that historical failure, and that wariness is compounded when we are also people of color—because race has always impacted the quality of medical care in America.

Almost all the queer people I know avoid going to the doctor unless we are nearly immobilized with illness.

Healthcare providers are put in the position of gatekeeping our gender transitions and access to life-saving medications and hormones. People who are often given care over us simply by luck of the draw, and the price of a bad draw is our lives. Queer people of color fundraise in order to access basic medical care on a daily basis because we’re also more likely to be underemployed and live in poverty, so this need makes up a not insignificant amount of the fundraisers on websites like GoFundme. For these reasons, almost all the queer people I know avoid going to the doctor unless we are nearly immobilized with illness. That was before a pandemic made accessing medical care even more risky.

It’s a relief that as of this year there is finally a medical provider specifically catered to queer and trans folks, and it will soon be nationwide. Enter FOLX: the first ever digital healthcare service provider specifically designed to provide customized medical plans for the LGBTQIA+ community. It offers tailored hormone therapy packages, ED, PReP, STI testing, and an online medical database with questions answered by queer-affirming medical providers across America. I caught up with the founder and queer healthcare advocate A.G. Breitenstein over Zoom in mid-January to learn more about the program. 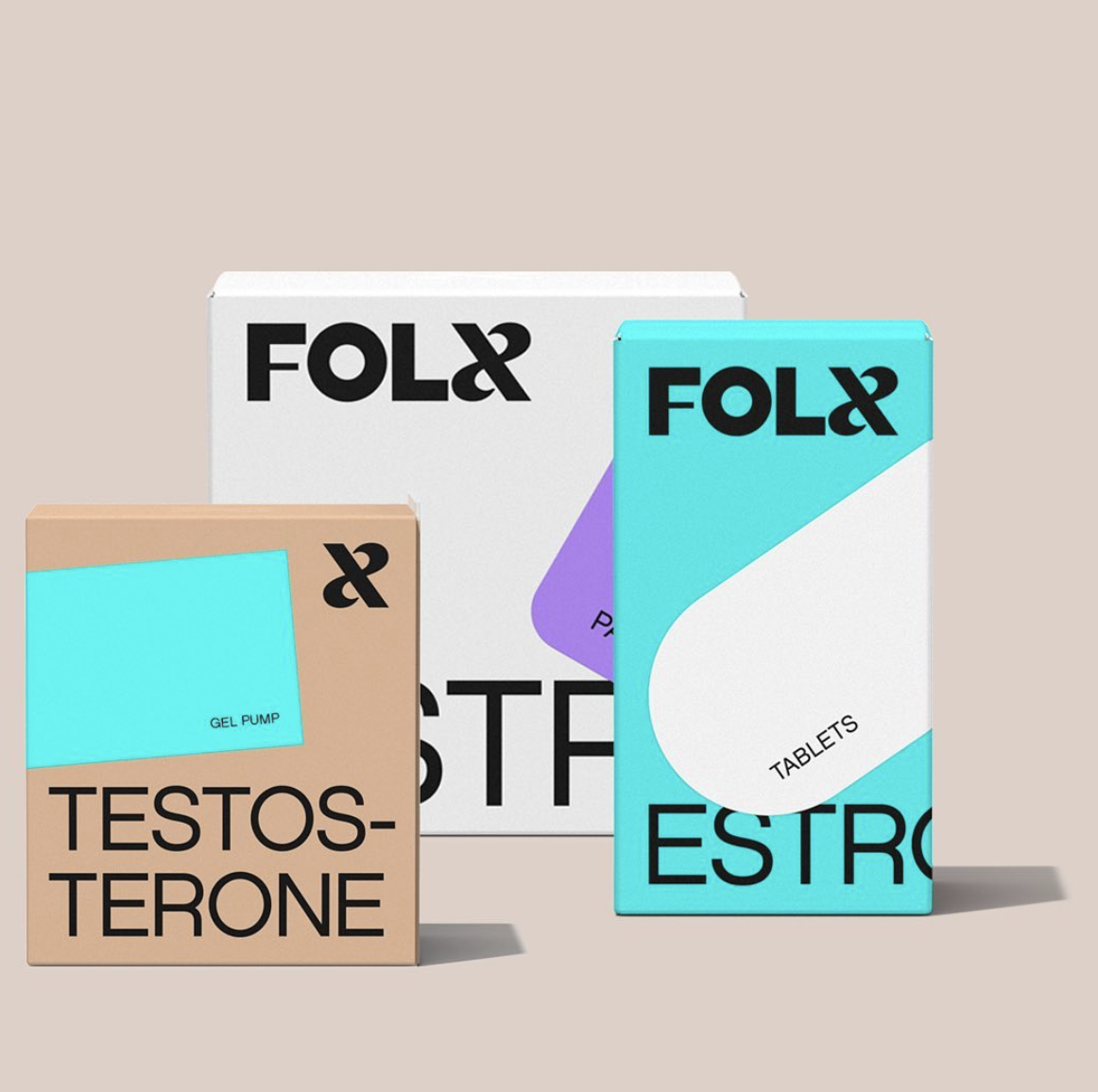 Are the network of queer and trans clinicians queer-affirming clinicians? Or are they also queer and or trans themselves? I’ve never seen a database like this be so expansive before.

Most of them are queer and/or trans. Part of the recruitment process was to require years of experience working with the queer and trans community. That is the bar for queer competence, and of course, being part of the community, too. How many times have you had to explain yourself, your body, your life, to people who just don’t understand, you know, who you are, and what your life is like? We’re trying to build as a network of folks that really get that in their bones.

It takes some time to find anyone that’s queer-affirming and accessible even in New York, a capitol of queer identity in America. I can’t imagine how hard that must have been for an entire network.

The queer community has a lot of caregivers, and a lot of people who have been waiting for something like this.

Our ethos is also different from sort of traditional medical ethos—we’re not just going from patient centric, we’re actually going for patient control. The patient should be in control, and the clinician’s job is to support them by providing services that enable them to achieve their goals for care. The queer community has a lot of caregivers, and a lot of people who have been waiting for something like this. So as hard as it is, we have also been blessed with enormous numbers of people who have stepped forward to say they are really eager to be part of this service.

We’re starting in 10 to 12 states, and then it’ll roll out across the country over the course of the next six or seven months. There are certain states that will license our clinicians more quickly, and the target states were based on where we saw the greatest need. That did not line up 100%, but we got as close as we could.

I know a lot of queer folks take medications that are common within the trans community, but are not specifically for the trans community—like Sprionolactone, which is prescribed for acne, hypertension, and hormone-blocking. What medications are being covered now and what is being taken into consideration for future rollouts?

It is already part of the basic HRT package. Folks can choose estrogen, they can add Spiro, they can add antiandrogens, progesterone, and more. They’ll be able to add also skin and hair specific supplements and medications, because as you know, there can be skin and hair complications from hormones, and sometimes they can make your skin go crazy.

And what about queer family planning services? Is that stuff going to be rolled out?

That’s absolutely on the roadmap, probably later this year, or very early. In the very long range future, we want to open our own clinics so we can offer visits for things that really have to be in person. When that happens, we will be including trans pediatrics—that’s in the distant future.

Can you tell me a little bit more about the roadblocks you came across when creating Folx?

There are very few people in the VC community that are part of our community. The first big hurdle is getting people to understand the magnitude of the pain. The next question is how many queer and trans folks are there to serve? This has always been a big question and there is a lot of shitty data out there. There is this idea that we’re only like four and a half percent of the community. But when are surveys done by queer and trans identified organizations, that number like jumps up to 20%. And the younger age groups, people who identify as queer is a rapidly growing demographic, because people are more comfortable identifying. There’s a lot of stealth people actually in the older age ranges that just have never been comfortable sharing that identity in a public way. Proving there are enough of us to be worth some VCs time is a lot of work. That said, we’re in a real zeitgeist moment. We’re a huge community.

What made you decide to pursue healthcare? It would be hard to start any company, but to build a queer and trans health care company requires fortitude….

That’s the less polite way of saying it, yeah.

At some levels, this was the most obvious thing. I’ve spent the last 30 years in health care. I started working with queer and trans kids in the streets of Boston right out of law school and saw up close how crappy the healthcare system was for our community. I have had a long arc of a career in health care, and it has taken that long to understand how it all works, because it’s so complicated. And then I have started other companies that secured funding, so I learned a lot of lessons that prepared me for this. This company is the most inevitable outcome of at least my career.

At the same time, we have this unbelievably interesting moment where the technology is there. People now understand telehealth, because of COVID.

That’s true—accessibility has totally changed. And on that note, what has been the discussion when it comes to the price point of these services?

We targeted price points for what we’re doing in the range that would be fully justifiable relative to the cost. Our plans start at $59 per month including medications and can range up to several hundred dollars, if they are choosing a complex set of medications. I benchmark it against cell phone plans as a reference point in terms of how people pay for things.

But we know that there are certain people who won’t be able to afford what we’re doing. In addition to what we’re trying to do in terms of driving prices down to become much cheaper and more transparent, we’ve also started fundraising effort to build a funds that will provide scholarships for folks who can’t afford the meds.

We talked to a lot of people and there are folks who have plenty of money and who go to free clinics because it’s the only safe place for them but they don’t actually need free services. For the folks that really do, they’re taking a seat and a time slot when the only reason they’re there is because they don’t have queer safe access. So this is meant to open up access across multiple dimensions.

Will there be educational programs for providers that may not queer-affirming yet but are open to learning?

We just launched a library to do just that. As we can estimate it, it is going to be one of the largest and most accessible resources for information on queer and trans health. There’s long been two levels of access for folks to get relevant trans health information: you either have to go to Reddit and like DIY stuff, which is scary and unmoderated and to the hell knows who you’re getting advice from, or you’re like slogging through the UCSF website trying to read barely comprehensible medical literature. Neither one is useful. So we built a resource starting with 20 or 30 articles on everything having to do with HRT, and queer and trans health. We’re just getting started.

And since FOLX is a healthcare provider, the information clients are providing will be protected by HIPAA and you won’t be collecting the data to sell to vendors. Right?

[nods head vigorously] Yes. Part of my work as a lawyer was to be a privacy advocate. So that is an incredibly important value to me. We will be staying true to the community. That’s our job.