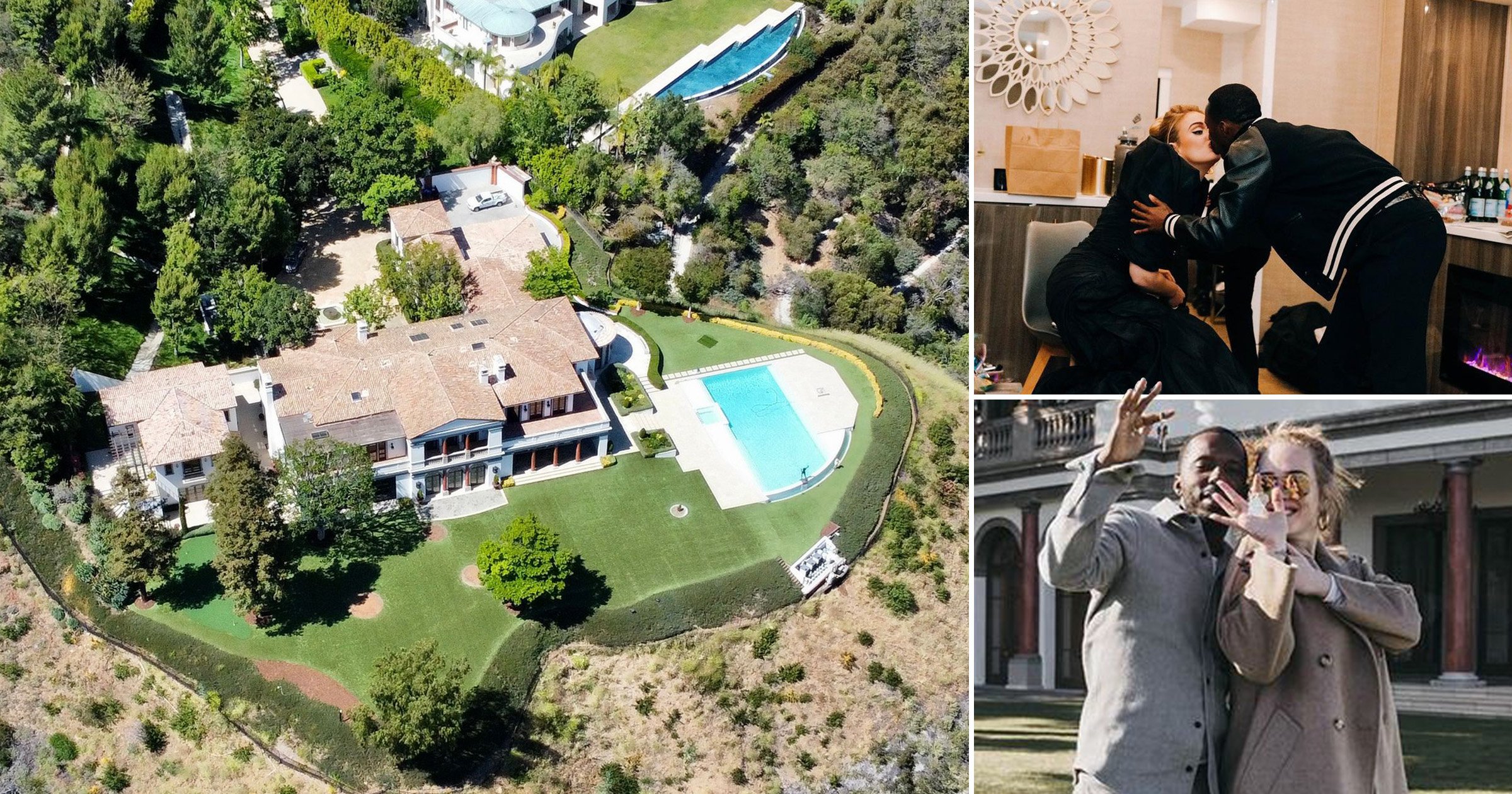 Adele really is rolling in the deep after splashing out ‘$58million’ (£47m) on a sprawling eight-bedroom mansion, set on a 3.5-acre estate, in California.

The singer shared a series of loved-up photos with boyfriend Rich Paul on Wednesday, with the pair holding up keys as they stood outside the massive pile, once owned by Sylvester Stallone.

Days after celebrating her 34th birthday, the superstar returned to bless us with adorable unseen photos of her and sports agent Rich, 40, from the past few months, including a shot of the two-storey home, confirming she was the new owner following previous reports.

In one cosy photo, the couple were seen pulling poses and standing on the lush lawn of the crib while holding up keys, suggesting they’re now living together in their very own home/mega-mansion the likes of which we can only ever dream of setting foot in.

It was previously reported the singer was eyeing up the mansion in the exclusive North Beverly Park neighborhood of Los Angeles, which was originally listed by Rocky actor Stallone for the princely sum of $110m (£90m).

Adele knows how to drive a bargain, we’ll give her that.

Hardly a small cottage, the 18,587 square-foot home (which is more than 18-times the size of the average home in the UK…) sits at the end of a cul-de-sac and up a long private driveway, and was built in 1994.

It boasts eight-bedrooms and 12 bathrooms, and is situated on acres of lush, green land with a massive pool and putting green.

In February the Los Angeles Times confirmed Adele was the buyer, after Stallone first listed the house in January 2021 before slashing the price to $80m (£65m) in October.

It’s one star-studded area, too, with residents including Denzel Washington, Magic Johnson, Justin Bieber and the late Sumner Redstone, who owned the house next to Stallone’s, according to the outlet.

Inside, the once-Mediterranean-style compound was turned into a more contemporary estate by the Rocky actor, who has moved with his family to Florida, before he sold it off.

In real estate images, the living space has steel-framed windows and doors, while the estate also contains an art studio alongside an eight-car garage, as well as a plush guesthouse, with the whole house beautifully styled.

That’s not all, though, far from it: for your $58m, you also get a movie theatre, custom bar, gym and cigar room with an air-filtration system (handy). It all appeared Stallone installed two Rocky Balboa statues – one in the memorabilia room and one perched at the edge of the swimming pool, with one statue still seen at the end of the pool in photos.

Whether Adele will hold onto that one, remains to be seen.

This is not Adele’s first rodeo in LA, with the star already owning several homes in the area.

Adele’s snaps to the ‘gram were taken with great delight, seeing as it’s been a while since Adele and Rich were last pictured together, with the couple keeping their relationship mostly out of the public eye since the singer wrapped up her album promotional duties earlier this year.

The pair began dating early in 2021 and Adele opened up about what drew her to the sports agent in her chat with Oprah Winfrey last autumn.

‘He’s just hilarious. Oh, he’s so funny, he’s hilarious, yeah. And very smart. You know, he’s very, very smart. It’s quite incredible watching him do what he does,’ she said.

‘And just the easiness of it. It’s just been very smooth.’

Adele split from ex-husband Simon Konecki – with whom she shares nine-year-old son Angelo – before the pandemic and finalised their divorce last year.

However, they remain close and the singer is even said to have bought the charity entrepreneur a home across the road from the house she lives in with their son Angelo in Los Angeles.