Adam Sandler finally responded to the viral video that captured the moment he was turned away from a Long Island IHOP.

The former “Saturday Night Live” star was praised online for his positive attitude after he and his daughter were told by a teenage employee at the restaurant that there would be a lengthy wait to be seated, prompting the star to politely exit the restaurant. The teen shared a video of the brief encounter on TikTok and noted how embarrassed she was to have not recognized the famous comedian and movie star at the time.

Sandler was quiet about the viral video until Monday when he took to Twitter to make a brief self-deprecating joke about the incident and his diet.

“For the record, I only left the IHOP because the nice woman told me the all-you-can-eat deal didn’t apply to the milkshakes,” the star joked.

Dayanna Rodas was the “nice woman” who posted security footage from the IHOP chain she works at to TikTok along with a video of herself looking like a clown. The clown filter was there to highlight her embarrassment for not recognizing Sandler, who was wearing baggy shorts, a hoodie and a face mask to protect from the coronavirus at the time.

In a follow-up post, Rodas also noted that Sandler was sporting a large beard at the time, which she’d never seen him do publicly before. 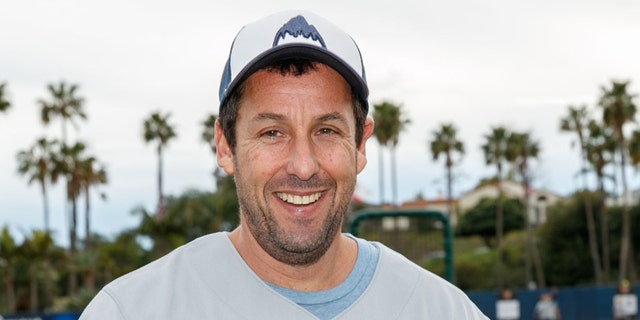 Adam Sandler spoke out about the viral TikTok video of him being turned away from a logal IHOP.
(Rich Polk/Getty Images for California Strong)

“Not realizing its Adam Sandler and telling him its a 30min wait and him ofc leaving bc hes not going to wait 30mins for IHOP,” she wrote on the video.

Although Sandler clearly looks disappointed in the video, many took to the comments section of the now-viral TikTok to praise the actor for not giving the staff member a hard time or flexing his celebrity status in order to get preferential treatment.

Instead, the video shows Sandler simply leaving the restaurant, presumably to find another place to grab a meal with his kid.