Asian Doll shares her heartbreak over the loss of her ex-boyfriend King Von in an upcoming episode of ‘Peace of Mind with Taraji.’

Asian Doll, 24, breaks down in tears talking about the death of rapper King Von in an upcoming episode of Peace of Mind with Taraji. In a heartbreaking preview EXCLUSIVELY obtained by HollywoodLife, Asian opens up to actress Taraji P. Henson about the grief she has felt ever since the 26-year-old was gunned down outside an Atlanta nightclub in November 2020.

“My whole world just crashed,” says Asian, whose real name is Misharron Allen. “I had never felt a feeling like that. It’s like I was just broken.” In the clip below, the heartbroken rapper also admits that, at the time of his passing, she and King Von were no longer on good terms. “I want to say like six days before he passed away, we had broken up and I was real hard on him. I was not trying to see him. I did not want to see him at all,” she says.

In the moving clip, Taraji, 50, comforts Asian, telling her that it’s healthy to grieve her loss. “It is OK to feel. You loved that man and he died suddenly,” she says. “He was taken in a senseless murder. You know that’s not something you just push through and try to cope with.”

Asian also admits that she never expected King Von (who was born Dayvon Bennett and can be seen in her tweet below) to die that way. “Yeah, especially I would never think that… nah, it’s impossible for Von to ever…go out how he did. I just never would think like ever…” she says before admitting that he was her “first love” and “first real boyfriend.”

Asian has been publicly mourning her ex ever since he was killed. “I’ll never be the same. I just hope you visit me in all my dreams. I just wanna sleep so I can picture us again. I just wanna close my eyes & never open then [sic] again… Von I’m gone,” she tweeted on Nov. 6, 2020, the day he died.

“My heart is gone,” she added in another tweet, saying that she was an “empty soul in a human body” and professing that she’d “rather die” than “feel this pain.”

The tragic, sudden loss of a loved one is something that Taraji can relate to as her son Marcel’s father – William Lamar Johnson – was murdered in 2003, in an incident reported by The Washington Post at the time. 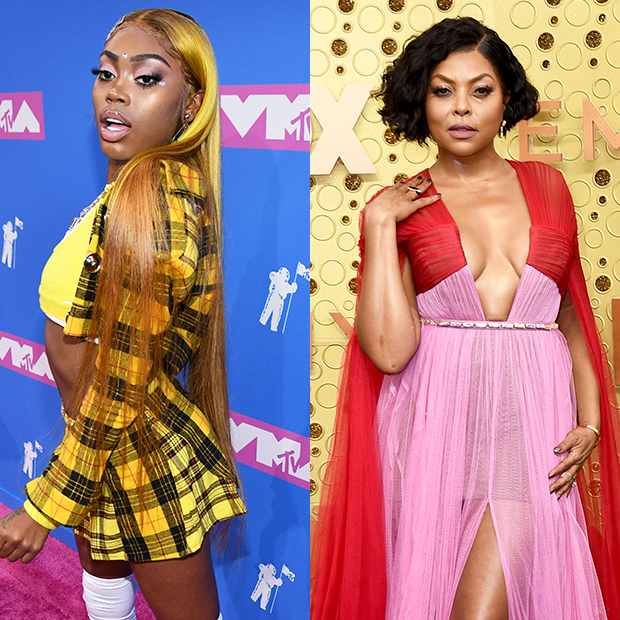 Taraji, who has spoken openly about her mental health, has been using her new Facebook Watch show, Peace of Mind with Taraji, as a platform to discuss therapy and processing feelings of sadness and grief. During a Dec. 23 episode the former Empire star even confessed that she thought about killing herself during the COVID-19 pandemic.

“I felt myself withdrawing,” she admitted. Asian Doll’s full interview with Taraji goes live on Facebook Watch on Jan. 4 at 9am PT/12pm ET.